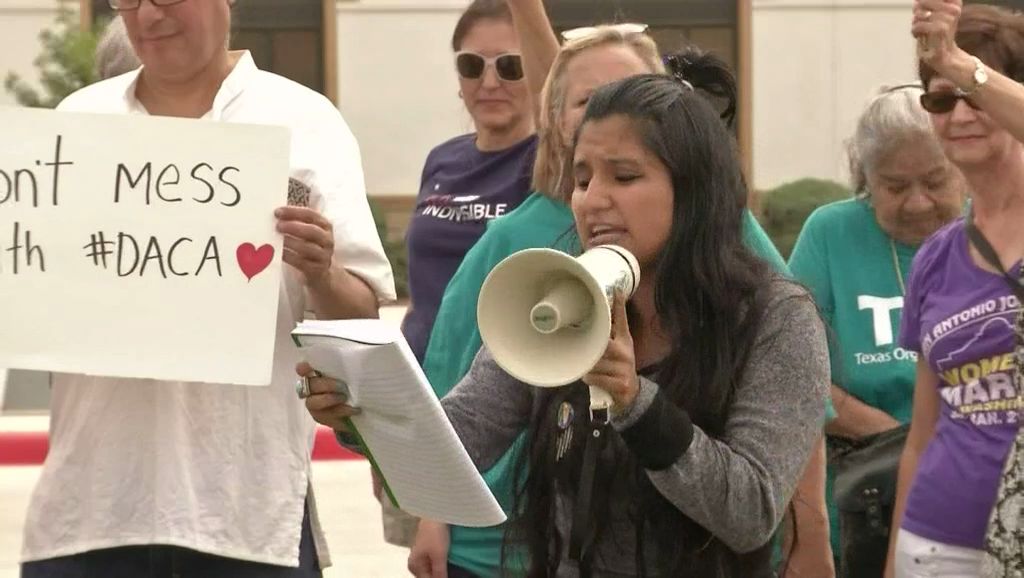 Protesters outside of Rep. Hurd's office call for Dream Act

SAN ANTONIO - As DACA's deadlines nears, several people gathered in front of Congressman Will Hurd’s office this on Thursday afternoon.

The demonstrators who gathered admit there’s fear and uncertainty on both sides, and they're hoping for a clean Dream Act bill.

About two-dozen concerned citizens with signs and loud voices showed up to make sure the Texas representative and others in Congress do not include enforcement add-ons to the Dream Act. They say it will hurt other immigrants.

Some of the demonstrators we spoke to worry about mass deportations, and the possibility of a border wall being included as part of the Dream Act legislation.

With DACA phasing out, many feel they are being left in limbo.

“The DACA recipients are waiting their whole lives, are on hold because – am I a citizen, am I not?” said Rosey Abuabara .

“Every day is like a countdown for us because we still don’t know what’s going to happen to us,” said Jessica Azua of Texas Organizing Project San Antonio

The groups says they’ve been trying to reach Will Hurd by phone, email and even in person for weeks, but they haven’t heard back from him.

Hurd's office released a statement saying the American immigration system is broken, and "this is why I have been working with my colleagues as a member of a DACA Working Group to provide a permanent, legislative solution for children brought here through no fault of their own. As I've said before, we should create immigration policies that strengthen our economy and keep Americans safe, which is why I am currently working to ensure that people who have only known America as their home can stay and continue contributing to our Nation's culture, economy and history. I am currently evaluating any and all potential legislative solutions in order to develop a plan that will ultimately get passed in both the House and Senate, and be signed into law by the President."