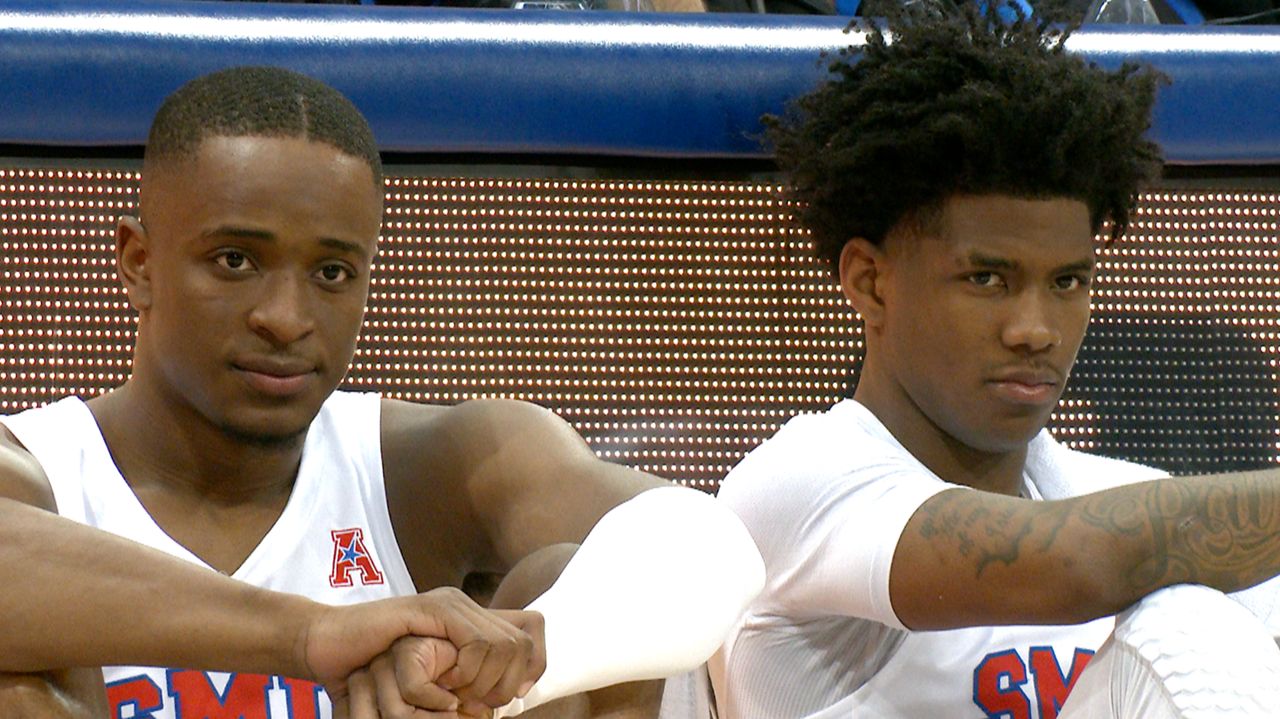 DALLAS — When you hear the starting lineup for SMU men's basketball, there are some familiar faces like Kendric Davis and Emmanuel Bandoumel, and then there are some new kids on the block. Zach Nutall is one of the fresh faces on the Mustangs’ starting five.

Nutall, who transferred to SMU from Sam Houston State, was groomed to be a basketball player from a very young age.

“Every kid has a dream to play until they’re 50 until they find out they may only play until they’re 27,” Nutall said. “I had a great seventh-grade season and the high school coach would always come down to the middle school to check up on us. That just put a bug in my ear that I had an opportunity to play at the next level.”

As a Southland Conference player of the year at Sam Houston State, Nutall was on top of his basketball world. But it was a world he wanted to explore more of.

“I feel like I could play basketball anywhere because I’m selfless,” he said proudly. “But I wanted to build something somewhere.”

So Nutall put himself on the market, which motivated one of his long-time friends and current SMU teammate Kendric Davis to make a move.

“When he was in the transfer portal, I immediately told Coach Jankovich he [was] there. Let’s get on it,” said Davis.

Davis admitted the phone conversation between the two was persuasive and successful.

“Well I knew he was a big Texas A&M guy being from Bryan,” Davis said. “So I was kind of nervous. He told me he was going to take the A&M visit and I was like, 'no you're not.'”

“If you know KD, you would know his mindset when he was recruiting me was confident. He felt like he had it,” said Nutall.

And in the end, he did. But that’s because the relationship between the two East Texas natives goes way back to their AAU days.

“AAU is a big deal for high school basketball players,” Nutall said. “My parents and I would butt heads because they just worked really hard. They were parents first who had to make sacrifices on work space and so many other areas for me to be OK.”

So AAU basketball was on the backburner of priorities in the Nutall household. But when he got his chance sophomore year, he shined.

“It was all just God’s timing for Him to bless my mom to retire,” Nutall said. “She made that sacrifice to drive to Houston three times a week [for practice and games]. She didn’t miss a tournament and here at SMU, she doesn’t miss a game.”

The Mustangs are poised to do something they haven’t been able to accomplish since 2017: clinch a bid to the NCAA Tournament.

“I want that for everybody,” Nutall said. “For the Weathers twins, this is their last time to play basketball collegiately together. We have Coach Jankovich, who people give the hardest time to. I can’t stand that. Don’t ask me why I want to win. I want to win so everybody can shut up about what we got going on. This is a hard fought program with guys who want to win as badly as anyone in the nation.”