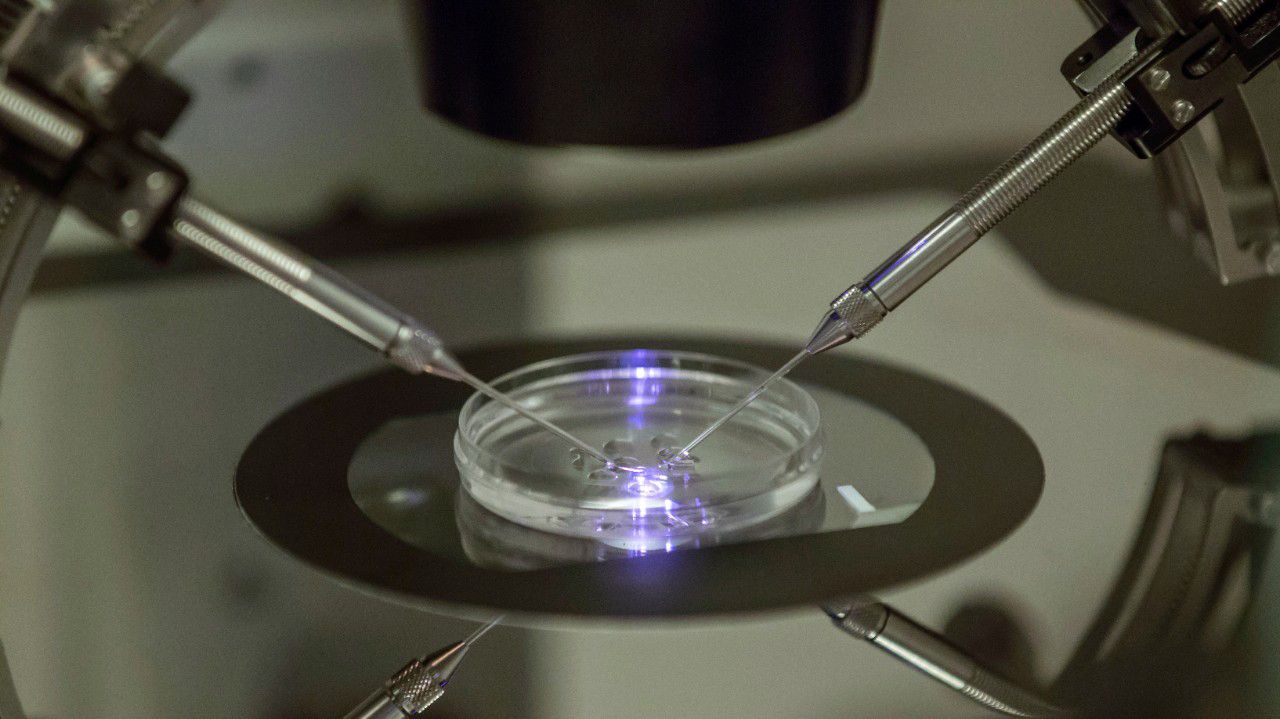 Following the Supreme Court's decision to overturn Roe v. Wade this week, some are concerned about the potential impact the ruling could have on people seeking IVF fertility treatments. (File Photo)

WASHINGTON — The reversal of Roe v. Wade may have unintended consequences for a surprising group of people — those who want a child but need infertility treatments or reproductive technology to grow their family.

Fertility doctors say the practice of in-vitro fertilization (IVF)  could be at risk in states with restrictive abortion bans. The treatment involves removing eggs from a woman’s ovaries, fertilizing them with sperm in a laboratory, and returning the resulting embryo to the womb to develop.

Many states with new abortion laws define personhood at the moment of fertilization, and it’s unclear if they will place restrictions on the handling of embryos in fertility labs.

“The language I’ve seen from a couple of states is very ambiguous and leaves us all wondering what is going to happen here,” said Dr. Eric Widra, the medical director of Shady Grove Fertility, a fertility company with clinics in eight states and Washington D.C., including Texas and Georgia.

Widra worries that some IVF practices could be interpreted as abortion under the strictest bans, which could affect what doctors do in the lab — where they create, test and, at times, destroy embryos.

”The vast majority of human embryos, whether they are created in a woman’s body or in a laboratory, are abnormal and never go anywhere,” Widra explained during an interview with Spectrum News at a clinic in Washington D.C. “We discard a lot of embryos, we also preserve a lot of normal embryos for couples to use in the future."

It can take several IVF cycles to create a viable pregnancy. As a result, doctors implant several embryos at a time. They also freeze them for later use and dispose of them if they are not needed or not viable.

Widra is concerned the treatment could be less effective if it becomes subject to restrictions from states.

“There are countries around the world where having excess embryos around is illegal, where we only fertilize one or two eggs," he said. "Yes, it’s much less effective and more expensive."

In some cases, IVF can lead to twins, triplets or even quadruplets — creating higher risks for the mother and the fetuses. In such cases, the new laws could prevent doctors from performing selective reduction procedures, in which they abort some of the fetuses to protect the health of those remaining and the life of the mother.

“It is way less common than it used to be, but it is necessary every now and then for crazy things that happen," Widra  said. "Embryos sometimes do unpredictable things. Those procedures would certain fall under those rules."

Officials from states like Alabama, Arkansas and Oklahoma say their abotion bans have no implications for IVF treatments. But other states have not yet clarified how far their bans extend, making the legal landscape unclear.

“You’re going to have chilling effects if you have laws like these — providers may be really worried about being at risk of criminal sentences, being in jail or fined,” said Sonia Suter, the director of the Health Law Initiative at The George Washington University.

Depending on how laws are interpreted, providers could face criminal charges for discarding embryos or if a freezer holding embryos malfunctions.

Health and Human Services secretary Xavier Bacerra said the federal government is working to prevent that outcome for IVF providers.

“We want them to know that we will work vigorously and closely with them to protect their rights to offer the health care that they were trained to dispense,” Bacerra said in an interview with Spectrum News.

Widra is now coming up with workarounds for Shady Grove Fertility clinics in states with restrictive new laws.

"That may mean transporting embryos to one of our facilities in a safe haven," he said. "It may mean even creating embryos outside of these states and sending them back to the patients."

“Everybody is freaking out and it’s OK to freak out over this," he added. "It’s a radical change in what we have known for 50 years. We are telling patients now, 'Let’s wait until these laws are passed, and make decisions together about how to protect your embryos.'"