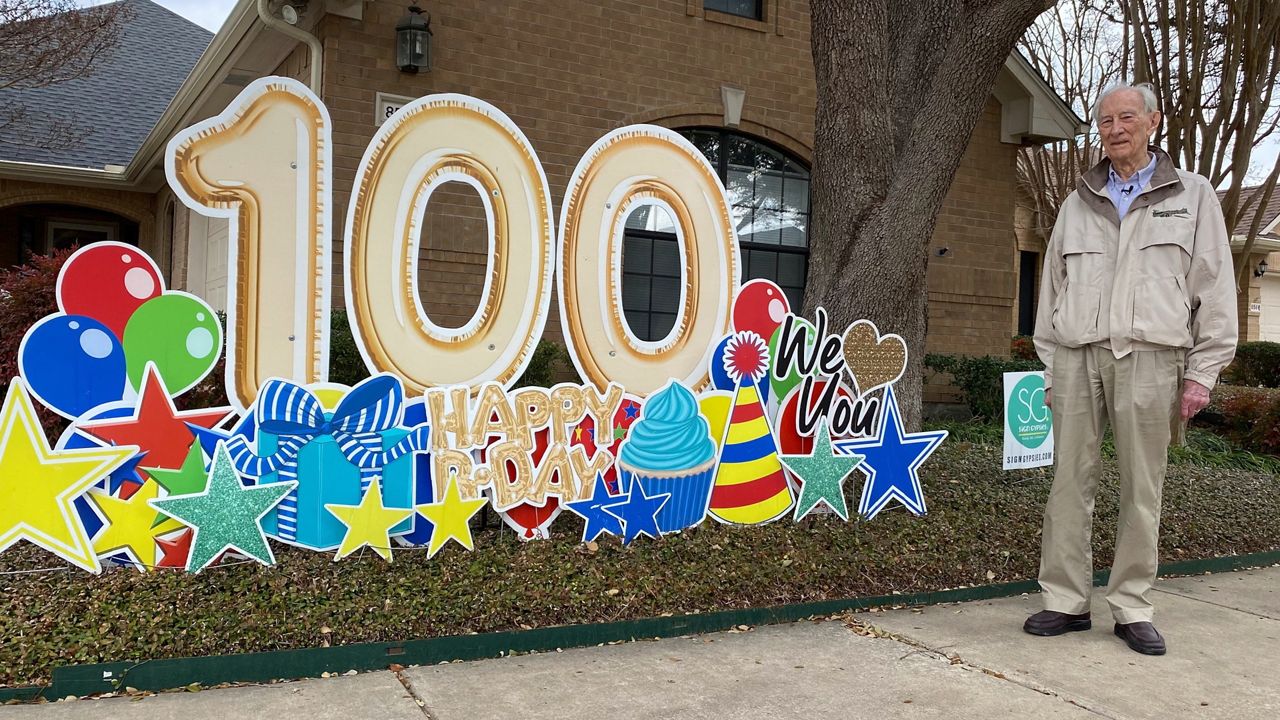 DALLAS — Texas is getting another centenarian and the City of Dallas is honoring his 100th birthday by naming March 16 as John “Lucky” Luckadoo Day.

“One in four crew members survived the war,” said Luckadoo.

It was a period in his life he kept to himself for over five decades after his service.

Having flown 25 missions as a B-17 bomber pilot, he said the traumatic experience is a chapter in his life where he “experienced terrible things, saw terrible things happen — was grateful to have survived it.”

The air war over Europe claimed the lives of over 26,000 men from the Eighth Air Force, exceeding the total WWII fatalities sustained by the entire Marine Corps. By the end of the war, over 47,000 of the 115,000 U.S. Army Air Force casualties were from the Eighth. 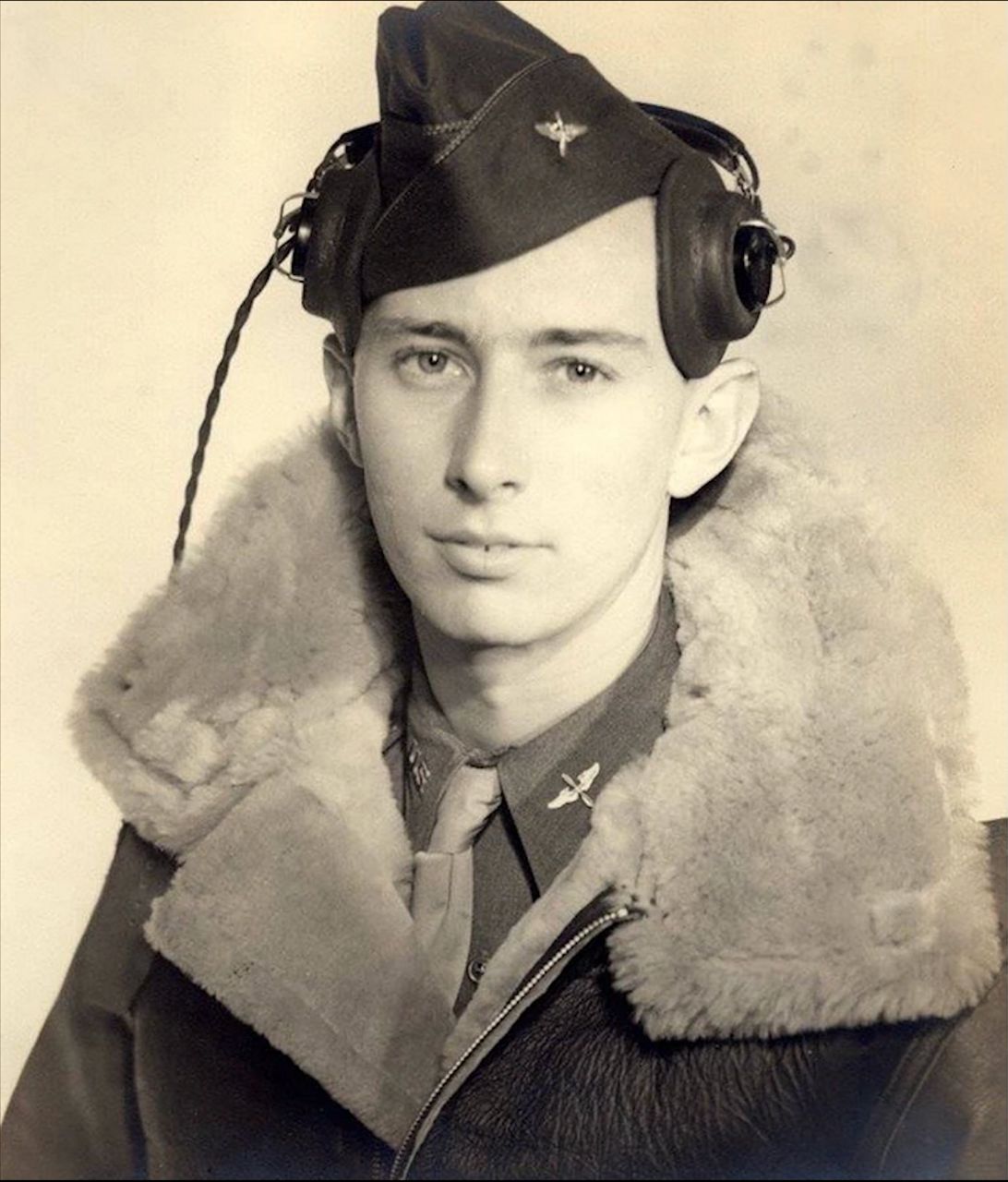 Luckadoo during training in the U.S. (John Luckadoo)

It’s those odds in which Luckadoo earned the nickname “Lucky” while flying bombing runs over Nazi-occupied France and Germany in 1943.

When asked what his secret to living to 100, he was quick to answer.

“You can take care of your body, and your mind, and your spirit, and your chances will be enhanced,” said Luckadoo. “But the bottom line is that it’s just a matter of luck if you survive.”

In recent decades, Luckadoo has opened up about what he witnessed during his time as a bomber pilot.

In 2020, the National WWII Museum in New Orleans profiled him. He discussed how the 100th Bombardment Group got the nickname “The Bloody 100th” and the mission during which that solidified that nickname.

“We went over without fighter escort initially,” said Luckadoo. “We performed strategic bombing missions daily, which the British objected to because they thought it was suicidal, and they were right, it was.”

Of the 40 men from his flying class that served in the 100th Bomb Group, only four completed a tour. 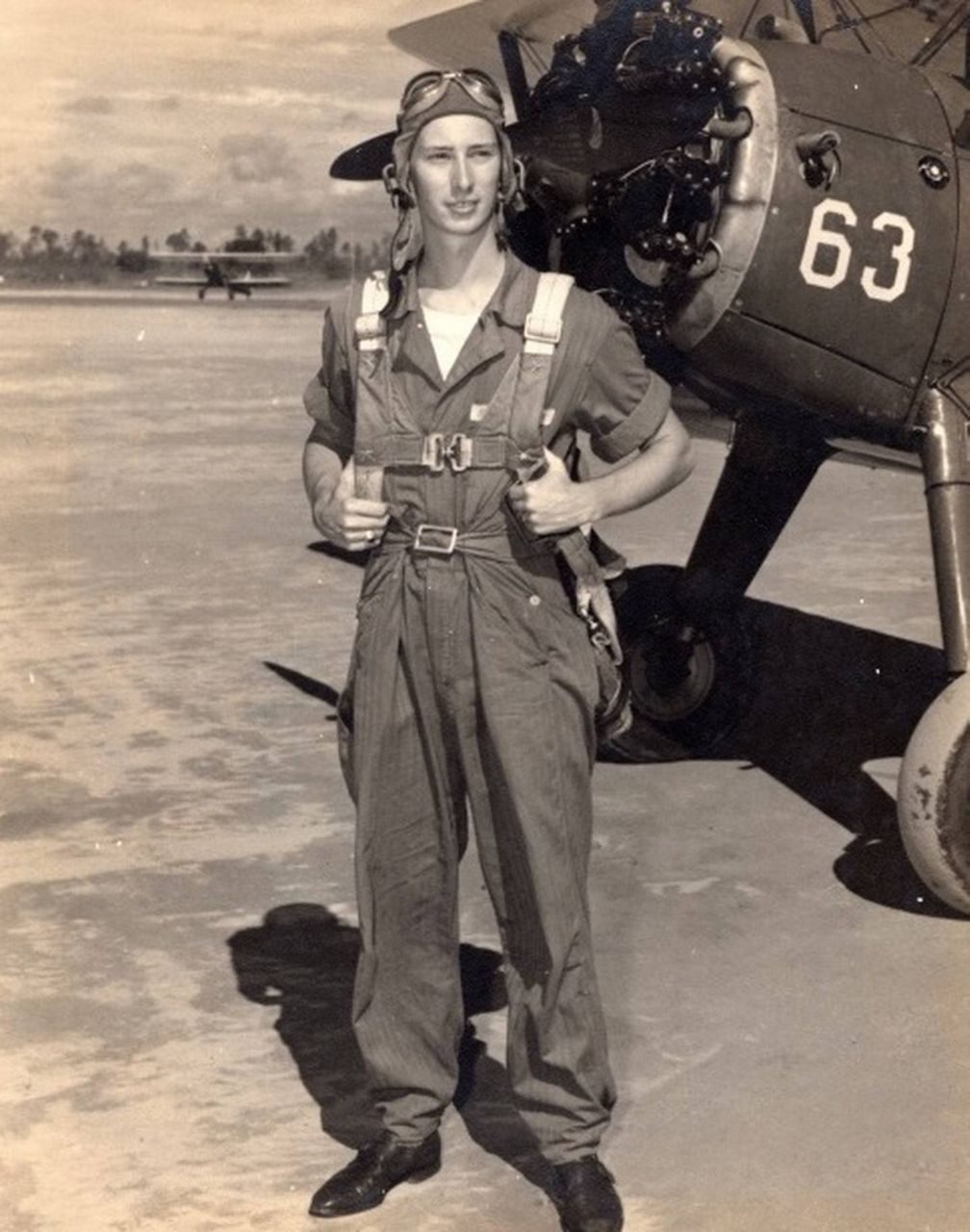 Luckadoo was a 21-year-old lieutenant when he was assigned to the 100th Bomb Group, the "Bloody Hundredth." As a major he served as a B-17 bomb pilot and squadron operations officer with the Eighth Air Force. (John Luckadoo)

Now, 78 years later, he’s proud to share his story and isn’t holding anything back in a new book “Damn Lucky” by war correspondent Kevin Maurer.

Maurer shares Luckadoo’s firsthand accounts, from war to peacetime, “uncovering astonishing feats of bravery during the bloodiest military campaign in aviation history, and presenting an incredible portrait of a young man’s coming-of-age during the world’s most devastating war."

“[It would] honor the Americans who kept the country going during war times.” said Luckadoo. “We owe them a tremendous debt of gratitude for all that they had to do with our prevailing.”

In his spare time, Luckadoo speaks with middle and high school students about this experience in the war. He said he wants everyone, especially young people, to remember a life lesson he’s valued over the last century.

“That is, to live each day to its fullest because it may be your last,” he said.

When asked if he has a life quote, he took a while to think about it. A smile grew on his face and he responded.

“My dear wife whom I lost five years ago would always say something that stuck with me: ‘Live high, love hard, die young and leave a beautiful memory.’”

He said those words have kept him young at heart.

During a birthday celebration hosted by Presbyterian Village North, the retirement community Luckadoo has called home for the last 12 years, the U.S. Air Force and the City of Dallas honored him and “The Bloody Hundredth.” 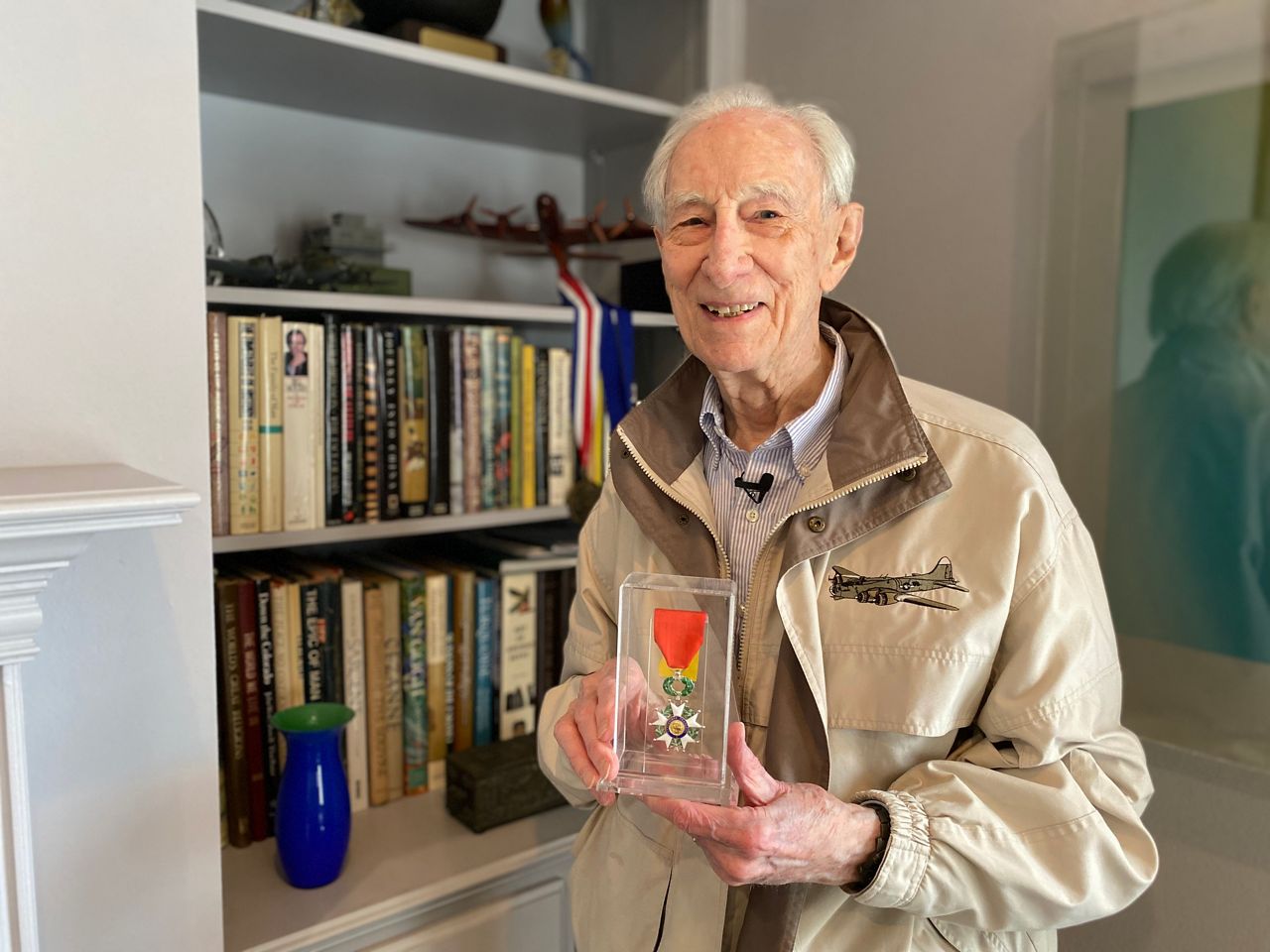 Luckadoo poses for a picture with his French Legion of Honor Award presented to him in 2014. The award is the highest French order of merit, both military and civil. (Spectrum News 1/Lupe Zapata)

Share your ideas with DFW Human Interest Reporter Lupe Zapata by e-mailing him at Lupe.Zapata@Charter.com