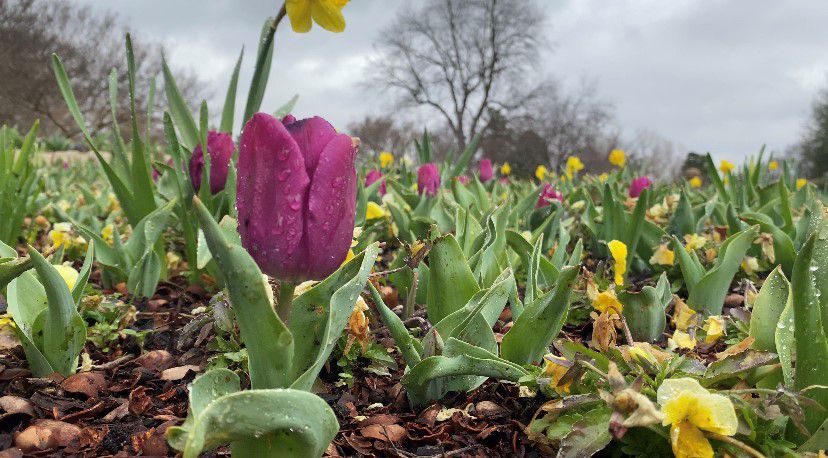 DALLAS — "Birds in Paradise" is the theme of the Dallas Arboretum’s 38th spring festival, Dallas Blooms. Despite winter weather delays, they’re excited to showcase this year’s lineup of half a million spring flowers.

Back in December, when the bulbs were being planted, Spectrum News followed a tenured volunteer through the gardening process. Mr. Gilpin is on his 12th year volunteering at the arboretum.

“I enjoy gardening. I enjoy being outdoors. I enjoy the arboretum,” Gilpin said. “I just feel like it’s a good thing to do.”

With a half a million flowers planted, he takes delight in being one of over 3,000 volunteers.

“When I come through, sometimes we’ll be somewhere where I can say ‘ I did that’” Gilpin said.

Volunteers plant in December with the hope the flowers bloom by the time the festival kick off in February.

“It’s an enjoyable, pleasurable place to be,” Gilpin says. “Whether I planted it or not, I think it’s always beautiful as everyone does. It’s just nice to see something come about that I had a little part in.”

Dave Forehand, VP of the gardens, says they put flowers so that they’ll bloom throughout the duration of the festival.

“They’re all different…” Forehand said. “There’s three types of tulips: early, mid and late. We’ll plant them all in the same bed.”

Though the bloom isn’t as full because of icy weather, Forehand says they’ll come out, eventually.

“The cold we’ve had it has slowed down the development of the blooms. They’re all gonna come, they’re just slow,” Forehand ensures. “We have daffodils right now and things that are coming. At the end, they’ll be 500,000 bulbs that will bloom throughout the gardens.”