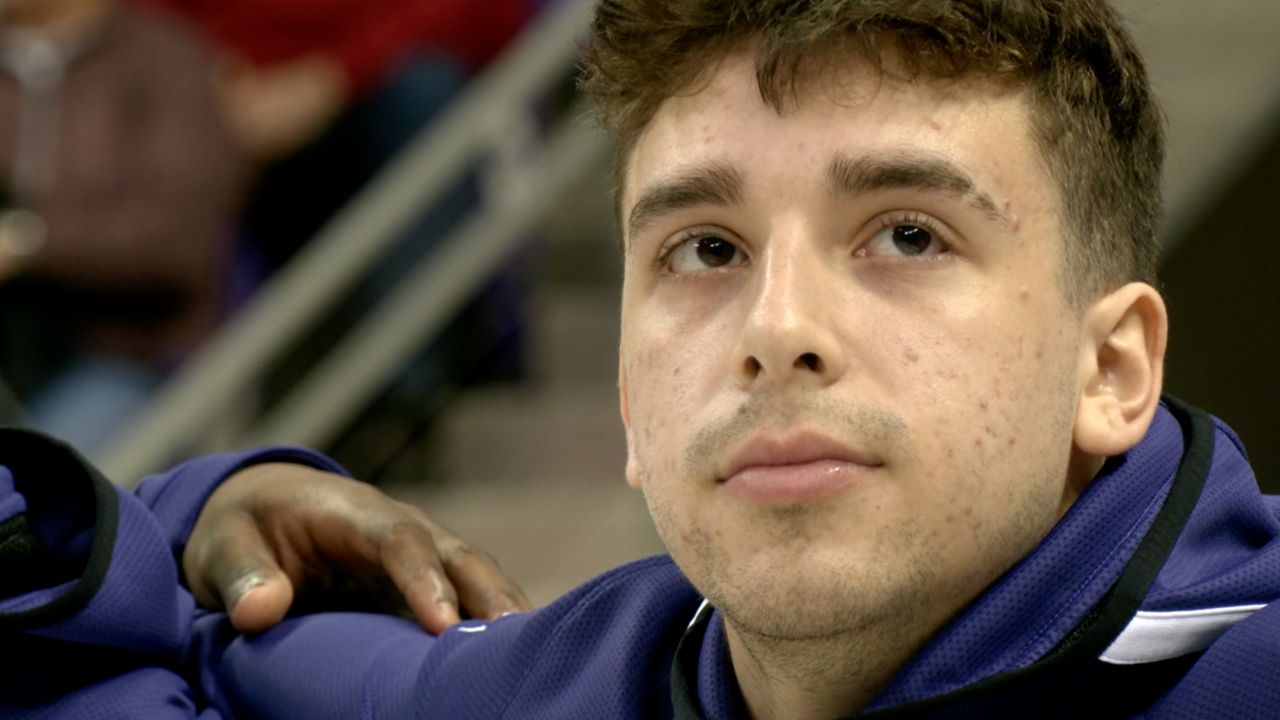 Francisco Farabello stands with his teammates for the national anthem before TCU’s home game against Oklahoma. (Spectrum News 1/Robbie Fuelling)

FORT WORTH — Everyone knows Texas Christian University men’s basketball star Mike Miles. Chuck O’Bannon is also just as well-known after the go ahead three-point shot that sealed the game against Oklahoma on Jan. 15. But where does Francisco Farabello’s notoriety stand?

Farabello’s basketball career began 5,000 miles south of Fort Worth, Texas in Olavarría, Argentina, which is where he picked up a basketball for the first time at the age of three and had someone to show him the ropes along the way.

“I started playing basketball because my dad was a professional basketball player,” Farabello said. “So of course, growing up I always wanted to be like my dad.”

His father Daniel Farabello played 23 years of professional basketball in Argentina and Italy.

“I talk daily with him,” Farabello said. “I used to call him twice a week, but now I call him every day. Sometimes I call during his siesta.”

The father and son stay connected from afar. The two share a bond and a dream. 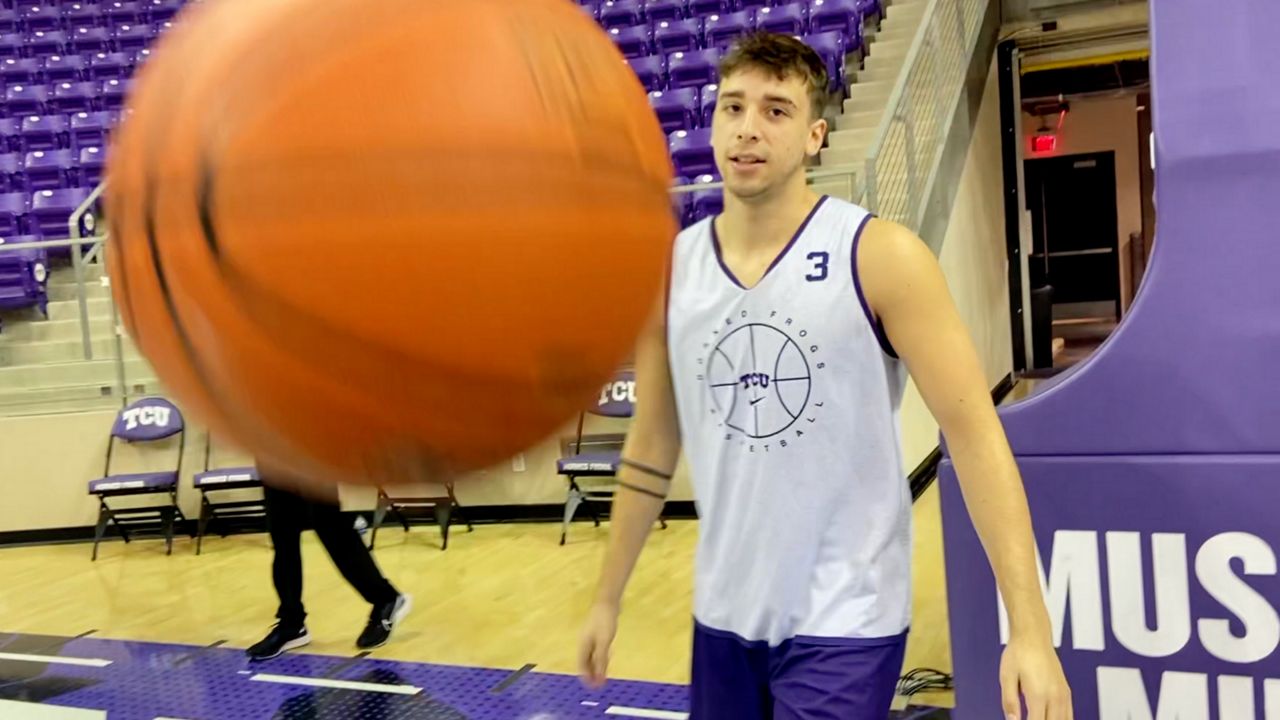 “Of course the NBA is a dream of mine,” he said. “It’s everyone’s dream, but we’ll see. I’m working day by day and focusing on this season right now,” he said.

But doctors discovered something else troubling.

“To come back [from COVID-19], we have to follow NCAA protocols and doctors found there was an irregularity in my heart. So, after talking to a cardiologist, my coaches and my family, I decided it was best to sit out the rest of the season,” he said. “Being removed from the game for those four to five months made me realize how much I love the game and how much I missed it during those times. So now, every time I step on the court I enjoy it 100%.”

Head coach Jamie Dixon, who recruited Francisco from the NBA Academy in Australia, knows how important his presence is with March approaching.

“We need him,” Dixon said. “We need him on the floor, we need him at practice and we need him to continue to develop. He’s our top three-point shooter and he’s becoming a better defender.”

Even though Farabello did not grow up in America, he still watched college basketball.

“They wouldn’t show a lot of college basketball back home, but when it comes to March Madness, they would show it,” he said with a smile. “When I saw [the NCAA Tournament] for the first time, I knew I wanted to go to college.”

His most distinct March Madness memory is when Kris Jenkins won Villanova the 2016 national championship with his buzzer-beater three-pointer.

“Every year we set the goal to go to the NCAA Tournament,” he said. “We want to bring attention to the school. It’s hard for us to make it. But this year I think we have a great shot.”