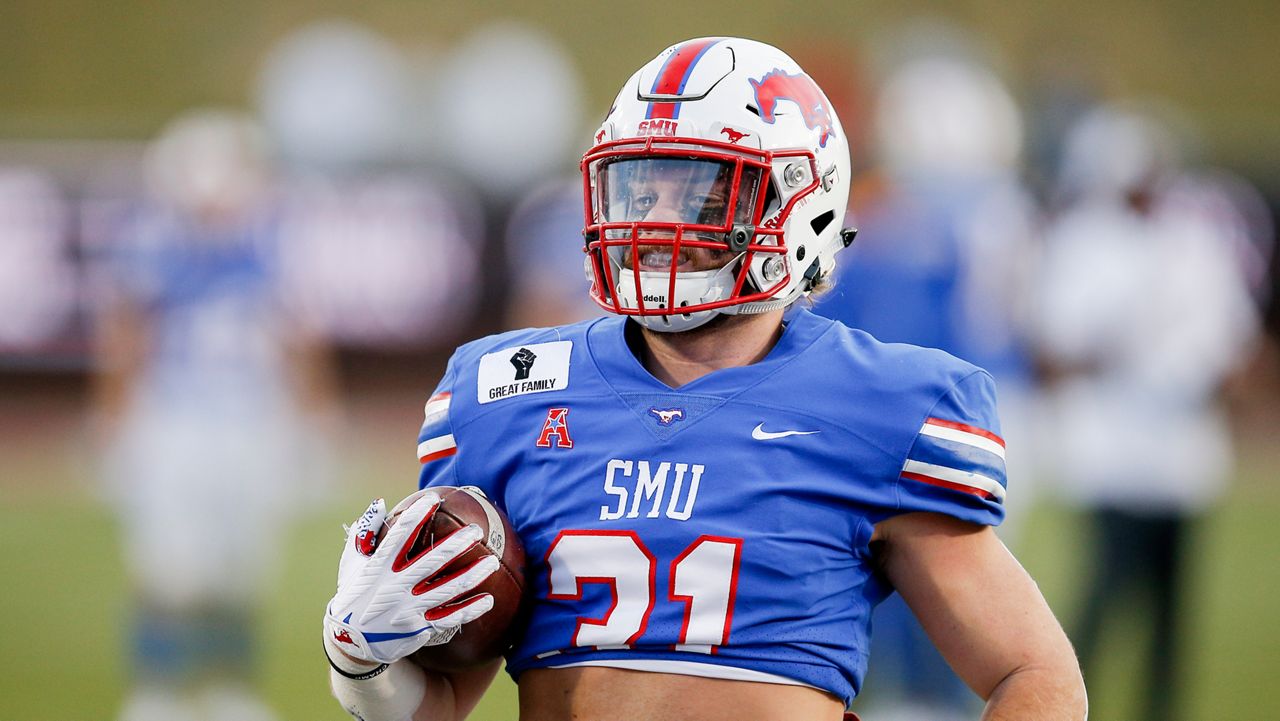 DALLAS — A lot of Southern Methodist University's success over the past few years stems from its offense. And if you take a look at the Mustangs’ backfield, there’s one player who stands out more than most: Tyler Lavine.

From his rugged beard, his Ezekiel Elliott-like crop top, to his old-school cowboy collar, Lavine embodies a look of a football player you don’t want to cross paths with.

“Bamm-Bamm is my nickname,” Lavine said. “That’s always been a thing with me growing up. I’m a head banger.”

Not a lot of players look like Lavine. But then again, not a lot of players play like him either. Within a short time span, he climbed the depth chart and became a main contributor in Dallas. His success story, however, is even more remarkable once you learn what preceded it. 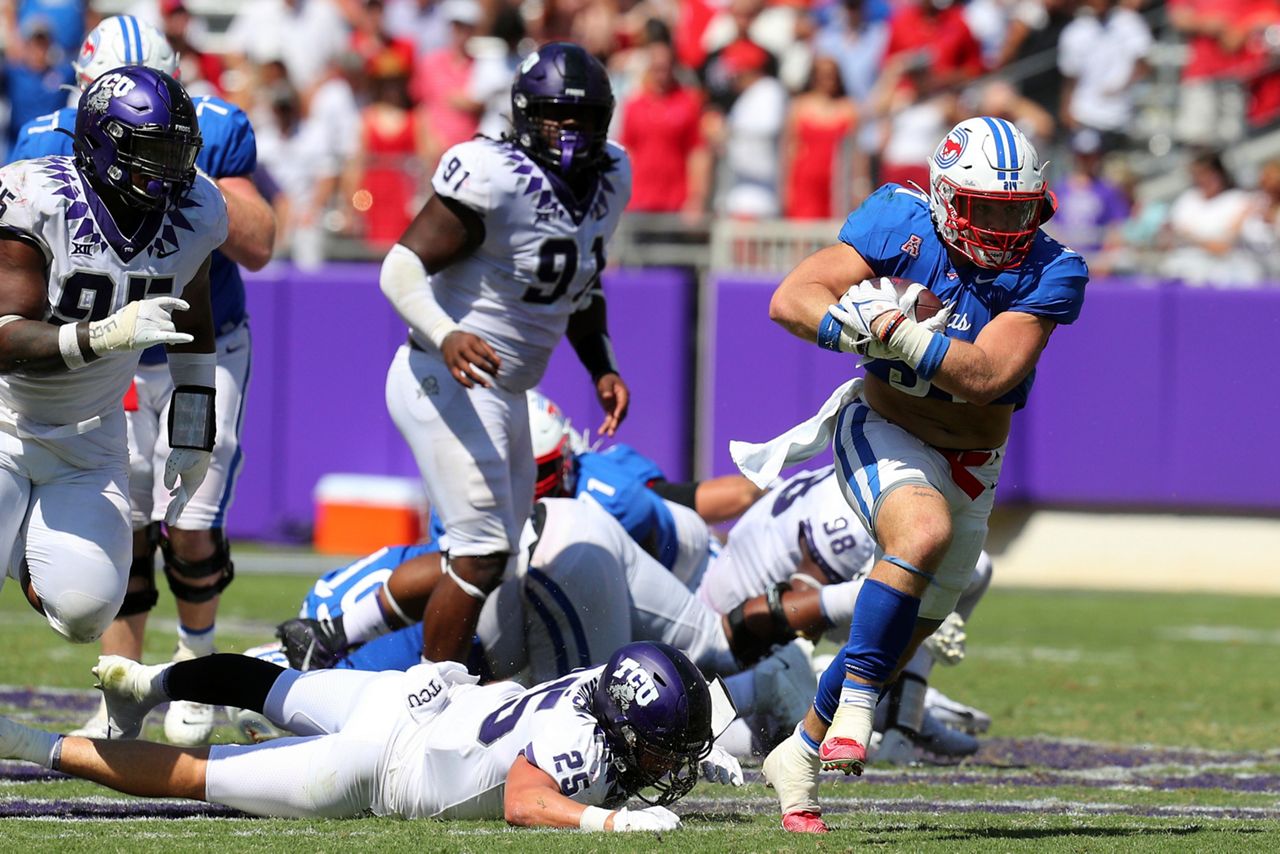 SMU running back Tyler Lavine (31) runs out of an attempted tackle by TCU linebacker Wyatt Harris during the second half this year’s Iron Skillet game. (Associated Press)

After winning a state championship at Cedar Park, Lavine enrolled at the United States Military Academy at West Point.

“You can’t really beat it. You have a job right out of college and you get to serve this nation,” Lavine said. “At the time, I felt like it was the best opportunity for me. I never really thought of joining the military but I definitely thought I could do it.”

His West Point days were short-lived, however. After breaking his foot in basic training, he went in for a routine check up to examine the severity of his foot injury. On the medical form, Lavine admitted to having chest pain.

“The reason I said I had chest pain before is because me and my brother were working out one time in the gym and I literally felt like my heart was beating out of my chest,” he said. “I honestly thought it was the preworkout I took.”

But it was far more serious.

“After I took my EKG, [the doctors] came in for the third time and I was like okay something is up,” he said.

“They said I was lucky I haven’t died,” Lavube said. “It’s one of those things where your heart can stop randomly.”

Lavine got surgery immediately but was told he could not return to West Point for an entire year.

“God definitely had West Point as a part of my story. But I just felt like it was leading towards something else,” he said.

That happened to be SMU. When he got to Dallas, however, his spot on the team was not solidified. He had to walk on and earn a scholarship.

“I didn’t want my parents to be paying for that,” said Lavine. “ So I told my mom to give me one year and I promise it’ll be free after that."

The rest is history as he’s been a major factor in bringing this program back from the dead.

“I was super blessed to come to SMU and be a part of a team that’s changed this program around,” he said. “I feel like everyone has been killing it. Everyone sees the end goal and I think we can keep going.”