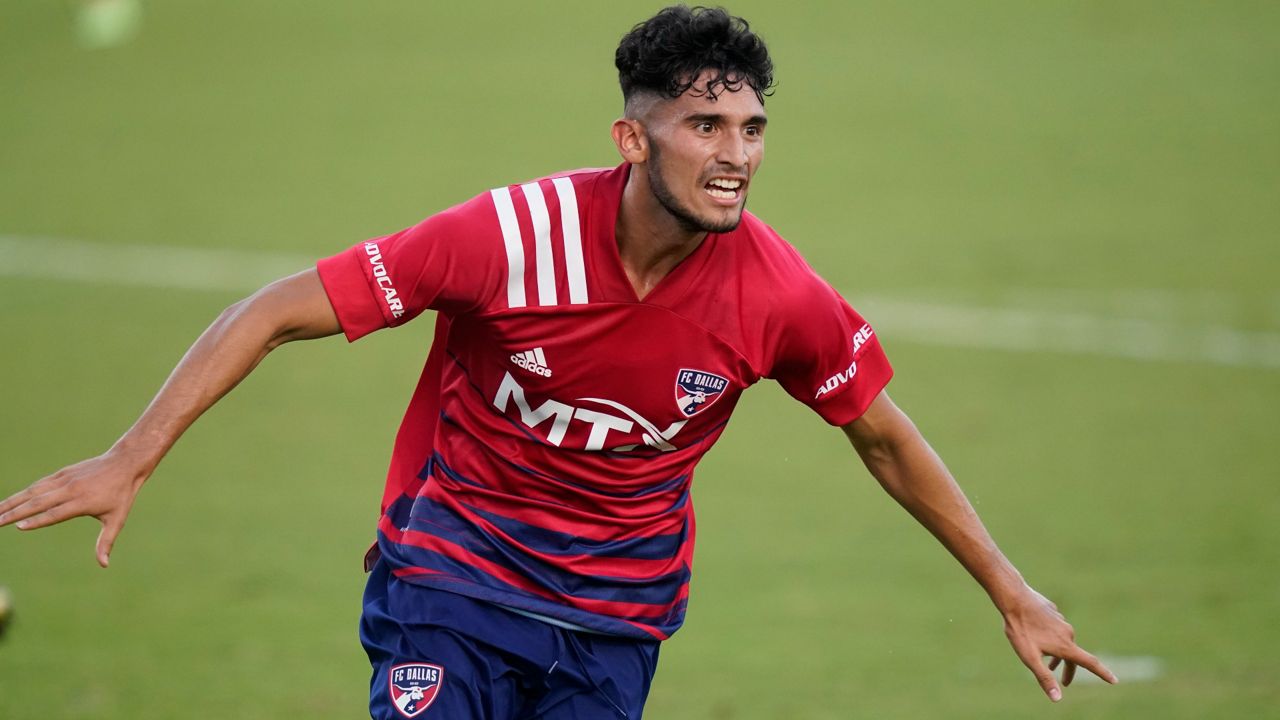 FC Dallas forward Ricardo Pepi (16) celebrates his goal during the first half of the team's MLS soccer match against the LA Galaxy on July 24, 2021, in Frisco, Texas. (AP)

Ricardo Pepi: The face of FC Dallas, the future of U.S. soccer

DALLAS — FC Dallas will not win an MLS Cup this year. But there’s one man on its roster who has a chance to win a World Cup in 2022 and do so with the stars and stripes.

His name is Ricardo Pepi, the face of FC Dallas and now one of the biggest stars in U.S. soccer.

The 18-year-old from El Paso, Texas, became a household name on the world stage after drilling the go-ahead goal against Honduras to send the USMNT home with a much-needed victory in the World Cup qualifying round.

“It was amazing to represent the whole country,” Pepi said. “It’s a feeling I’ll remember for the rest of my career."

Ricardo’s story begins 600 miles west in El Paso where, at 4 years old, he picked up the game of soccer. It didn’t take long for his father to grasp the understanding that he was born to play this game.

“[My dad] always told me I was different from the other kids playing in El Paso,” Pepi said. “For me at 10 years old, that’s when I first started noticing I could really make it as a professional.”

But in order to make it, Pepi had to make some tough decisions. At age 13, he moved to Dallas to play within the FC Dallas Academy, leaving his family behind.

The move has paid dividends clearly. But that mental strength of his was tested again this year when Pepi had to make another career-defining decision: Play for Mexico, his parents’ home country, or play for America.

“I chose the U.S. because they gave me an opportunity. They always gave me the opportunity to represent this country in a World Cup qualifier,” Pepi said. “Not a lot of people get those chances. So I took the opportunity and made the most out of it.”

Pepi's coaches and mentors think highly of his accomplishments on both the national and international stages.

“He is a natural goal scorer,” said FC Dallas head coach Marco Ferruzzi. “Guys that are goal scorers never leave the field happy until they are satisfied or until they score a goal. He lives that every day on the pitch."

“[Playing for the USMNT] is a special feeling,” said Pepi. “It’s another opportunity for me to take the field. I will never get a chance to have this feeling again so I’m taking advantage of it right now.”