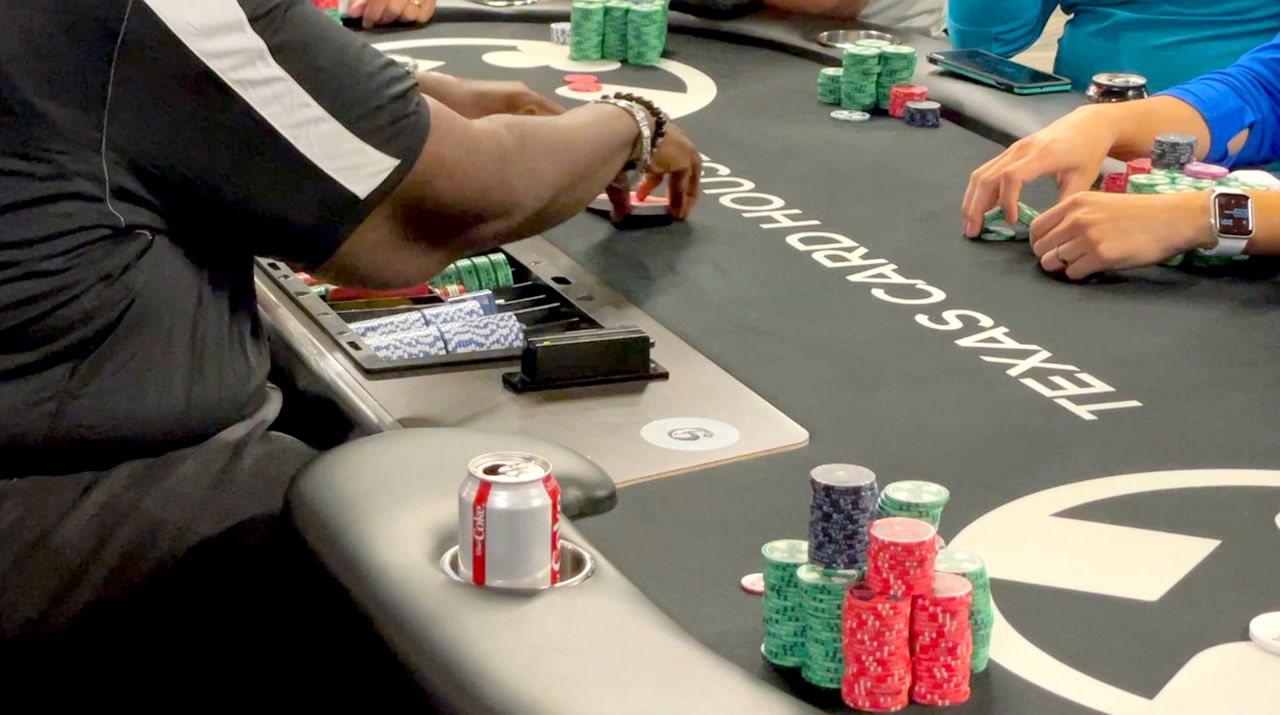 DALLAS — Texas is one of the strictest states when it comes to gambling, and the legality of poker rooms is argued often. Dallas approved its first official poker room, Texas Card House back in 2020, which is still operating today with plans to expand.

But District 12 Dallas City Councilmember Cara Mendelsohn is pushing for a change to the city code, so future poker rooms can’t open in a retail space without a specific use permit or consideration of nearby residential zoning to prevent them from opening where they aren’t wanted. 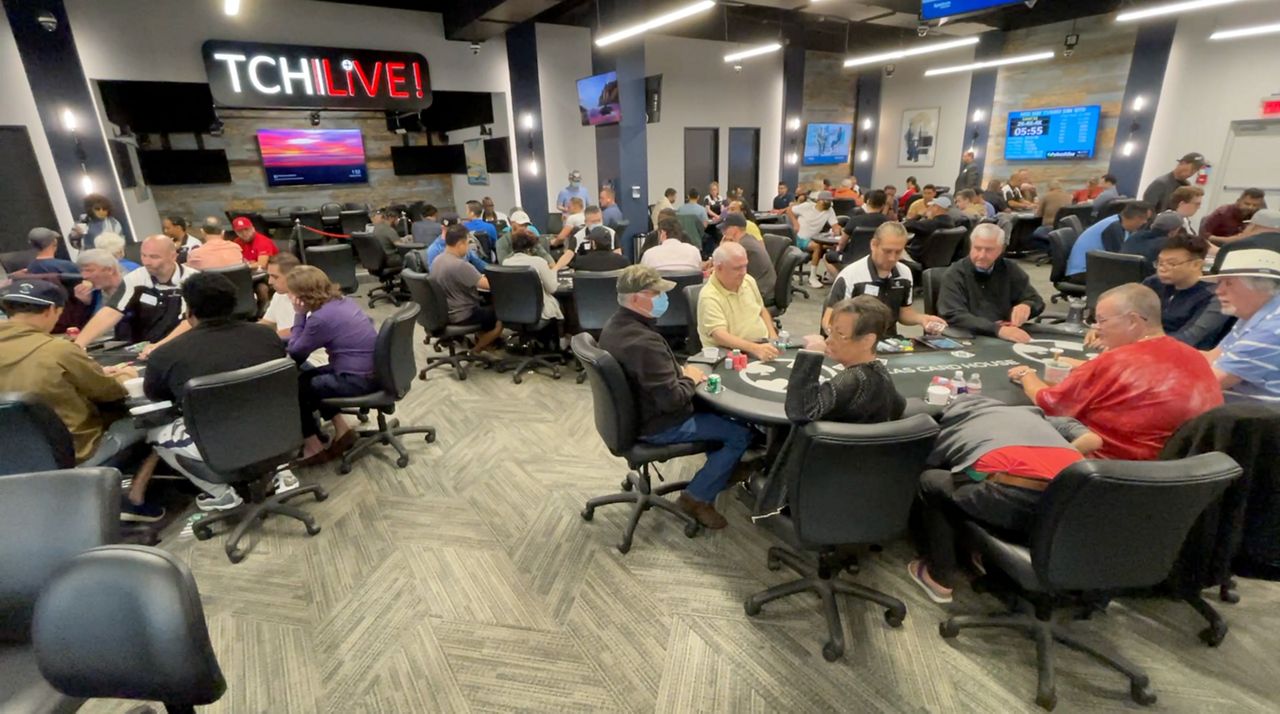 "Poker rooms are not going to be welcomed in communities where they back up the single family housing. For the city, I think we need to look at entertainment districts and ways that we could encourage people to be able to get together in a safe and legal way, not sure that this business model fits that definition though,” Mendelsohn said. “Perhaps, there's a better place for [poker rooms], if it's even legal, which I think is in question.”

The legality of poker rooms is up in the air, depending on who you talk to. Many people will say poker rooms that are “legal” are able to operate due to a “loophole” in Chapter 47 of the Texas Penal Code.

"In Texas, most forms of gambling are illegal. But in the penal code, there’s a way to run a private club that gives you a defense against prosecution for illegal gambling,” said Texas Card House CEO Ryan Crow. "And ultimately there's three things you have to do. You have to play in a private setting, so we run as a private club. The second thing is you can't have an economic benefit from the gambling itself, so we don't take a rake. We do operate in a manner that we essentially charge by the hour to be within the facility. And the third thing is everyone has to have an equal chance of winning.”

Crow said games such as blackjack, craps or roulette, where there's a house advantage, are illegal. The only games run at Texas Card House are ones where it's player versus player, and there's no house component to it. 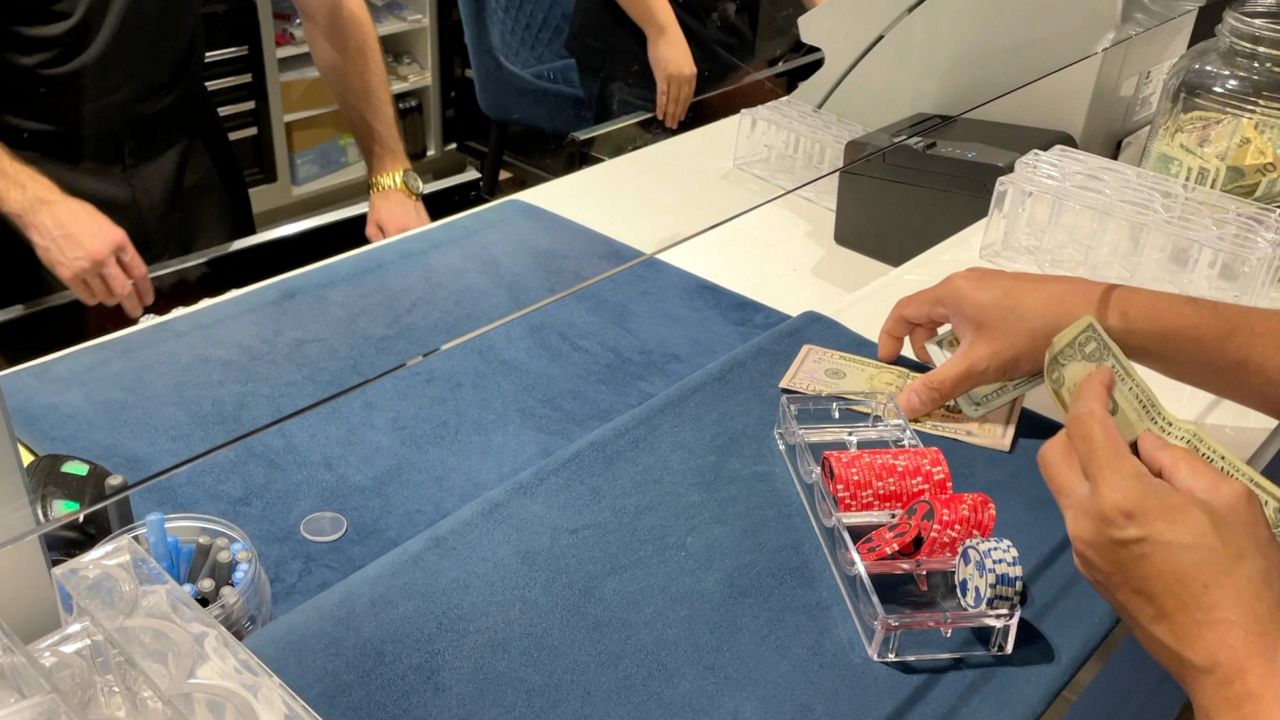 "Poker has been in Texas since, I mean, it's called Texas Hold'em. I mean, the game that most of these guys are playing originated here. And, you know, all we're trying to do is give people a safe place to play. Because poker has been in Texas, it never went away, it just got pushed underground. And when things get pushed underground, good things don't happen. And so we're trying to bring poker in the limelight. We're trying to take the stigma out of poker. It's safe, it's fun. And done in the right atmosphere, it can be for everyone. Players haven't had a lot of options when it comes to playing in legal places. You either have to drive to Louisiana, or you have to drive to Oklahoma or you got to fly out to Vegas. And so, we feel that one of the biggest things that we offer is a safe place to play poker. A game that you see on ESPN, you know, five nights a week.”

Crow says there are many games operating underground in Dallas and around the state, but he says his poker rooms have actually caused the number to go down.

“In speaking with the authorities here in Dallas, it does sound like there's a little bit of a gambling issue, or illegal gambling issue in Dallas. I think a lot of it is around eight liners. But as far as poker rooms go, there are a number of them. I have not been to any of them myself, so I can't speak to the types of games that are being run, but I know that they are pretty prevalent. And when something goes wrong in those games, they're very unlikely to call the police or do something about it,” Crow said. "Having a safe and legal place to play is important and we actually have seen in many of the cities that have these clubs, the underground scenes or the illegal games actually tend to go away over time. And we essentially put them out of business, for lack of a better term.”

Mendelsohn says Texas law states gambling is illegal, no “gray areas” about it. She says poker rooms are unwelcome in District 12, and if anyone pursues gambling in Collin County, the District Attorney is “happy to prosecute them for illegal gambling.”

"Gambling is illegal in Texas. So, if the poker operators want to make it legal, they need to get themselves to Austin and get them to pass a bill. But right now, when you look at Chapter 47, it seems pretty clear that it's illegal. They would argue that there's some gray space in there. And so probably, this is headed to a lawsuit. Whether that happens because of Collin County, or whether that happens because of somewhere else doesn't much matter,” Mendelsohn said.

Mendelsohn’s district spans three counties, Collin, Denton and Dallas. She says the City of Dallas did approve two SUPs in the past, but even at the time, there was “gray space.” She said the city attorney is “revisiting" and “doing some additional research into the law.”

"I'm not going into a poker room. That's not my interest. I'm not opposed to poker. My husband plays a monthly game and has for 20 years. His poker games are not gambling. His poker game is playing cards with friends, drinking a beer and having some M&M’s. So it's sociability, but there's nobody winning money,” Mendelsohn said. "And so literally the part that makes this illegal, from what I read, I'm not an attorney — is that somebody is making money in these establishments. Whether that's food sales, alcohol sales, renting a chair, a fee to walk in the door, somebody is making money off of poker. When we talk about a game in somebody's home — which I have no problem with — nobody's making money other than the players themselves, which is legal in Texas. It is actually one of the specific exemptions."

Mendelsohn also raised the point that while the penal code states it’s a defense to prosecution if the “gambling occurred in a private place,” anyone could become a member at a poker club, so it should be clarified as a cover charge.

“They talk about the whole notion of, ‘Is it public or not public? Oh, people have to pay a membership when they come in.’ But if anyone can become a member, that’s public. That’s just a cover charge,” Mendelsohn said. 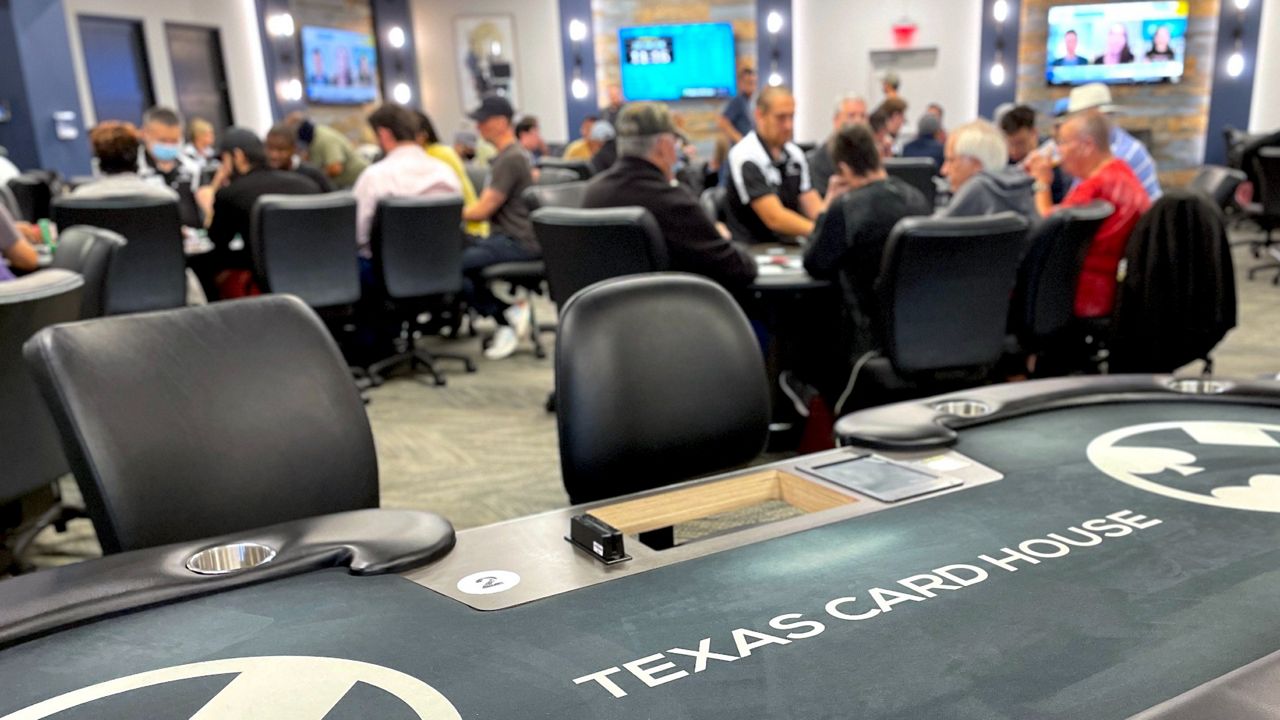 Crow says while its membership requirements are not stringent, TCH doesn’t just let anyone in.

"We take their driver's license, we scan it, we get all their information on file. They have to pay to become a member. But yes, I mean we don't have a very stringent membership policy, but we do, if we have problems with players. We do run background checks on them and we exclude people all the time,” Crow said. “So, yes we actually have a pretty healthy list of people who are banned and are not allowed to enter in our club. And so not everyone's just allowed in."

Crow says he’s not against Mendelsohn’s desire to require SUPs. He says he just wants the public to not be afraid of poker rooms, or have the wrong idea about the way they operate.

"It actually took us over two years to get this club open. It's very difficult to find a location, especially in a new city where there are no clubs. We just wrapped up going through the SUP process for the second of our locations here in Dallas and it's very challenging. However, it has its value. When we first tried to get our [initial] SUP, we were contested by someone who was essentially next to us. We brought them in, we showed them our club in Austin, and they subsequently essentially withdrew their opposition to it. We went to city council and we were able to get our SUP. And while it's very difficult, it can be challenging to get. I'm not really opposed to that, requiring those for clubs to make sure the clubs are doing the things they're supposed to do to contribute positively to the community," Crow said. "And so I don't think it's a bad thing for cities to have. I will say it's not easy and it definitely creates a barrier to entry into the market. However, you do know if you get an SUP that the area you're going into, that your neighbors know who you are, you're welcome, and they see you as a contributing member to the community and not a black eye.”