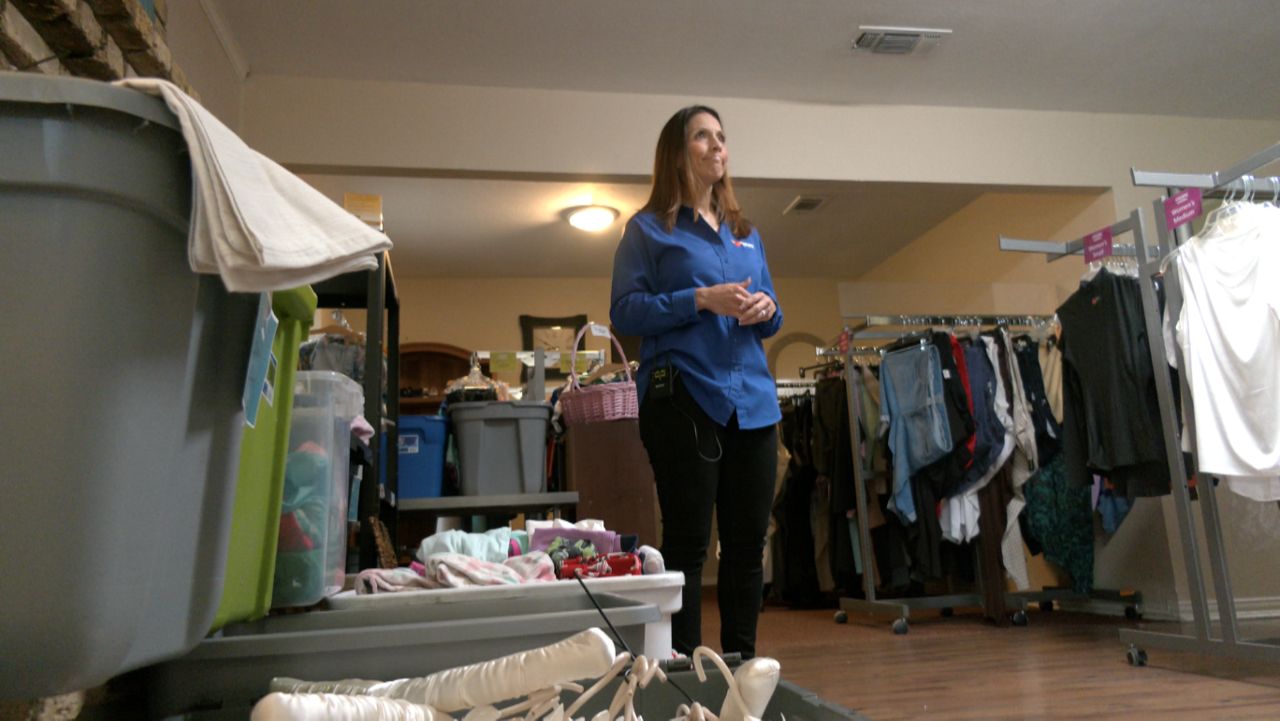 LEWISVILLE, Texas — For some people it’s hard to ask for help when they’re struggling to make ends meet.

Frances Peters said she and the volunteers at Heart of the City in Lewisville saw that stigma all the time as they tried to feed and help people in need, so they decided to try a new approach.

The small clothing boutique spans three different rooms. Inside each are large racks of clothes, accessories, baby and kids items, and footwear. Pam Tetrick, who volunteers at Graham’s, said she looks at it a lot like a Marshalls or TJ Maxx with hidden gems constantly showing up as she goes through the racks.

Peters said all the items are donations from individuals and some partnering stores that pass along extra inventory to Graham’s. Peters said you’ll only find clothes in the best condition on her shelves. Something you won’t find in Graham’s are price tags.

Everything in Graham’s, as the name suggests, is totally free. According to the Heart of the City’s website, the organization doesn’t require anyone to qualify to use the store. Shoppers have to make an appointment to come in and follow a time and item limit.

Peters and the store’s namesake Vicki Graham said that the intention is for the clothing to go to those who need it and are having trouble making ends meet. Graham said most of their clients come directly over to the store after visiting the organization’s food bank.

Peters said simply labeling the store as free without qualifications makes it easier on clients who may be hesitant to visit a clothing charity.

“They’re a little bit hesitant to even walk through the door, but then whenever they come in their eyes get real big and they’re like, oh wow!” said Peters. “That’s one of our main goals: to make sure that they know they’re loved, valued, and that they have purpose.”

Tetrick said that’s partially why she keeps coming back to help at the store because she knows what it’s like to overcome that stigma and ask for help. Tetrick said she first came to Heart of the City when she was struggling. She found the food bank was a way to fill in some of the gaps in her finances and feed her and her two grandkids while she got to a better financial place.

Now that she’s back on her feet, she said she’s happy to see others walk into Graham’s..

“They’re overwhelmed too. Especially newborn mothers with the baby clothing,” said Tetric. “I appreciate everything that they’ve done for me and now I want to give back to them.”

Peters said, so far, the free clothing store has helped a lot of people in need and seems to be doing the trick in helping someone overcome the feelings that have held them back from the help in the past.