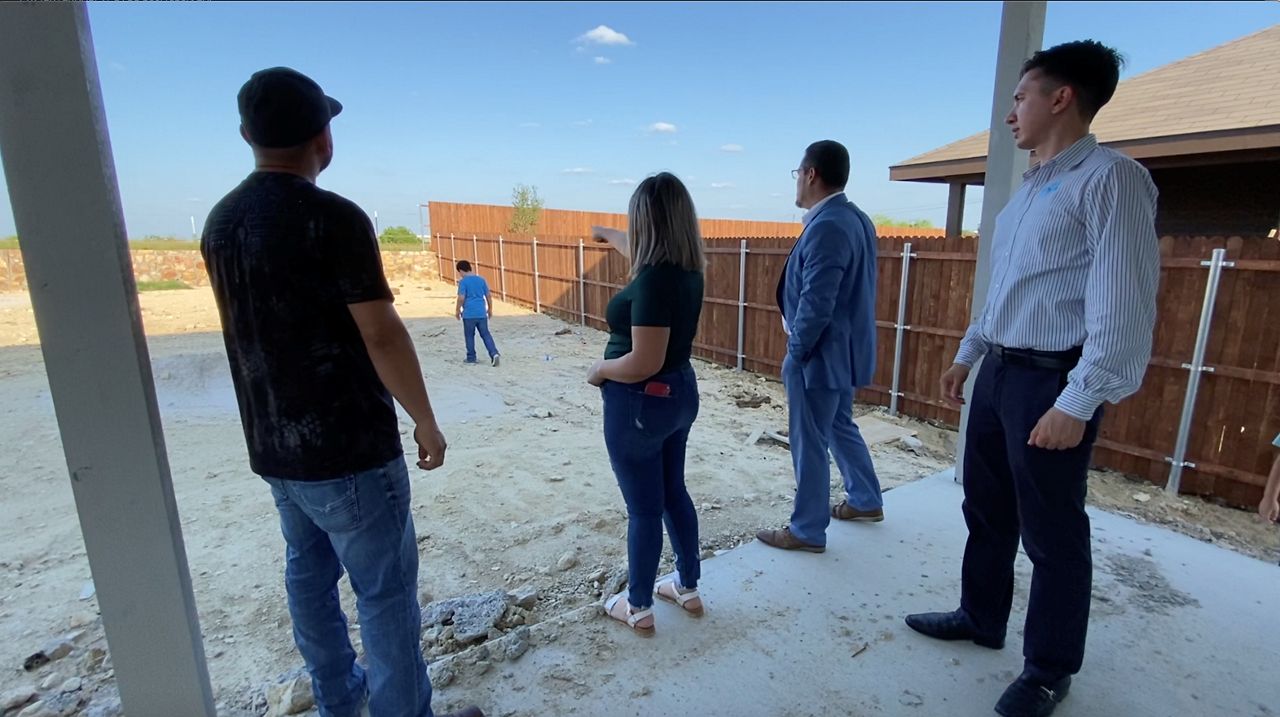 FORT WORTH, Texas — Texas’ real estate market is booming. Cities like San Antonio and Fort Worth have gained a significant amount of new residents to position them in higher ranks among the country’s top cities. Fort Worth is the 12th biggest city in the United States. Many people are looking into new homeownership, yet new home prices keep increasing.

Factors like high building material costs and low inventory are making it even harder for families to seal the deal on a new home, because it could end up costing more when it is completed.

In far west Fort Worth, the Alcocer family has been checking on the progress of their new home at least once a week ever since they got a contract in January.

“It’s been a long wait,” said Veronica Castillo, who gets very excited each time she visits the site where her future home is being built.

The family is anxiously waiting for the brand new house to be completed, with all the amenities they hope to enjoy by the end of the summer or fall.

“The island is going to be here. I’m not exactly sure how this set-up is going to be. This is probably the sink, the pantry. I’m excited about the pantry,” said the mother of three young children.

According to the family’s realty group, the home should be finished in a couple more months. It has taken longer than it normally would because of delays. Builders in Texas and across the country have encountered disruptions in manufacturing and distribution of construction materials. 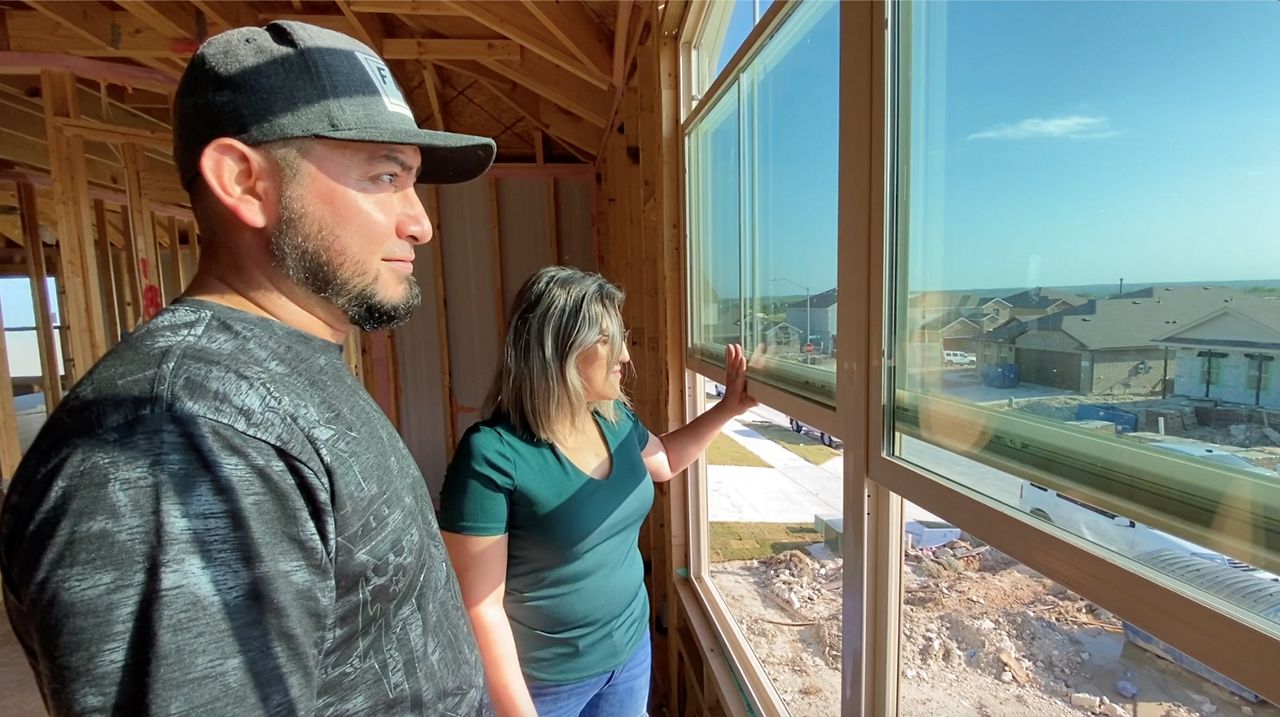 Celedonio Alcocer and Veronica Castillo looking out the window of their new home to the street. (Spectrum News 1/Magaly Ayala)

Real estate agent and industry professional, Fernando Espinoza, attributes the issue to low production during pandemic lockdowns. Espinoza said even though things are picking back up, it will take time for demand and supply to level up.

“There’s been a delay. We’re supposed to have closed this month,” said the team leader of Espinoza Realty Group.

Fortunately for the Alcocer family, their realty team locked down their price in early 2021. Otherwise, they could have paid a higher price for the home at the time of completion. Lumber, which has increased by 288% since April 2020, is one of the materials making new home prices rise by tens of thousands of dollars.

“A lot of times they already picked out colors, picked out different amenities and all of the sudden, the builder, now their budget went up and they can’t commit to the price,” said Espinoza.

Espinoza recommends that people work with builders and agents that help guarantee a price from start to finish. He also recommends that buyers ask builders to allow enough time in a contract to resolve any potential issues in writing.

"So just say, you know what's right up front, 'I know you’re promising to be done in four months, well why don’t we secure the contract and we’re okay. Let’s do it for eight months,'” advised Espinoza.

The only thing the Alcocers have to do is stay on top of the building process until they get to the finish line.

“Any document that they request, I find a way to get and submit quickly,” said Castillo’s husband, Celedonio Alcocer.

He also said he’s making sure his income stays the same or increases during this time, because he knows any changes can play a part in being out of the game.

"Either way I think it’s nerve wracking. Sometimes I still get worried that they might not sell me the house at the end,” he said.

Many other buyers would be glad to purchase the Alcocer’s house, if anything went wrong.

“Texas market is no longer a local market. We don’t only have buyers from DFW, but we also have buyers from California or Florida or other states. So Texas is growing, that's a fact,” said Francisco Almeida, Real Estate Agent with Espinoza Realty.

For now, the Alcocer family remains hopeful and trusts the team they are working with.

“I’m excited for the big space that we’re not gonna be all crowded, yeah space for the kids,” said Castillo. 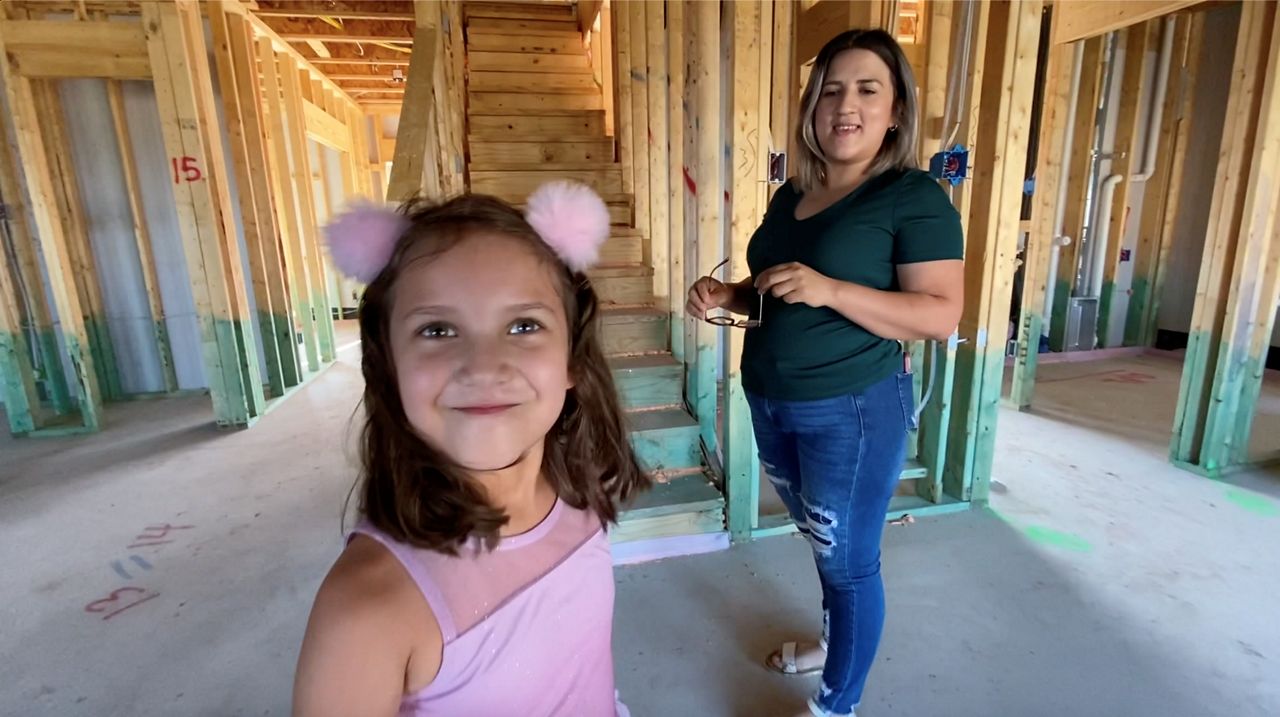 Veronica Castillo and her daughter visiting the home that is being built for them in West Fort Worth. (Spectrum News 1/Magaly Ayala)