First sex trafficking shelter for men in US is opening in Denton, Texas

DENTON, Texas — The first "safe home" established for young men will be welcoming residents the first week of June. "Bob's House of Hope" is the first shelter in the United States that will house sexually abused men between the ages of 18-24.

This safe haven has been a dream come true for Bob Williams, the founder of the group home. Six to eight men will be able to live in peace surrounded by a support network of over more than 20 organizations that are hoping to bring back stability in the young men's lives. For Williams however, the new home is a resource he once wished he could turn to.

"I tell everybody I'm one of the lucky ones, I was raped as a teenager," said Williams. "When you've been through something like this and nobody knows how to help you, that's the problem." 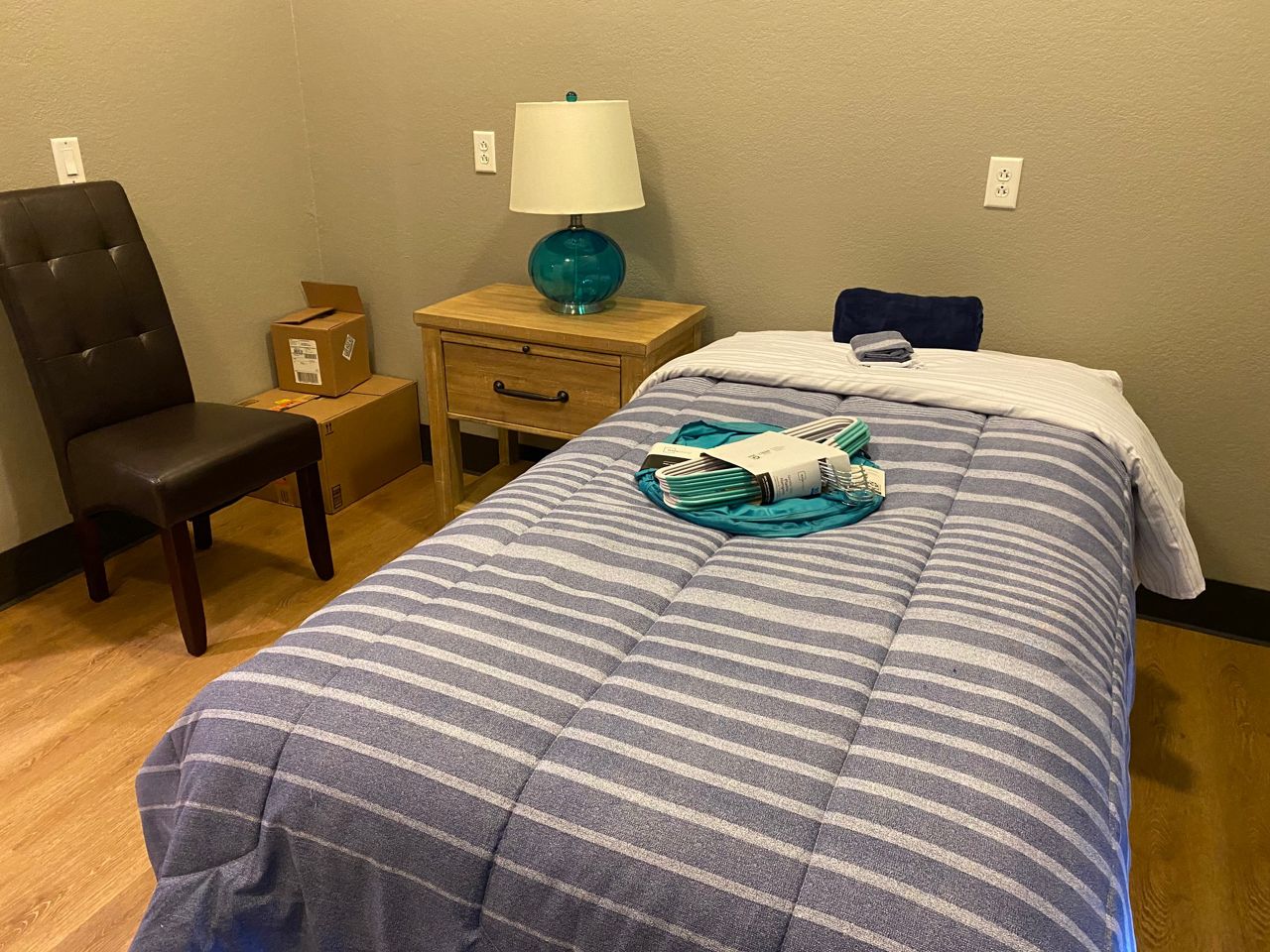 One of the beds in the new shelter. (Spectrum News 1/Chris Grisby)

At the young age of 17, his hopelessness turned into addictions, after being beaten and sexually abused in his hometown of Detroit.

"You go through this trauma, and you feel like everything has been taken from you," said Williams. "You feel dirty, you feel like less of a man."

​After hitting rock bottom, and living on the streets for a period of time, Williams decided to change his life. He  learned to live as a survivor rather than a victim, and paved a path forward towards not only redeeming himself, but others too.

"I have no doubt that what happened to me then was God's way of preparing me for the work that I do today," said Williams.

The Denton County resident has a Texas-sized heart for those who have been sexually exploited.

In 2008, Williams' nonprofit, Ranch Hands Rescue, was established as an animal sanctuary for neglected and abused animals. Through the healing and interactions with the animals ranging from chickens to horses, doctors and therapists have been able to help more than 1,000 children recover from their sexual trauma, in an unordinary fashion.

"It's almost like magic," said Williams. "There's this bond that forms; it's like the animal that's been through such abuse and neglect knows that the child has been through abuse, and neglect, and traumatized."

Williams said the victims' care for the mistreated animals is the puzzle piece for mending a broken heart.

"We can restore their self-esteem, but the most important thing we have to do is give them hope," said Williams.

It's the same hope Williams once sought after when he was 17. Right down the road from the animals, the sexually abused young men will be living under one safe roof; which is the first of its kind in the United States.

"They've been having survival sex just to get their needs met, so we have to show them that they can be safe without having to manipulate or be exploited," said Landon Dickeson, the Director of Clinical Services.

Dickeson says therapy sessions will always be ongoing. The men will be able to help tend to the animals, and learn basic skills, such as laundry and cooking. The goal of the program is to surround the battered men around a support network of faith leaders, mentors and animals in order to help begin the process of rejuvenation.

"These young men see the animals getting better and the hope and recovery for the animals, and open up through that," said Dickeson. "That's an opportunity for us to have a reprocessing conversation around the trauma piece."

Williams has plans in the works to also establish the first "safe home" for minors in Texas by the end of 2022. 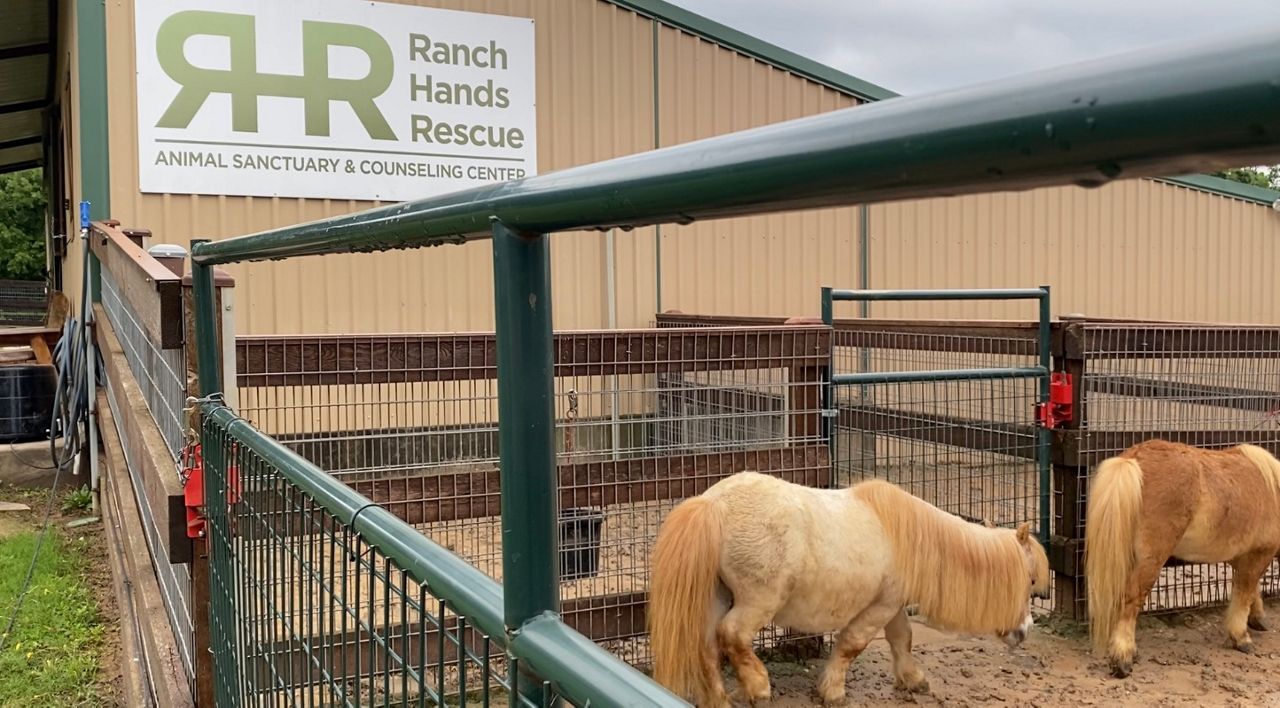 Pony stalls at Ranch Hands Rescue. The nonprofit was established as an animal sanctuary for neglected and abused animals. (Spectrum News 1/Chris Grisby)