Man and Beast Forced to Adapt During Winter Storm

BROWNSVILLE, Texas — The average temperature of Brownsville in February is 74 degrees, but the week of February 14 it was in the 20s; not something Texans are accustomed to dealing with. The historic winter storm that shocked the state had employees of the Gladys Porter Zoo working overtime.

The zoo lost power Monday morning and found out later in the afternoon it would be subjected to rolling blackouts. Severe weather is nothing new to South Texas, but normally they see hurricanes and not bone-chilling freezes. 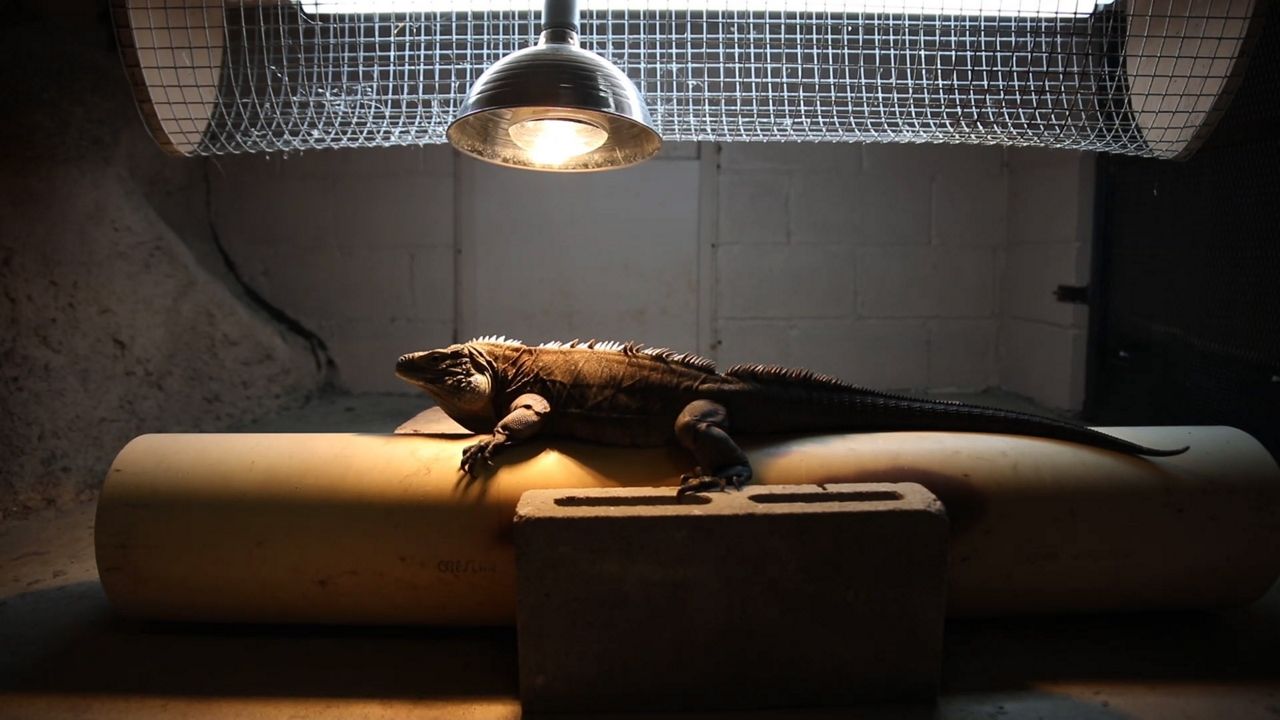 "There was enormous panic initially. We never faced anything like this before." said Colette Adams, deputy director of the zoo.

The zoo has three generators: one operates the aquarium along with the heating, ventilation, and air conditioning (HVAC) for the herpetarium, one for the animal health facility where surgeries take place, and onre at the commissary which houses up to 2,000 lbs. food for the animals. The power outage meant animals that aren't cold tolerant needed to be moved right away.

First up was the five pangolins. The scaly anteaters are originally from Africa and twenty-degree temperatures are not something they can handle. Animal care staff at Gladys Porter wrapped the mammals up in blankets, put them in crates, and hauled them over to the animal health clinic. When the power would come on, the animals would be brought to their original habitats to eat, but when the power went off, they would again be packed up and taken to the clinic, where they would stay overnight. 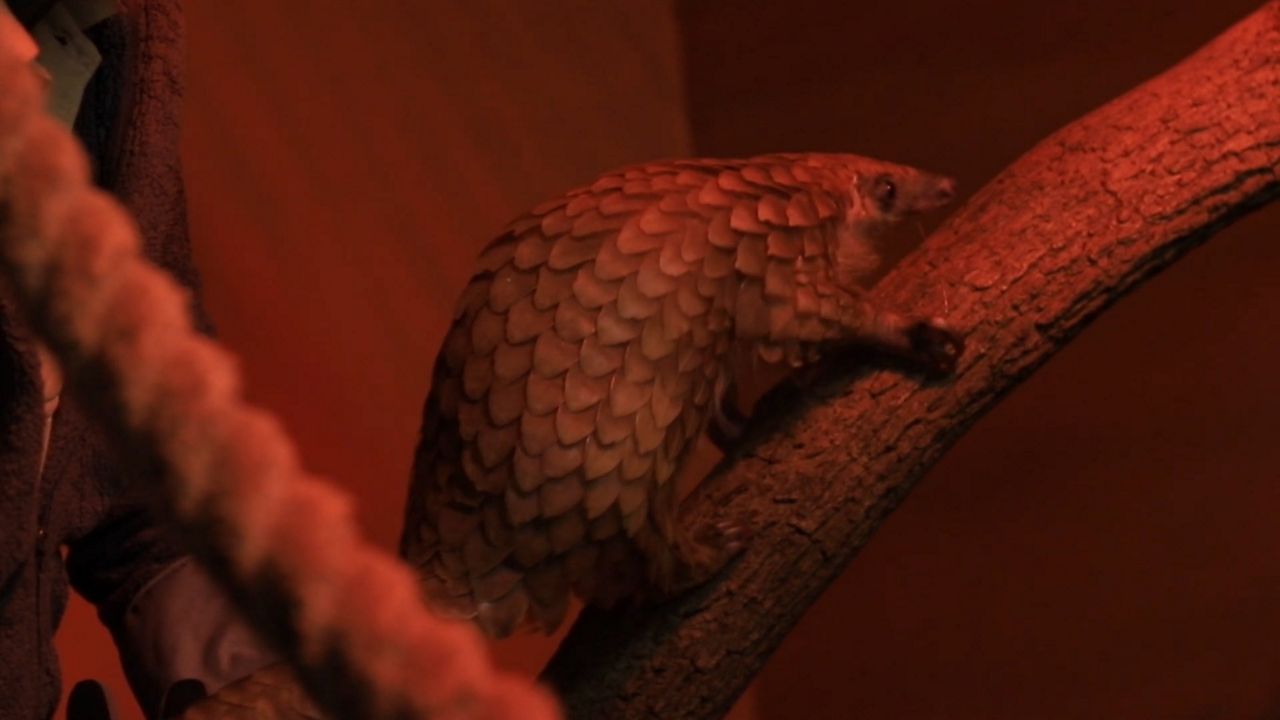 Gladys Porter is also home to a pair of Komodo dragons and a pair of very rare, critically endangered Grand Cayman Blue Iguanas. The Komodo dragons spent the week in the aquarium walking around staying warm. The animals were allowed to roam the aquarium because the zoo is only open to visitors Friday through Sunday. The iguanas were taken to another facility near the herpetarium where they also hung out for the week. Power was restored to the zoo Thursday and every animal went back to its original habitat.

As if moving large, endangered reptiles wasn't enough, staff also moved its white-faced Saki monkey because it is older and was shivering. They found a safe place for it in a warm building. 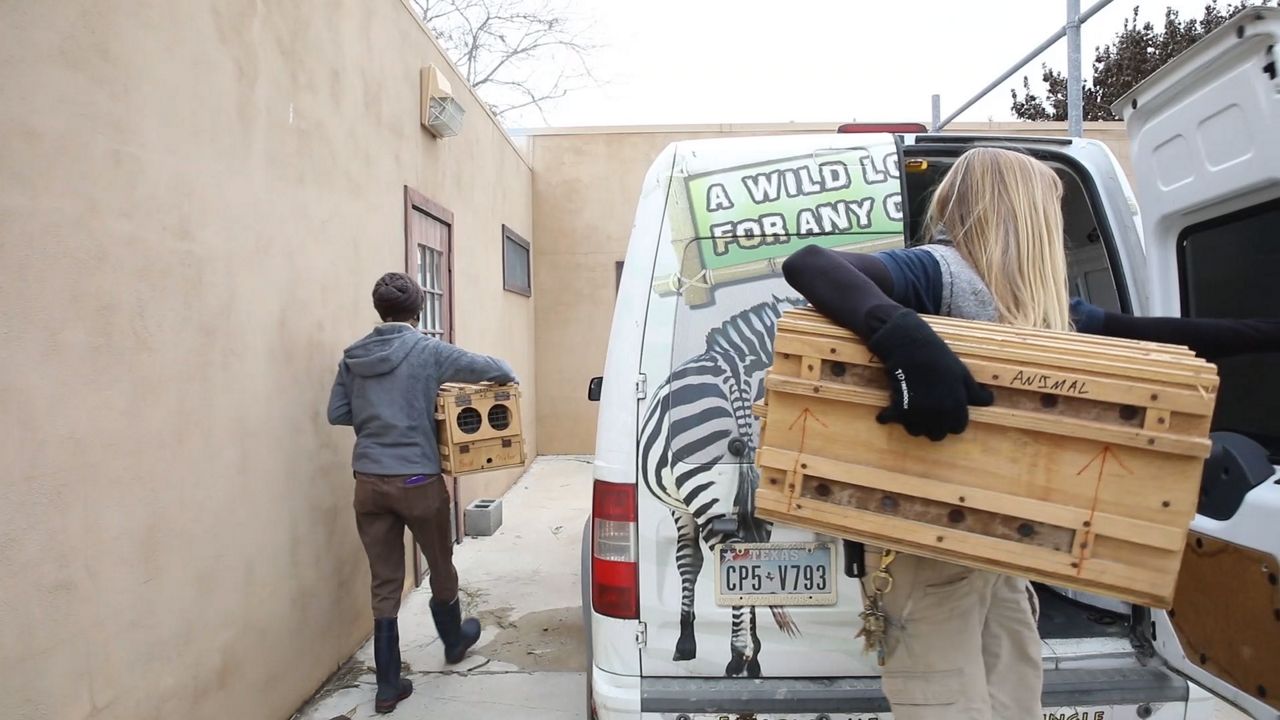 One of the largest animal moves at the zoo involved its tortoise population. Dozens of tortoises live in outside habitats and all of them were moved into the reptile house. Adams said approximately 60 tortoises are now in the herpetarium, and they will stay there until the temperatures stabilize.

"I'm talking about hoards of tortoises. It looks like a parking lot inside of there," Adams said.

Not all of the animals are in danger because of the weather, but other precautions needed to be made to keep them warm. The Great Apes — gorillas, chimpanzees, and orangutans — don't like the cold and, just like people, they like to bundle up. Adams said dozens upon dozens of blankets were given to the apes and they wrapped themselves up.

"There were a lot of caped crusaders running around," she said. "They know exactly what to do with a blanket."

The storm did more than affect the animals, employees were also hit hard by the storm. Like the zoo, they were dealing with the blackout, lack of heat, and some didn't water. Director of marketing Cynthia Garza Galvan said only the animal care staff were required to come to work and the rest of the staff worked remotely.

"It paralyzes us down here. We don't know how to drive on icy roads or in snow," said Garza Galvan.

The staff also wasn't just assisting animals at the zoo. Several members were assisting cold-stunned sea turtles down the road at South Padre Island. The green sea turtles love the shallow, warm waters of Laguna Madre and the seagrass beds, but the storm left thousands stunned. Volunteers gathered up the sea turtles and took them to the South Padre Island Convention Cenre. 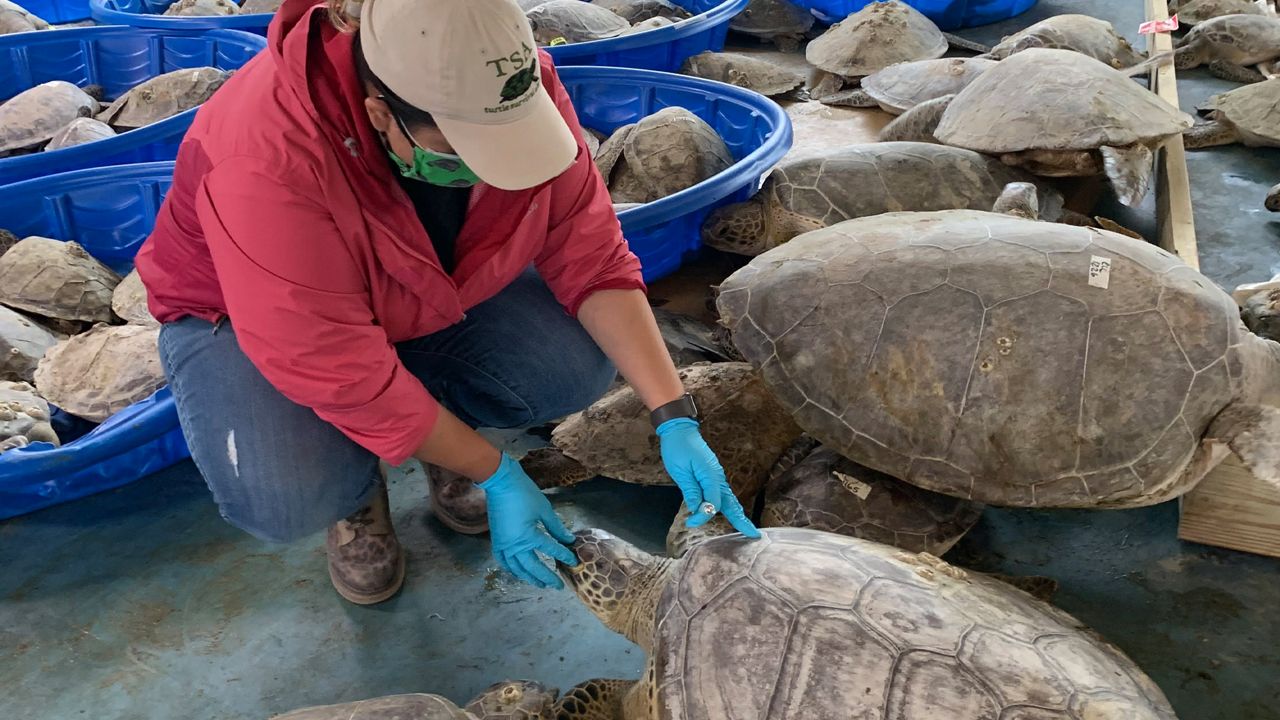 Saturday volunteers will load the more than 3,500 sea turtles up in pick-up trucks, cars, and any other vehicles and take them to a waiting ship which will then haul the sea turtles out to sea and warmer water and release them back into the wild. This is the most sea turtles rescued on record in Texas.

Gladys Porter Zoo reopened to the public Friday and will remain open through the weekend. The zoo is open Friday, Saturday, and Sunday.

Editor's note: An earlier version of this story said the sea turtles were taken to the Texas State Aquarium.