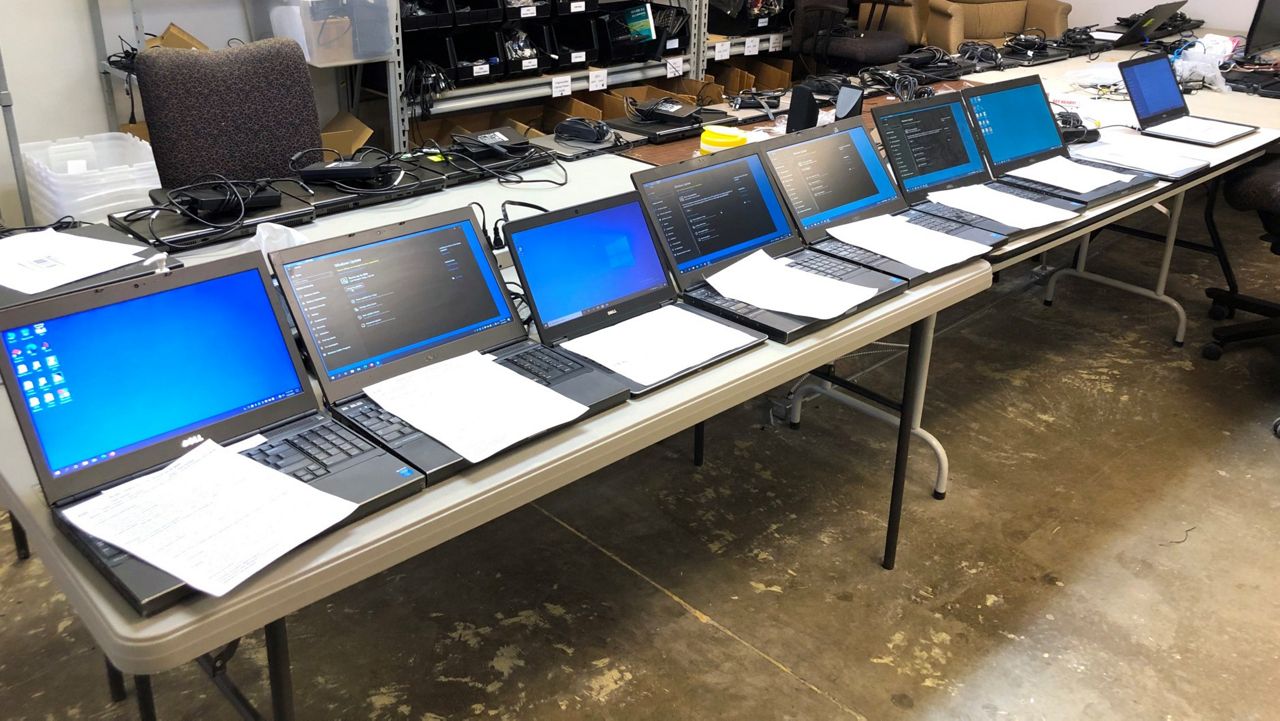 Computers lined up at the nonprofit Computers For The Blind. (Stacy Rickard/Spectrum News 1)

RICHARDSON, Texas  – A nonprofit in Richardson, Computers for the Blind, is equipping blind or visually impaired individuals nationwide with the tools they need to be successful in today’s competitive work environment.

According to a Cornell University Disability Status Report for 2018, the employment rate for people with visual impairments was 45.4%. That’s up from the estimate in 2011, which was at 37.2%, but still a stark difference from the 80% of working-age people without disabilities who are employed. The study also indicates about 8% of people in the labor force with a visual impairment are actively looking for work. The remaining majority of the U.S. population with visual impairments are not in the labor force. These estimate are from data obtained by the American Community Survey, a survey sent annually to a random sample of more than 3.5 million households.

A Cornell University database estimates that in Texas, the rate of employed working-age people with a visual disability was slightly higher than the national average, sitting at 48.1%.

Computers for the Blind is ensuring a lack of accessibility or affordability to technology will never be an issue for its customers.

"Computers for the Blind (CFTB) plays a pretty big role and in helping a lot of folks who don't have financial support otherwise to get into the race, to get into the opportunities that having technology may afford them if they work hard at it and are willing to do what they need to do to be successful,” said CFTB board member and McKinney resident Bobby Lakey. "When CFTB founder Mr. Langford first started, he might have been selling 30-40 computers a year to individuals. This year and past years, we're up to in the neighborhood of 1,200 to 1,400 computers nationwide a year."

CFTB receives donated computers and refurbishes them in order to install customized accessibility software. The computers are sold to the blind or visually impaired, oftentimes for less than just a couple hundred bucks. JAWS, a screen reader, and ZoomText, a screen magnifier, are available to be installed — software by Freedom Scientific that helps consumers navigate computers. This year, more computers were sold than any other month in the nonprofit’s history, likely spurred by people working from home or virtual learning.

Thanks to Texas Instruments for 209 laptops that were donated today from their Dallas location! And, thanks to our...

Posted by Computers for the Blind on Wednesday, August 5, 2020

"Obviously, Windows has product built into it, a feature called Zoom, which will do the same things, but it won't do it as much. It's kind of an entry level accessibility. And it has Narrator, which is getting better and better. And it will talk, but it still doesn't do the same things as if you add JAWS, or ZoomText or Fusion to the situation,” Lakey said. "“Ultimately, we want to see blind and visually impaired people get a laptop, get a machine in front of them, so that they can begin to learn it and be able to utilize it and hopefully have that be a life changing experience for them.”

Accessibility software has been a game changer for Lakey, who has been blind since the age of 7. But back in his college years, this technology hadn’t yet been developed. Lakey originally wanted to focus on computer science at University of North Texas, but had to switch to business.

“If I were going to stay a computer science major to do my computer programming and do those things, I was going to have someone sit next to me and read the screen. So I ended up changing my major because of a lack of accessibility,” Lakey said. "It's a very challenging and sad situation when a person can't major in what they want to major and because of a lack of accessibility." 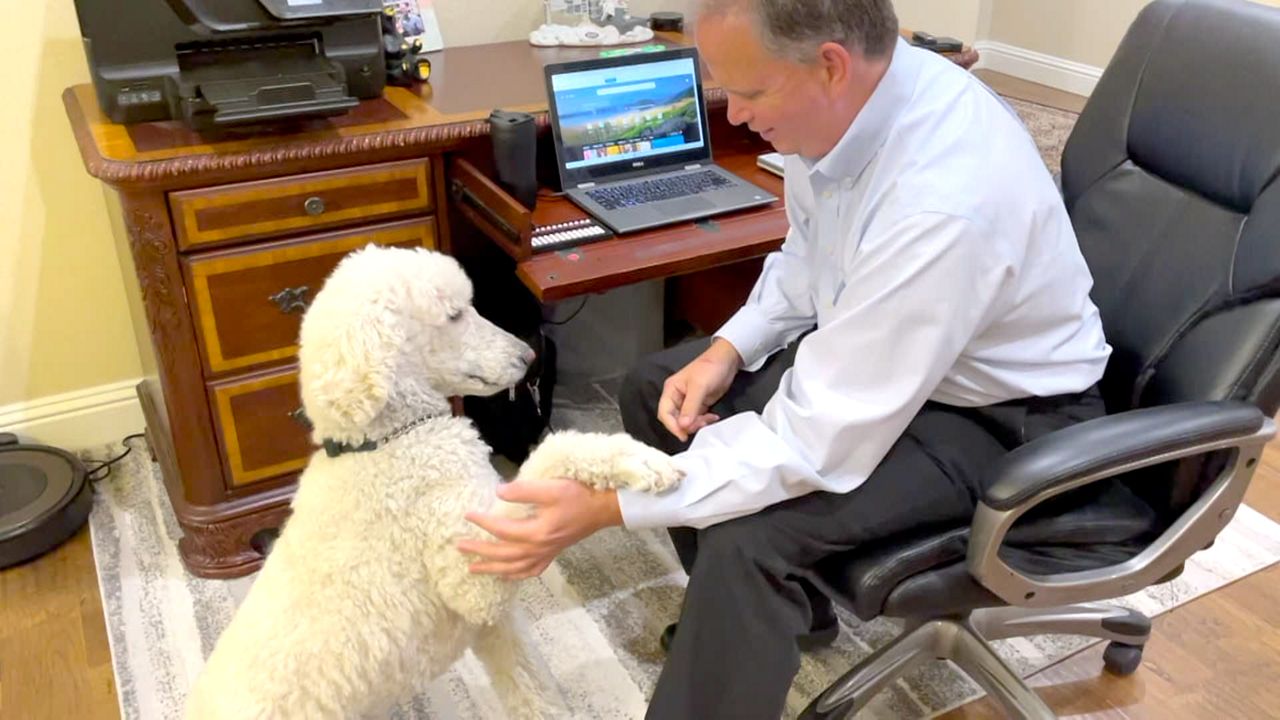 Lakey doesn’t want anyone to have these kinds of limitations like he did. Along with his position on the board of CFTB, Lakey is the VP of sales and marketing for Christal Vision, an assistive technology distribution and support company based out of San Antonio.

"You know, there's started to be a few medical doctors who do research that are totally blind. Lots of programmers, folks in customer service, myself being VP of sales and marketing for a company. You know, it is becoming a new world. And as technology advances, we are, as blind or visually impaired people, able to to be productive and compete in today's competitive environment,” Lakey said. "It takes a village to raise children. It also takes a village to put all the pieces of the puzzle together to have a blind person able to be productive and successful in their life and in society."

Computers for the Blind’s computers are available to any visually-impaired individual in the United States, and there are no income or age requirements. Grants may be available. The nonprofit also welcomes donations of computers or computer parts, and monetary donations. There are also volunteer opportunities for who may be able to donate their time.

How do you spend your Saturdays? Maybe you would like to spend the day like one of our youngest volunteers, Syrus? This...

Posted by Computers for the Blind on Saturday, September 26, 2020