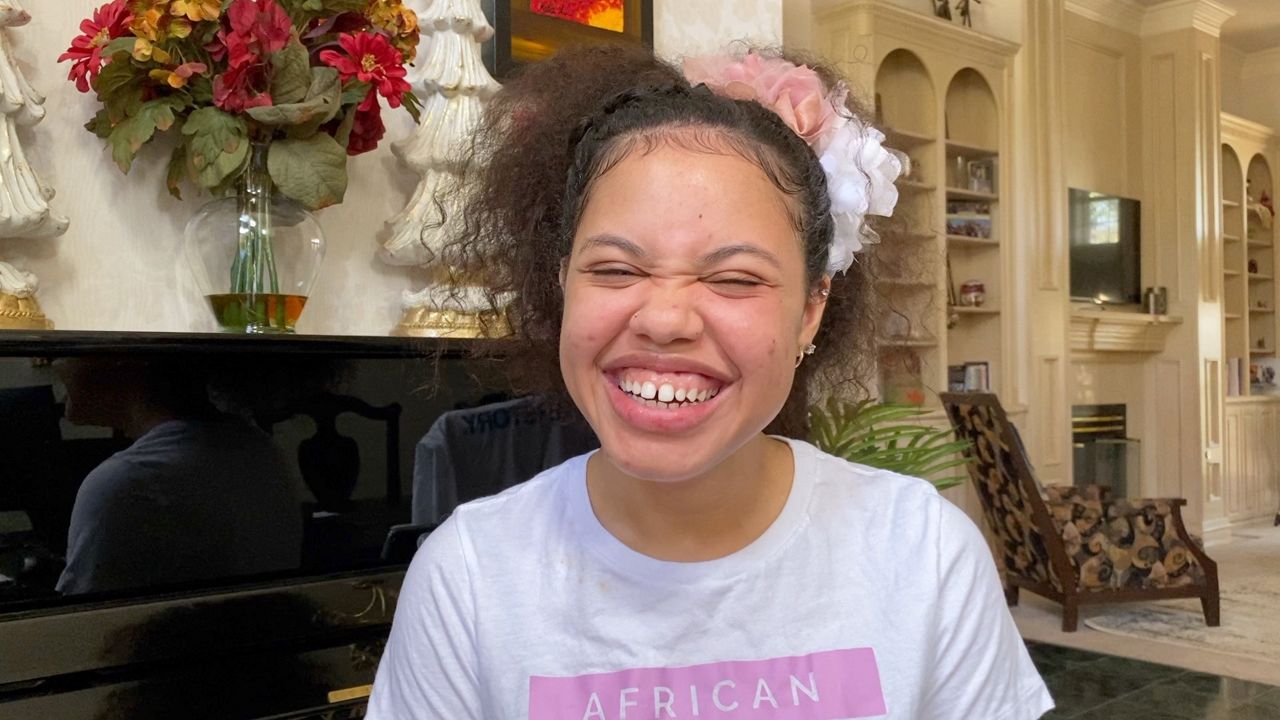 TEXAS — While campaigning this election season, Vice President-elect Kamala Harris paid special attention to the young girls who attended her events. She’s been known to offer advice and often encourages girls to be leaders in their communities, especially girls of color. Harris’ leadership has inspired 18-year-old North Texas law student Haley Taylor Schlitz to follow in her footsteps, with the goal of running for president herself.

In July, Schlitz was present while Harris virtually addressed hundreds of young Black girls as a featured speaker for the Black Girls Rock! – Black Girls Lead virtual summit. During the two-day event Schlitz and participants had the opportunity to attend workshops on topics including leadership skills and critical thinking. 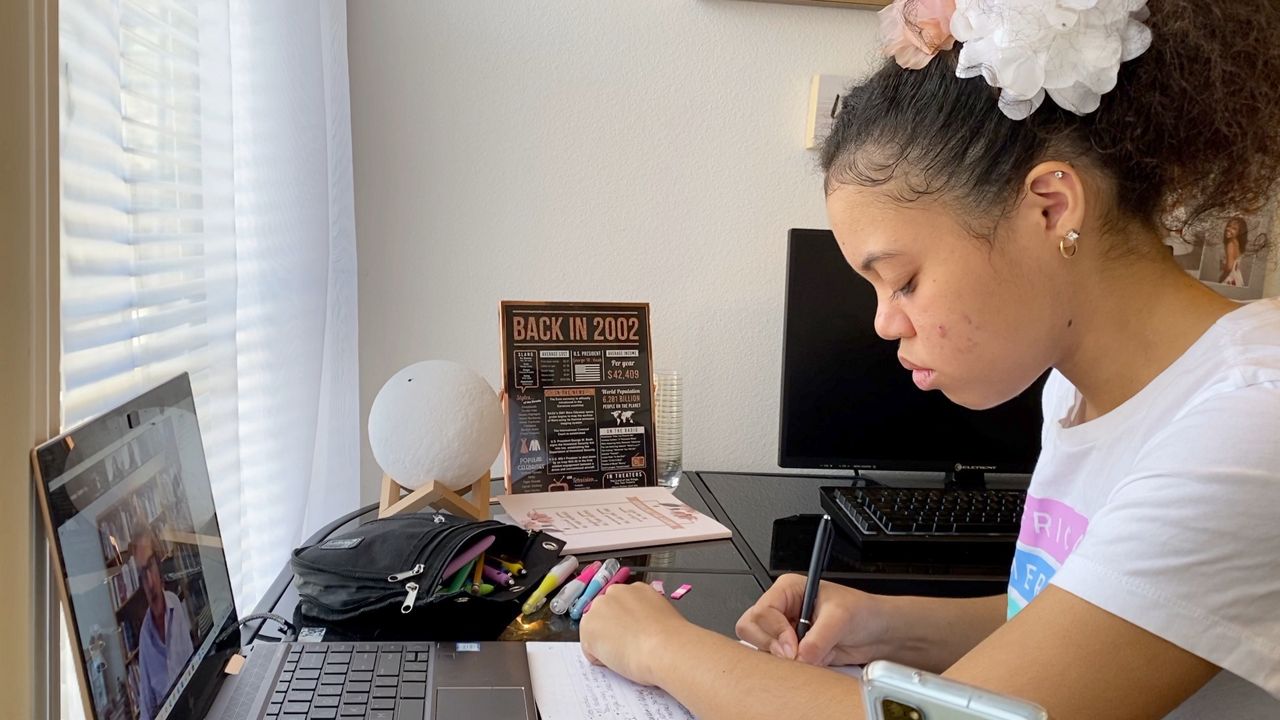 Harris shared motivation by reminding young Black women their voices need to be heard, and their issues addressed.

“People will be fine when you take what they give you - but, oh, don’t take more. So, I say that to say, there will be a resistance to your ambition,” said Harris during her virtual summit speech. “There will be people who say to you, you are out of your lane. But don’t you let that burden you.”

Schlitz herself is on the fast track for success. She finished high school at 13, graduated at 16 with honors with a Bachelor of Science degree from Texas Woman’s University College of Professional Education, and after being accepted into nine law schools, she’s currently a second-year student at SMU’s Dedman School of Law.

“I think when I graduate law school, I’ll be really proud to be Esquire Taylor Schlitz. That’s sounds really cool to me,” said Schlitz.

At 18, she has many accolades. A simple Google search of her name is an impressive display of her accomplishments thus far. She’s a proud big sister to her two siblings and as a bold activist for women's rights and racial justice she’s made quite the name for herself. She ran and was elected as a Joe Biden delegate to the Democratic National Convention from Texas, just to name one. 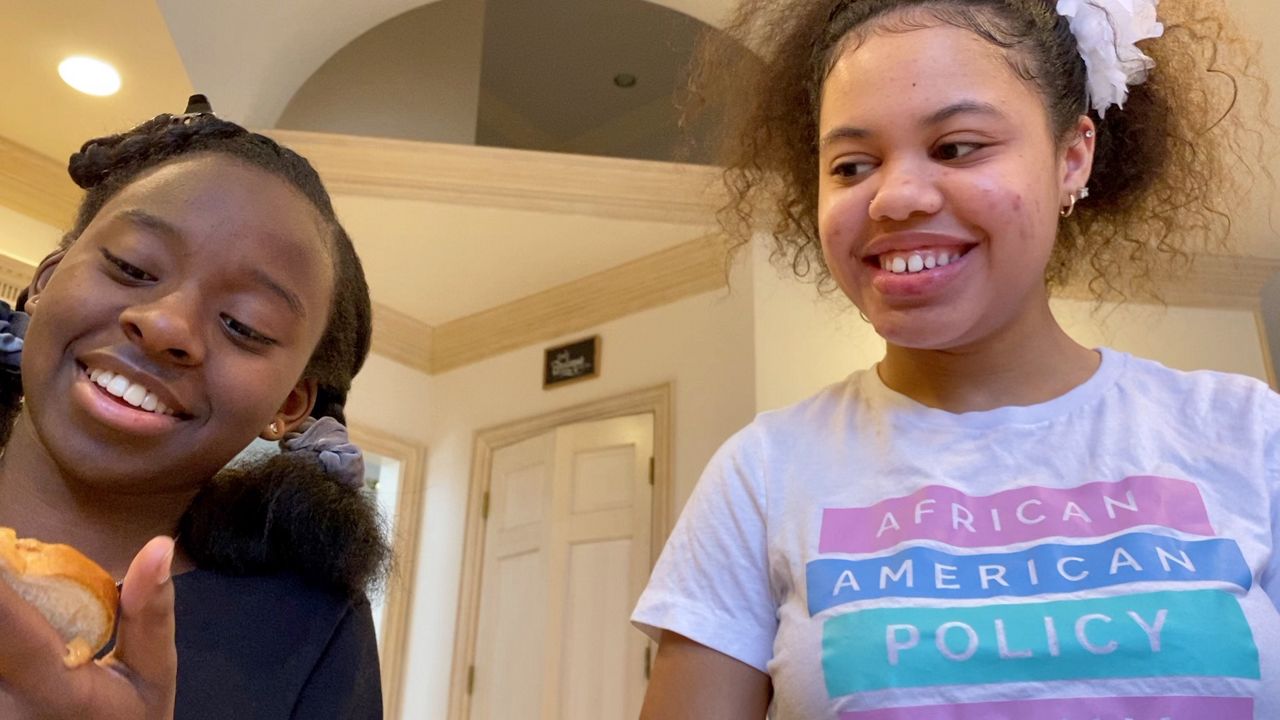 Currently pursuing a career as an attorney, she aims to advocate for education equity and greater access to gifted and talented programs for students of color and girls.

But, she not working this hard to only get this far.

Being a lawyer is not her end goal; she plans to go all the way to the Oval Office as what she hopes won't be the first female president of the United States of America.

“School board and city council are definitely places I want to try and start,” said Schlitz. “Being governor of Texas is a goal of mine that I think is a good stepping stone.”

Schlitz's dream of becoming commander-in-chief seems much more obtainable thanks to the encouragement she’s received from Harris. In 2019 Schlitz earned the honor of introducing then-Sen. Harris as the featured guest speaker at a town hall meeting held by the Tarrant County Democratic Party.

“As a Black girl in America, I can share with you that seeing someone in a position that redefines stereotypes and breaks glass ceilings is powerfully inspiring for millions of girls like myself,” said Schlitz in her introductory speech at the event. “She is Black girl magic.”

Since meeting Harris, Schlitz has followed her journey as she’s made history by becoming the first presumptive female U.S. vice president.

“If you listen to her entire story and listen to what people call her - being ambitious because she is successful - it really is inspiring,” said Schlitz. 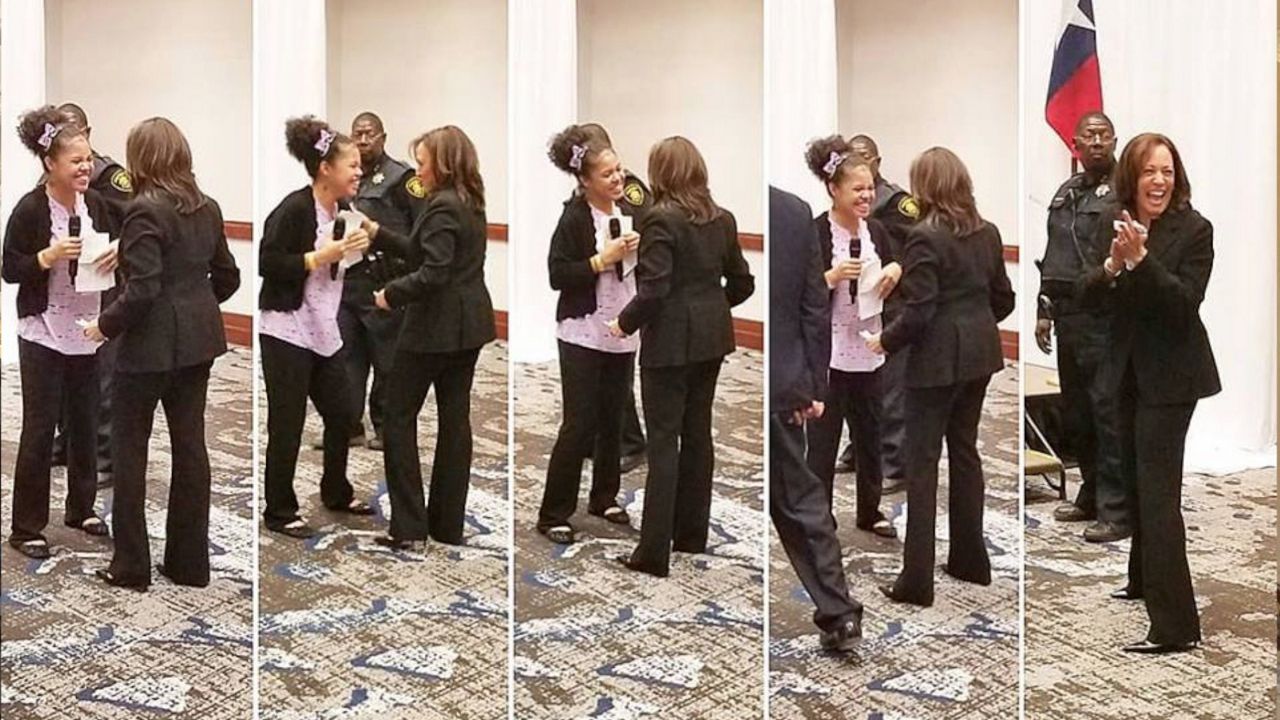 She was so inspired she decided to coin the phrase "Ambitious Girls Make Herstory.”She designed a shirt with the phrase and partnered with raygunsite.com to sell the show of support for Harris.

“When I first heard that someone had called Kamala Harris ambitious ... when had she been a male, they would have called her a leader,” said Schlitz. “I realized they’re trying to be mean to her. I was like, naw, we can take this word and we can flip it.”

A percentage of the shirt profits go to the African American Policy Forum.

Haley plans to see her name on a shirt some day. Campaigning for leadership roles is something she’s planning for. At 30 years old she’ll be eligible to run for governor of Texas, and at 35 she’ll meet the legal age requirement to run for U.S. president.

She jokingly said her dad, William Schlitz, will be chief of staff, a title he says could go to someone more qualified. In his response she said he’ll hold the title of campaign manager. “Now that I might do,” he said. 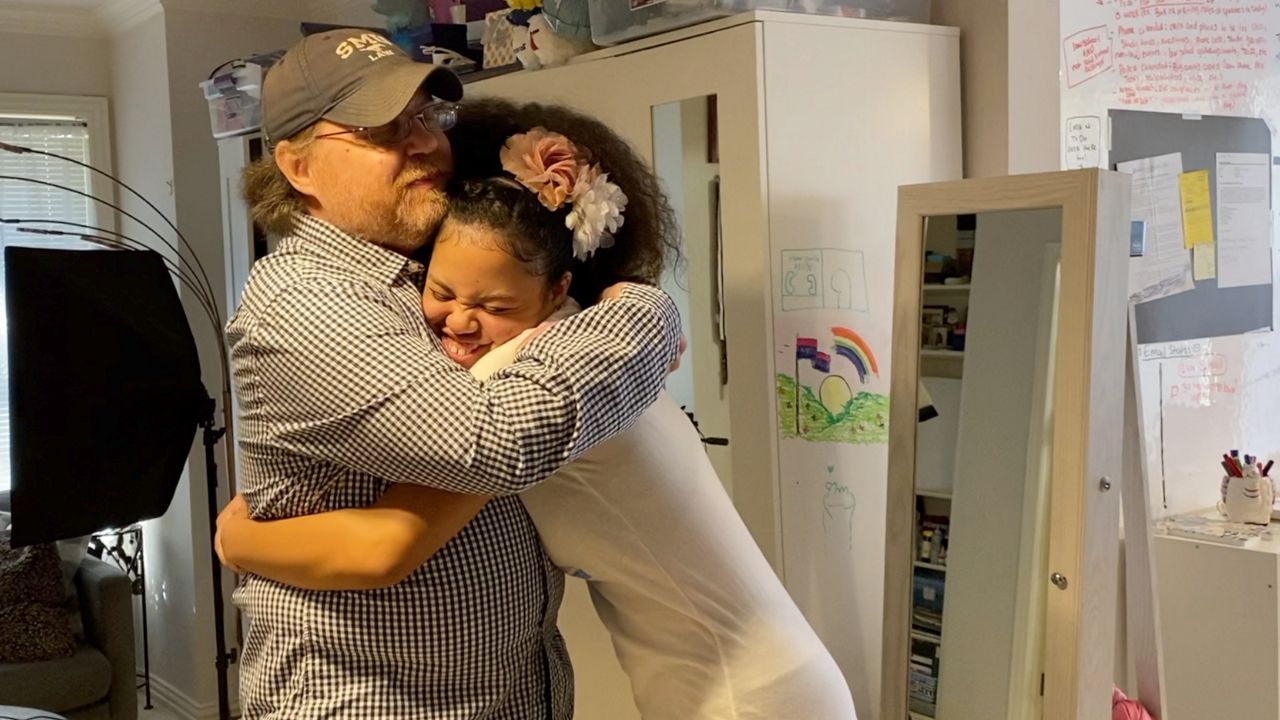 William believes his daughter can achieve “anything she sets her mind to” and her accomplishments thus far prove she has the drive to be a leader.

Ambition is the eager desire to achieve or obtain success, and to those who know her best “Haley 2040” isn’t that hard to imagine.

If you have an interesting story or an issue you’d like to see covered, let us know about it. 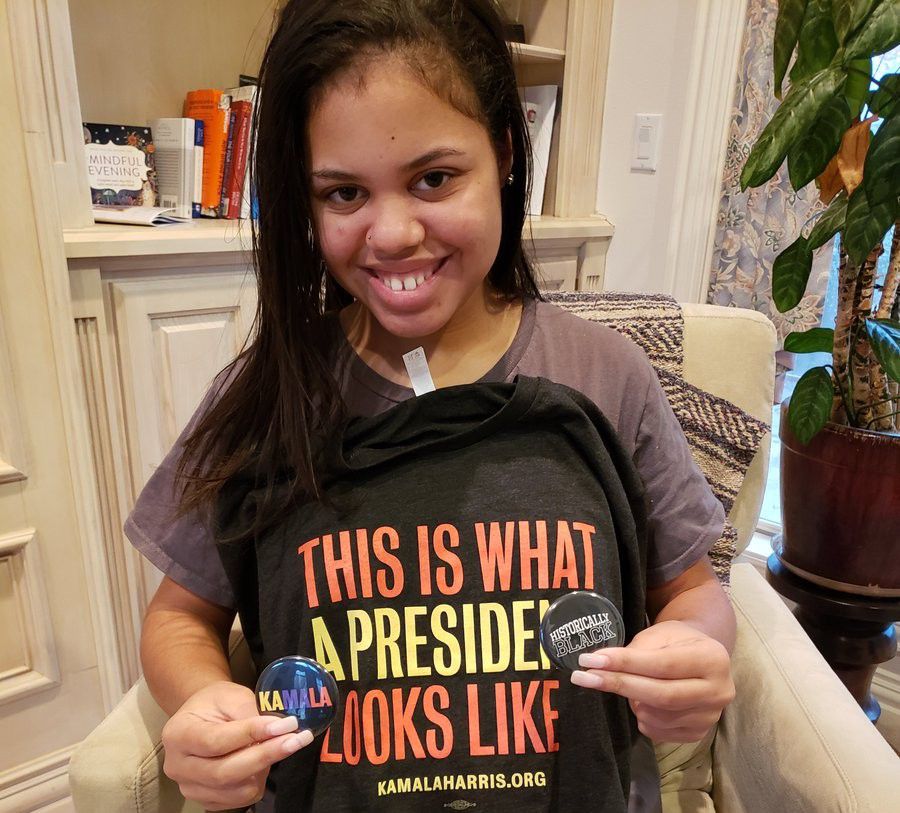