A Raleigh resident says the trends aren't surprising, as many people want to live in an area with like-minded people

Woodard came back to his home of Clayton after college. He runs HomeTowne Realty with his cousin, and has been “Citizen of the Year” twice.

“We’ve got a very large family here, and our businesses have always, my mom and dad both had a business here, and I’ve got a lot of first cousins here, and it’s home,” Woodard said. 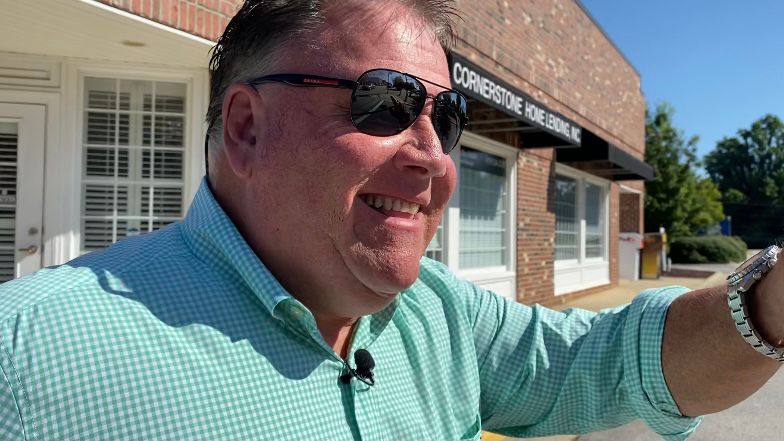 Pugh was raised in Climax, and after college moved all over, spending time in places such as Wilmington, Virginia and Ohio before settling in Raleigh, where he was able to open a storefront for his business House of Swank.

Pugh says he wanted to be in a place where his family had opportunities to experience different things and be surrounded by people of different backgrounds.

“Having those opportunities for my kids to be exposed to all that kind of stuff is really cool. Their schools that they’re in, they’ve got all manner of nationalities and all that,” Pugh said. “It’s really cool to kind of give them that experience.”

Woodard is a Republican, and Pugh says he is more left-leaning in his politics.

The two reflect a trend the state has seen in recent decades in the voting trends of urban and more rural areas.

2004 was the last time Wake and Johnston counties voted the same way in a presidential election.

Since then, Wake has voted Democrat, while Johnston stayed Republican.

Pugh says he isn’t surprised by this trend. He understands wanting to be surrounded by like-minded people, because he did as well.

Woodard is focused on business growth and infrastructure. He says some people have the wrong idea when it comes to small towns and politics.

“I think in smaller towns you have a more broad area of conversations, and it seems like in smaller towns there’s better lines of communication with one another,” Woodard said. “Even though you do tend to see to have more conservative views here, you’ve got a lot of moderate views as well. And so it’s a good mix, and I don’t see the same type of environment in a small town as maybe you see in a larger city just because it’s easier to turn, and it’s easier to work things out."

Pugh felt the opposite, which is one reason he opted for a bigger city.

“I think when you have a smaller number of folks that kind of tends to like distill into one viewpoint, and there’s a whole world of other things and other opportunities,” Pugh said.