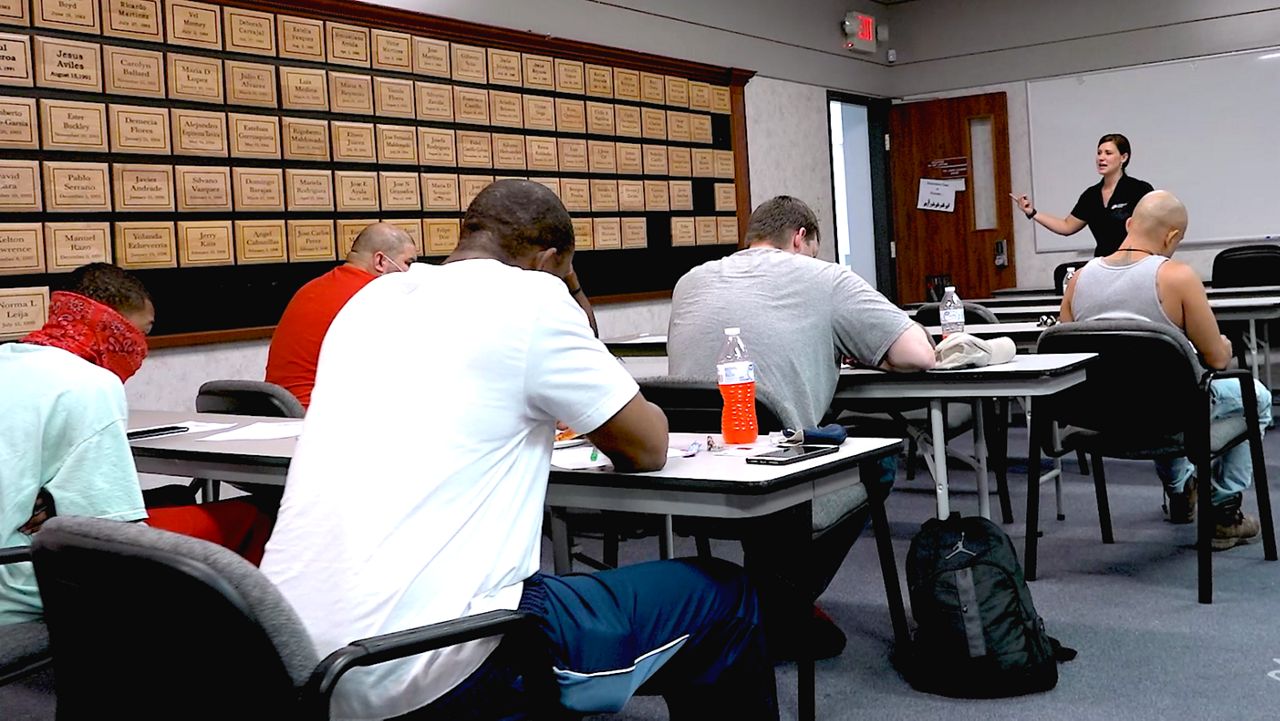 DALLAS – Millions of qualified job applicants in the country are plagued by a past criminal record and are discouraged from applying for employment despite the fact that they may be highly qualified. A report published in 2020 found about one-third of people living in the U.S. and Guam have a criminal history. More than 14 million of those people have a criminal history in the state of Texas.

Dallas “second chance” staffing agency Cornbread Hustle is committed to helping job seekers who have gotten in trouble with the law find work, serving as the middleman connecting employers with potential hires.

Entrepreneur and Cornbread Hustle founder Cheri Garcia knows firsthand the struggles of finding work as someone with a criminal history or a history of substance abuse.

"When I was in high school, I ended up experimenting with drugs and that led me into addiction. And it was very difficult for me to get back on my feet. I went on to become an entrepreneur, and I found that going after my dreams in the business sense gave me the same highs, and, unfortunately, the same lows, as drug addiction did. So I saw that it really filled a void,” Garcia said. "That’s when I started thinking, ‘Hmm, I wonder if other people who have fallen on hard times make either really great employees or could become entrepreneurs as well.’"

Now two years sober, her own personal experiences gave her the push she needed to start Cornbread Hustle and help others follow in her footsteps to find what filled their “void.” Cornbread Hustle has a database of available jobs with various skill levels, schedules and pay rates. That’s why she founded the company, which aims to match employers with "second chancer” candidates in an untapped talent pool, she says.

"Employers started to reach out and say ‘You know what? Let's look at this talent pool and let's see how it works.’ It's a natural reaction to think that it's risky to hire somebody coming out of prison. I don't disagree with that,” Garcia said. “You’re looking at somebody who has a criminal record, and I do make a really great entrepreneur. I do make a really great employee. Addiction simply does not discriminate and most crimes are a result of addiction. So I believe and what I've seen through experience of running this staffing agency for four years, ‘second chance’ employees can make really great additions to your team."

Garcia said every case is looked at carefully and people are matched depending on their charge, their behavior, and the changes they’ve made to better themselves.

“We don’t discriminate,” Garcia said. “Whether it be for possession of marijuana or somebody who was convicted of murder. What we're looking for is, has somebody changed their life? Changed their behavior? Has their incarceration changed the way that they treat others? What have they done since they've been out of prison? We believe that once somebody has paid their debt to society, holding them back and not allowing them to get a job is simply cruel. If we expect somebody to come back to society and be a productive member, then it's a basic need to have employment.”

Texas law provides some protections to job applicants by prohibiting reports conducted by consumer reporting agencies to include criminal history information older than seven years in their reports, if the job’s yearly salary is less than $75,000.

Cornbread Hustle “hustler” Brittney Phillips was able to obtain employment back in September at Warehouse Pro in Rockwall, packing and shipping orders at the fulfillment center.

"I needed to be closer to my kids, so I was looking around for jobs on Monster, Indeed, Facebook Marketplace. And I came across this, and I applied for it, and they sent me an email the next day. And I went in for an interview and I got the job right away,” Phillips said. “[Cornbread Hustle] got me the job really fast. They communicate well with you, making sure you're getting all your hours.”

Phillips is awaiting a court date from a DWI she was arrested for in 2020.

"I got in some trouble back in August 2020, and I had gotten a DWI with my kids,” Phillips said. “[This job’s] actually, like, made me realize and turn my life around and not drinking as much as I was."

If you are a business owner looking to hire a “second chancer” from Cornbread Hustle, you can fill out a form online to find qualified candidates. Those looking for a job can check out the Cornbread Hustle database here.

As for the funny name? Cornbread Hustle started as an inside joke, Garcia said, and it stuck.

"Everybody always asks me how did we come up with the name for Cornbread Hustle? Well, it started out as an inside joke when I was volunteering inside the prison,” she said. “And there is this movie called ‘Life,’ and in this movie with Martin Lawrence and Eddie Murphy, they have a scene in there where they get in an argument over cornbread, and they're actually in a prison. So we had an inside joke inside the prisons when I used to volunteer. And when I finally decided to start this company, I named it Cornbread Hustle.”