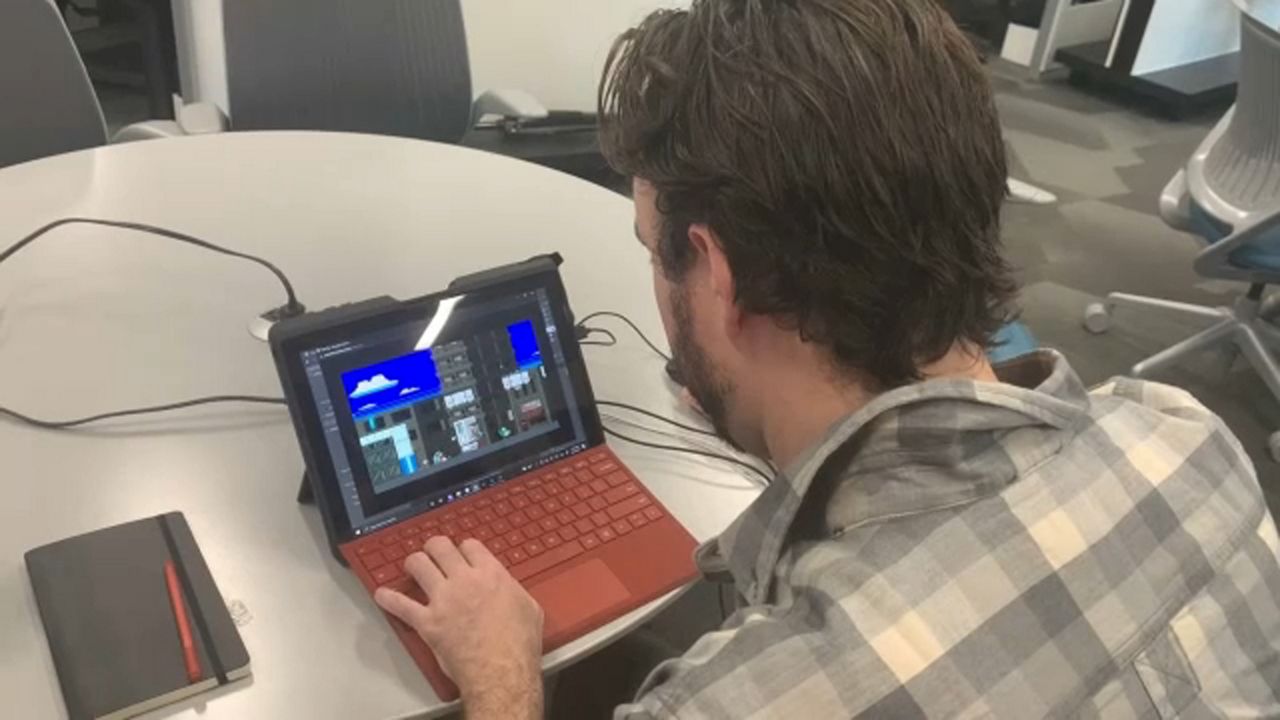 Denny McCorry is a SUNY Potsdam illustration grad who left his part-time delivery driver gig to open his own art and game studio, Possum House Games. He did it thanks to the mentoring, programming, marketing and funding assistance he got at RIT‘s MAGIC Center through the state’s NYSTAR community incubation program.

“I wasn’t a student at RIT, I did not go to school for gaming design and I was not a programmer,” Denny McCorry said. “But, I still have the skill set and knowledge to make games. They kind of filled in the blanks that I kind of missed out on.”

McCorry released his first video game, Shot in the Dark. It’s a point and click shooter game. You can find it on STEAM.

“Thanks to the incubator program I have the resources to do it the right way and make the game my way,” McCorry said.

He’s busy working on his next game with business partner, friend and programmer Lesther Reynoso.

Video game hobbyist uses RIT’s MAGIC Center and its NYSTAR community incubation program to launch his first video game on Steam. Denny McCorry thanks the ROC game development community that helped him do it with mentoring, programming, marketing and $. @SPECNews1ROC #RIT pic.twitter.com/fcdbtS179G

“I have the techno-know-how to put things together and he has the design creativity to come up with these cool ideas,” said Reynoso.

“I pretty much live in front of this laptop," McCorry joked.

The gaming duo is busy working on their next video game prototype and pitching it to publishers so that we will all be able to play another video game by Possum House Games soon.