The Difference Between Wind Speed and Wind Gusts

I'll be honest with all of you. I hate wind. It drives me absolutely crazy. For me, it doesn't matter if it's a sustained wind or a gust of wind, it's all the same. But the truth is, there is a very distinct difference between wind and wind gusts.

The fundamental difference between the two is duration.

A sustained wind is defined as the average wind speed over two minutes. A sudden burst in wind speed is called the wind gusts and typically lasts under 20 seconds.

Wind speed can be measured with an instrument called an anemometer. This instrument is constantly measuring wind speed and those measurements are averaged over a two minute period to calculate the wind speed.

This is more specfically called the "sustained wind speed" and is used to measure the strength of storms like hurricanes. For example, a category one hurricane has sustained winds between 74 and 95 miles per hour.

When we talk about wind gusts, it gets a little more complicated. To be called a wind gust, the brief increase in wind has to be over 18 miles per hour and must be at least 10 miles per hour faster than the average wind speed.

These sudden bursts in wind speed are often dramatic and are often the culprit for knocking down trees and causing other types of damage. When tracking severe thunderstorms, the wind gust is often referenced, and in truly severe storms, exceeds 60 miles per hour.

Of course this doesn't mean the wind is constantly blowing at the speed. The gust will last generally under 20 seconds. The longer that gust lasts, the longer that gust can exert force on an object and the higher the potential to cause damage.

The Force Behind Wind

A wind gust generally last under 20 seconds. The longer that gust lasts, the longer it exerts force on an object, and the higher the potential to cause damage.

By comparison, a sustained wind lasts several minutes. Although the force applied is less, it's applied for a much longer period of time. That force on an object causes stress and results in damage, sometimes worse than a strong wind gust. 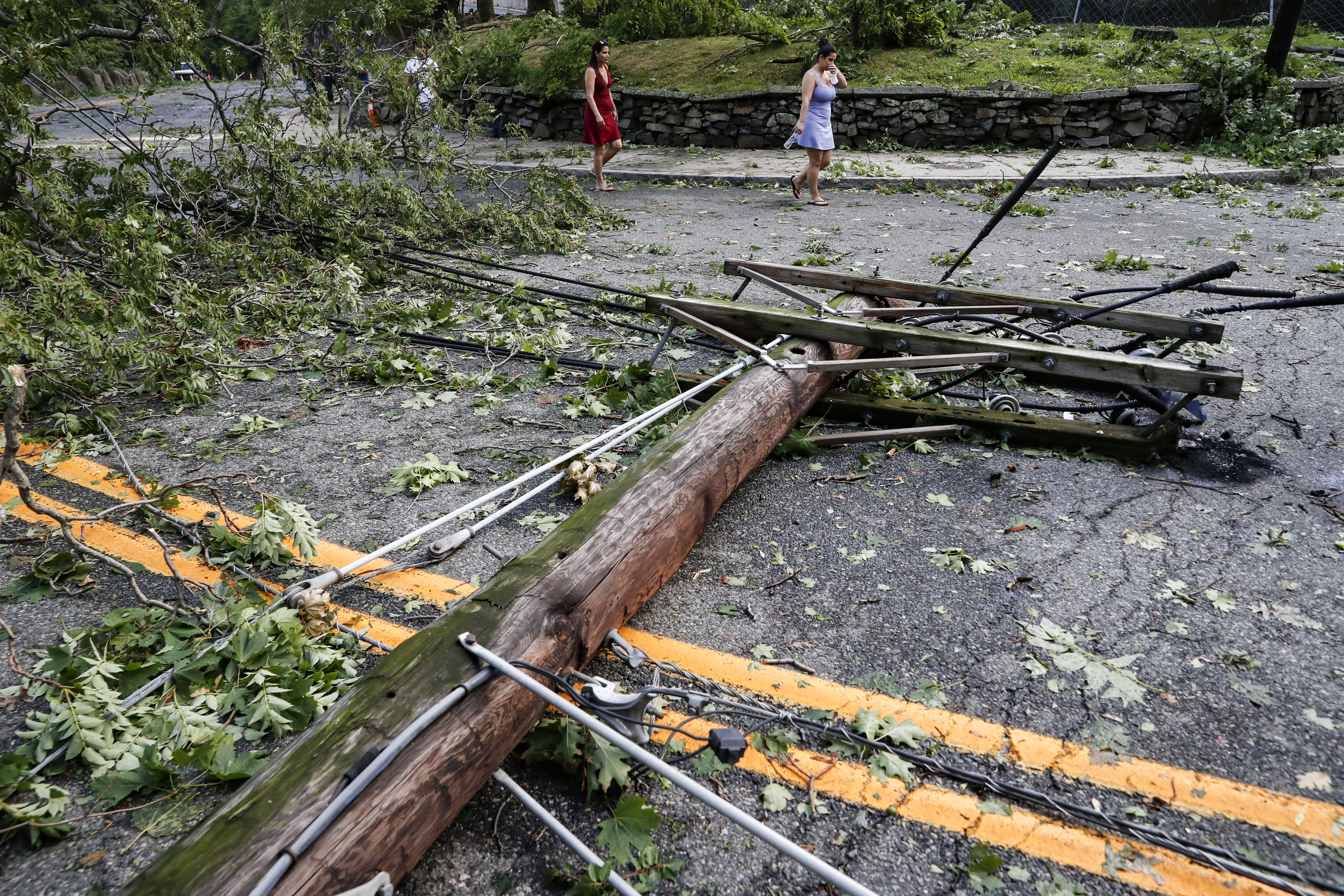 So the difference between the two is generally about duration.

The take away here is that the faster the wind speed or gust, the greater the chance for damage.