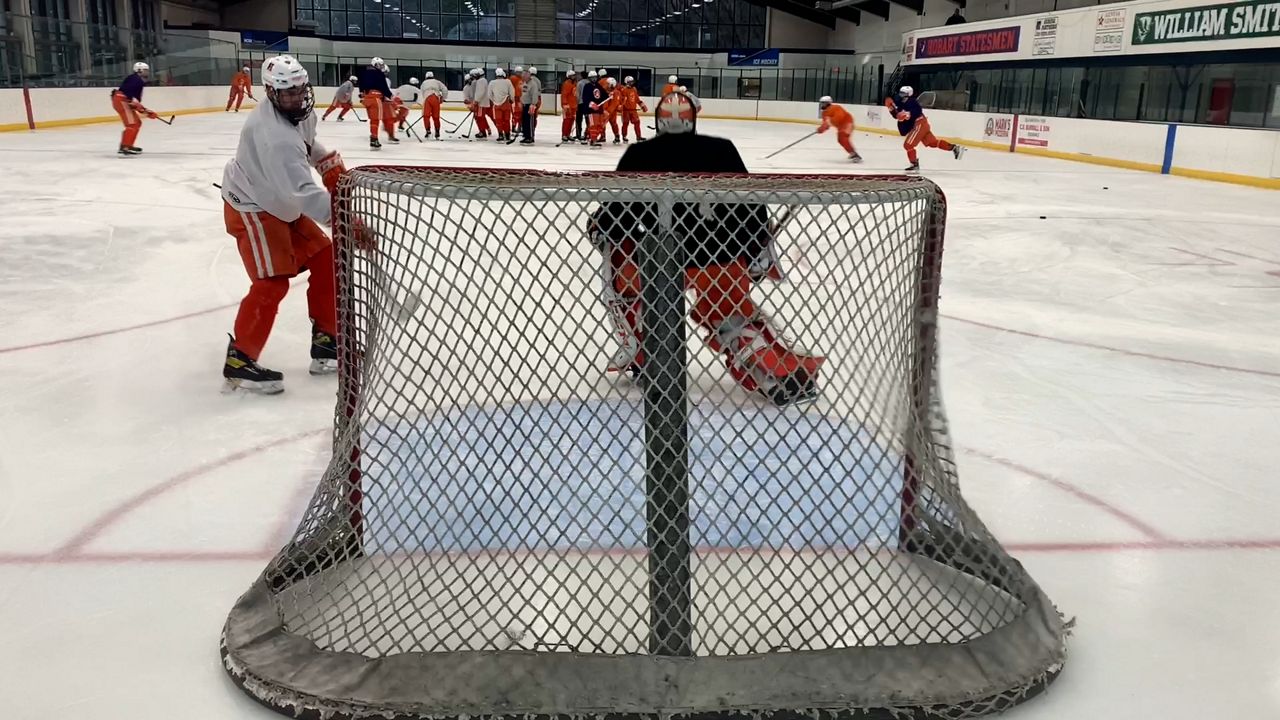 “Yeah, I mean, honestly, I am beyond excited for this opportunity. I never thought a day in my life that I'd be putting on a U.S.A. sweater,” Team USA forward Luke Aquaro said.

A journey to the World University games that was crafted 250 miles away from Lake Placid in Division III Hobart College, Geneva.

"I started skating when I was 5. I've always played hockey and I really, I grew up playing. I never knew that I'd be playing college hockey. I thought I was going to play and see where it takes me. And I never, never thought I'd be in this situation, even getting talked about going to something like this,” Aquaro added.

Only a sophomore, Aquaro is the leading goal scorer for Hobart, which by the way is the number one team in the nation in Division III. It's a big reason why Aquaro did not make the trip north alone.

“It's great, you know, for me. Plus, I'm a northern New York guy. You know, I grew up in Canton and can't Lake Placid. I mean, that's where my roots are. That's where I come from,” Team USA head coach Mark Taylor added.

In addition, Aquaro’s Hobart teammate, defenseman Cooper Swift and his Hobart head coach, Mark Taylor, joined him on the journey with Taylor taking the reins behind the bench.

“This is an opportunity and a responsibility to represent this group and to represent the country. And to a deeper level, you represent your family and friends, you know, that are rooting for you," Taylor added.

For Aquaro, there are plenty rooting for him. Those from home just outside of Philadelphia to Geneva, and of course, the entire United States of America.