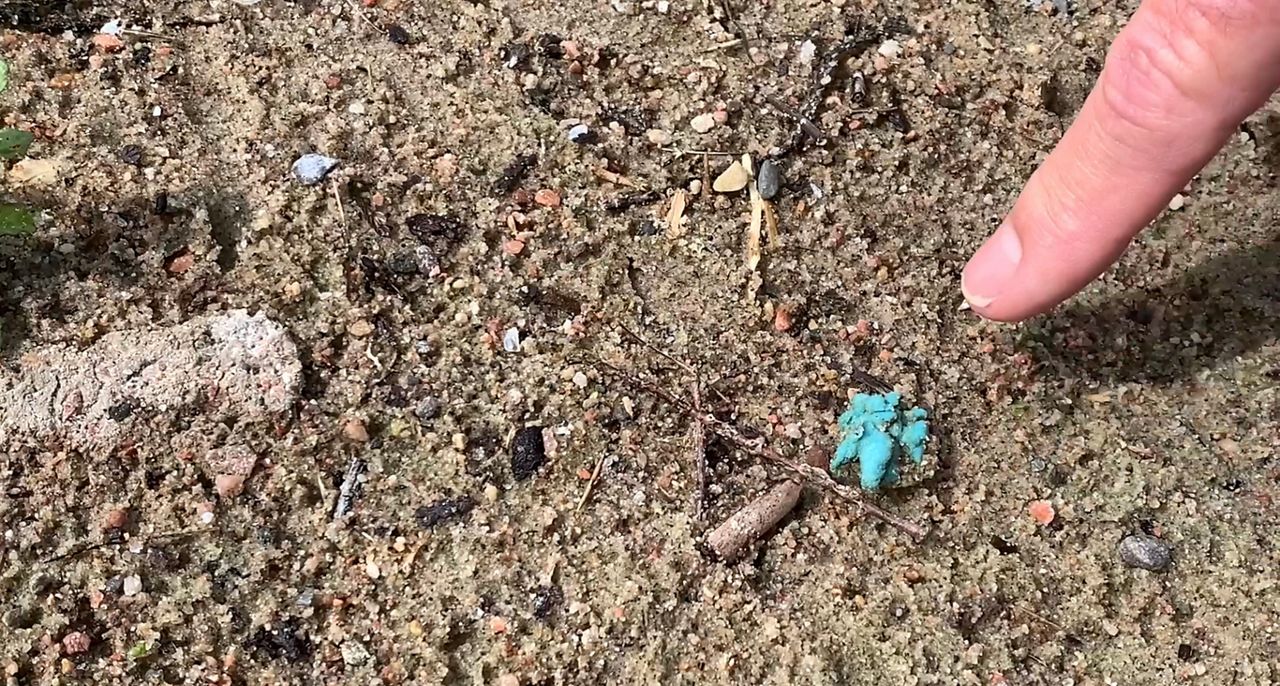 During the flooding of 2017 and 2019, many homeowners along the shores of Lake Ontario and the St. Lawrence River saw their docks covered in water or simply destroyed.

Some began to use floating docks, which have been popular for decades. However, some floating docks — especially the older ones — contain plastic foam, and now that plastic is turning up on beaches.

Save the River Executive Director John Peach says in his travels, he has heard a lot of people talk about the beauty of the Thousand Islands. Conversations often based on memories of something good, if not great, memories involving family and friends.

For John Peach, nothing beats those memories made at the various state parks sitting along the shoreline of Lake Ontario and the St. Lawrence River.

However, John often visits these places in his work capacity as well.

“What I often do is, I like to just sort of stand here for a minute and kind of let my eyes focus,” he said as he prepared to look at what might be washing ashore.

John spends a good amount of time on these beaches to ensure those memories can be made for generations to come. Along with his team and local volunteers, he organizes various clean up days, and he admits sometimes it can get frustrating.

“Cigar butts, I can’t stand that. It makes me sick to see it,” he said as he leaned over to pick one up.

However, for every cigar or cigarette butt he finds, John’s eyes simply cannot escape those hundreds of small blue chunks. That plastic foam is used in older floating docks, typically needed in high water and flooding events, such as what the region has seen in 2017 and 2019.

The problem John says is, over time, critters can easily claw their way in.

“Then that plastic just goes right out into the water and comes up on the beaches,” said John.

As John sees it, that’s not even the worst part. Not only have fish have been known to eat the plastic foam before it washes ashore, research shows chemicals in the water cause further complications.

“It's more scary because the chemicals attach themselves to the plastic and it becomes more than just eating a piece of plastic, which is bad enough,” said John.

It’s research that has become a passion project for John and his team at Save the River. Not only are they cleaning up beaches, but John is now writing articles and sharing information and pictures to show others what is happening. It’s all about raising awareness.

“I hope that island and riverfront owners that have got floating docks realize that the degradation of the floating material in there is a real problem for the environment,” he said.

John says the newer floating docks with steel or PVC are the way to go. He says if you can swing it, if you can make that change, to do so as soon as possible.

As for how to clean up the sand already polluted, John says he isn’t sure. He can think of dredging or vacuum projects, but will continue to follow the research before offering ideas he believes can be solutions.