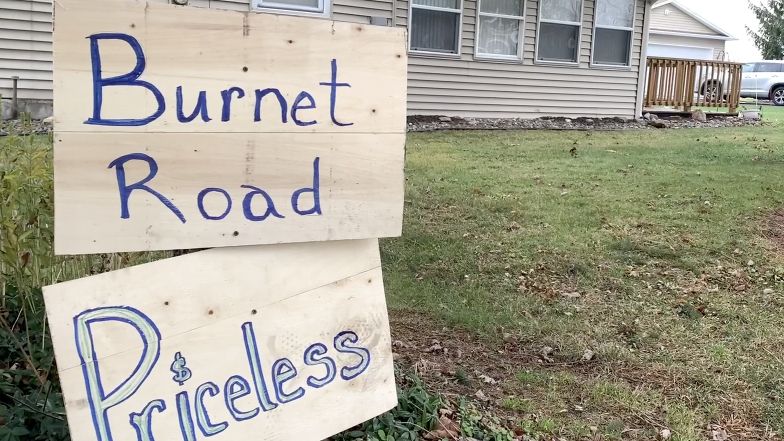 A proposed business park project in Onondaga County is once again drawing criticism.

Called White Pine Commerce Park, the project in Clay is has received pushback from residents who could be directly impacted, and now county lawmakers also are expressing concern.

The proposed project ramped up when the county purchased 198 acres of land back in September 2020 from a Burnet Road property owner to add to the 450-acre park on Route 31.

During a Tuesday meeting, members of the Onondaga County Legislature Ways and Means Committee discussed funding for the project. Though no vote was taken Tuesday, the committee talked about loaning $20 million to the Onondaga County Industrial Development Agency (OCIDA).

Part of that money — not all — would be used for the White Pine project to buyout property owners, though the county hasn’t specified how much would be allocated.

In March, Onondaga County Executive Ryan McMahon said a large portion of the $89 million stimulus funding from the American Rescue Plan would be used for economic development projects like the White Pine.

Some legislators are simply against the idea of signing over such an amount of American Rescue Plan dollars when it’s unclear how much would be used for what.

Legislature Chairman Dave Knapp says, if the loan is approved, the Legislature would need to OK how OCIDA plans to use some of the money.

“This is something that’s just coming upon us,” said Knapp. “We have a lot of say in what’s going on here.”

OCIDA would repay the debt through fees it earns from developers using the agency for financing or tax breaks.