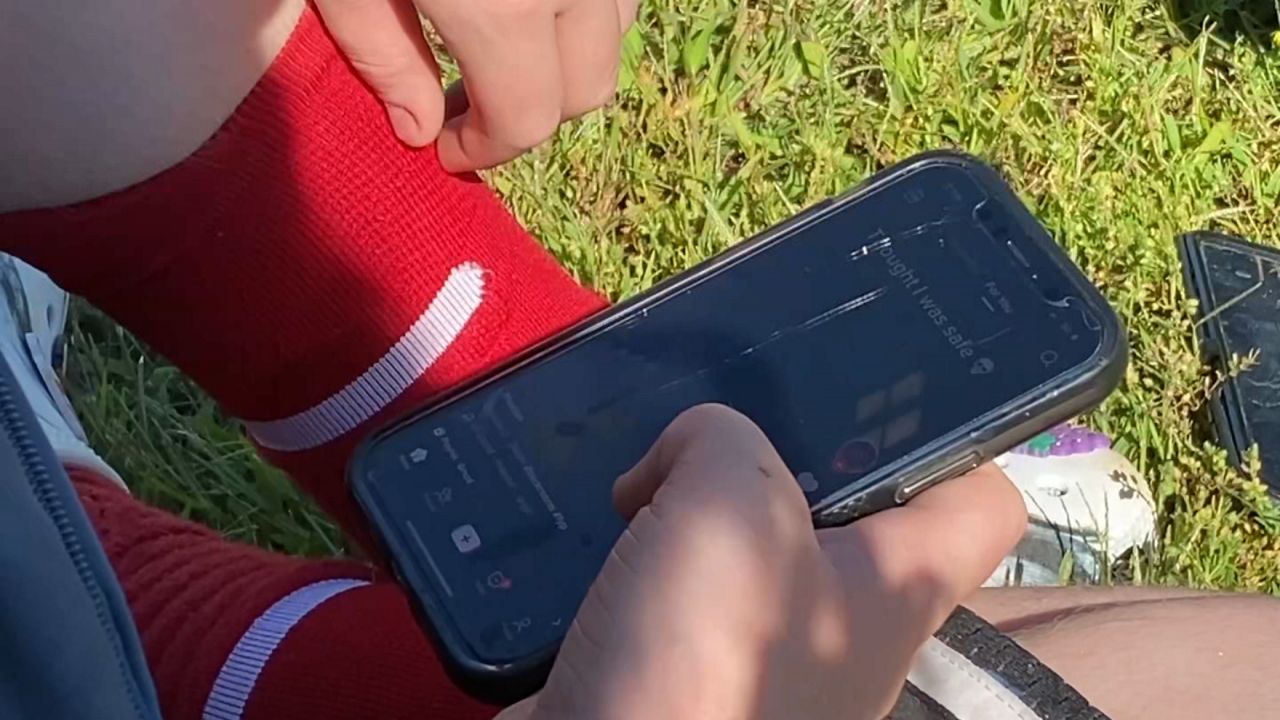 GREECE, N.Y. — As the new school year gets underway, some schools have implemented a no-phone policy.

One of them is Greece Odyssey Academy.

It’s been a good summer for Bane Wollschleger. But soon he’ll be entering seventh grade at Greece Odyssey just down the road.

“I want to experience seventh grade, see how it is," he said. "Try to do my best this year, have fun and not get in trouble, you know?"

“We’ve tried a variety of different policies in our school district to address cell phones," said Marc Fleming, principal on special assignment. "But given what we saw last year, those adverse mental health effects, the impact on instruction, we felt it was time to try a new policy.”

It’s called the YONDR pouch, which students keep on their person after locking their cellphones inside at the beginning of the school day. At the end of the day, magnets posted at the door can be used to unseal them.

He says battling cell phones has always been an issue, but following the pandemic, action had to be taken.

A committee of students, teachers, parents and administrators arrived at this policy after looking at what other schools across the country are doing.

“We did a lot of research on it," said Fleming. "We went and saw schools that confiscated phones, we went and talked with other schools that utilize the YONDR system. And we thought it was a good step to take in our own district.”

Wollschleger admits cell phones can be an issue in class and lead to other problems outside of class.

“Sometimes there are people in class arguing with each other over the phones, which I don’t think is the best idea," Wollschleger said. "It’s just gonna start more drama, and we don’t want fights in school. It starts that too.”

He says he doesn’t mind the new policy at all, given why he’s in school in the first place.