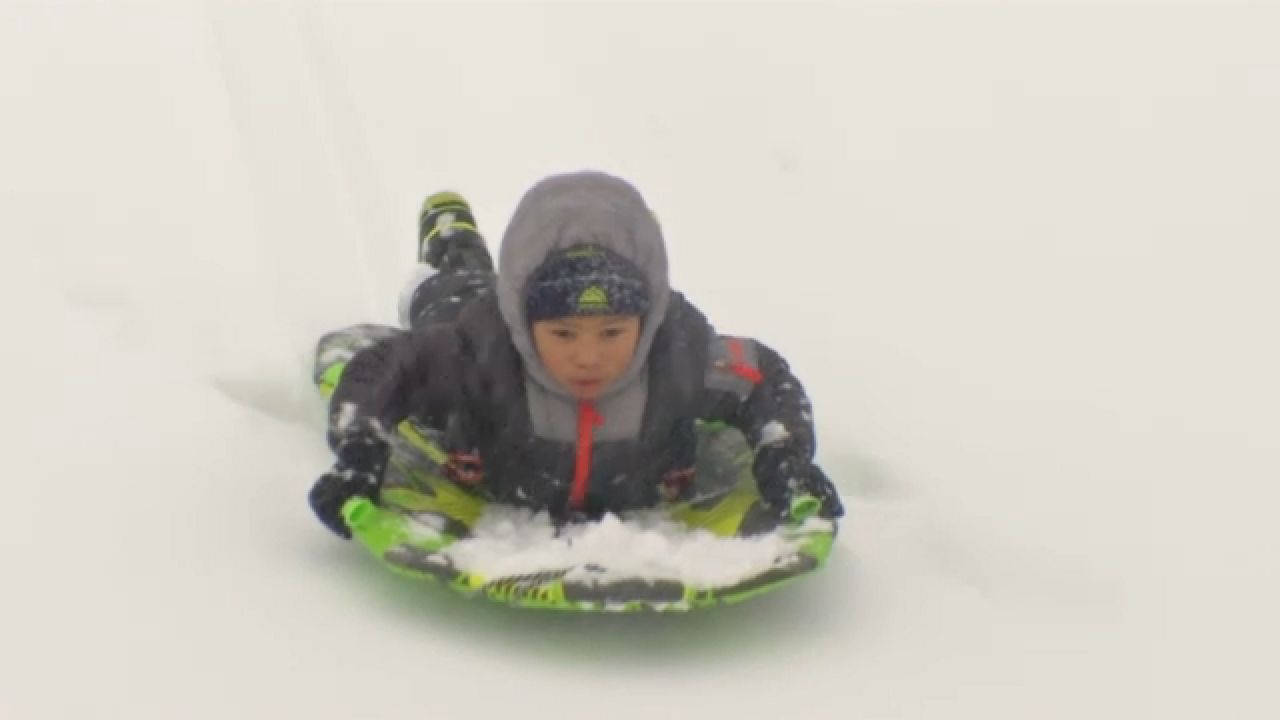 Whether shoveling or sledding, Rochester residents make most of first big snowfall of the year

ROCHESTER, N.Y. — The first big snowfall of 2022 hit the Rochester area on Monday. Due to Martin Luther King Jr. Day, there wasn’t much reason for some residents to even step foot outside. That didn’t stop many from shoveling driveways and sidewalks, and others from having some fun in the snow.

“I’ve been waiting all winter for this,” Kyle Vachon of Rochester said. “And for it to finally come - I would’ve liked it a little bit earlier, but I’ll take what I can get at this point.”

Driveways were covered, and some cars were buried to their doors.

“It’s definitely hard work,” Leah Fowler of Rochester said. “I was actually planning on going to work today, but then decided not to. I thought this would be a 40-minute task, and it's turned into something much more, obviously.”

But even with all the shoveling, it wasn't all work.

“We saw how much snow there was, and earlier my dad asked me if we wanted to go sledding,” Shane Henry of Irondequoit said. “And you can’t say no to that.”

Even though it was a bit too much snow for sledding, Bob Henry of Irondequoit still enjoyed spending time with his kids.

“They’re still having a good time,” Henry said. “Get them out. Get them off their screens. Get them playing in the snow.”

A foot or more of snow fell in parts of New York state, Ohio and Pennsylvania Sunday night through Monday morning.