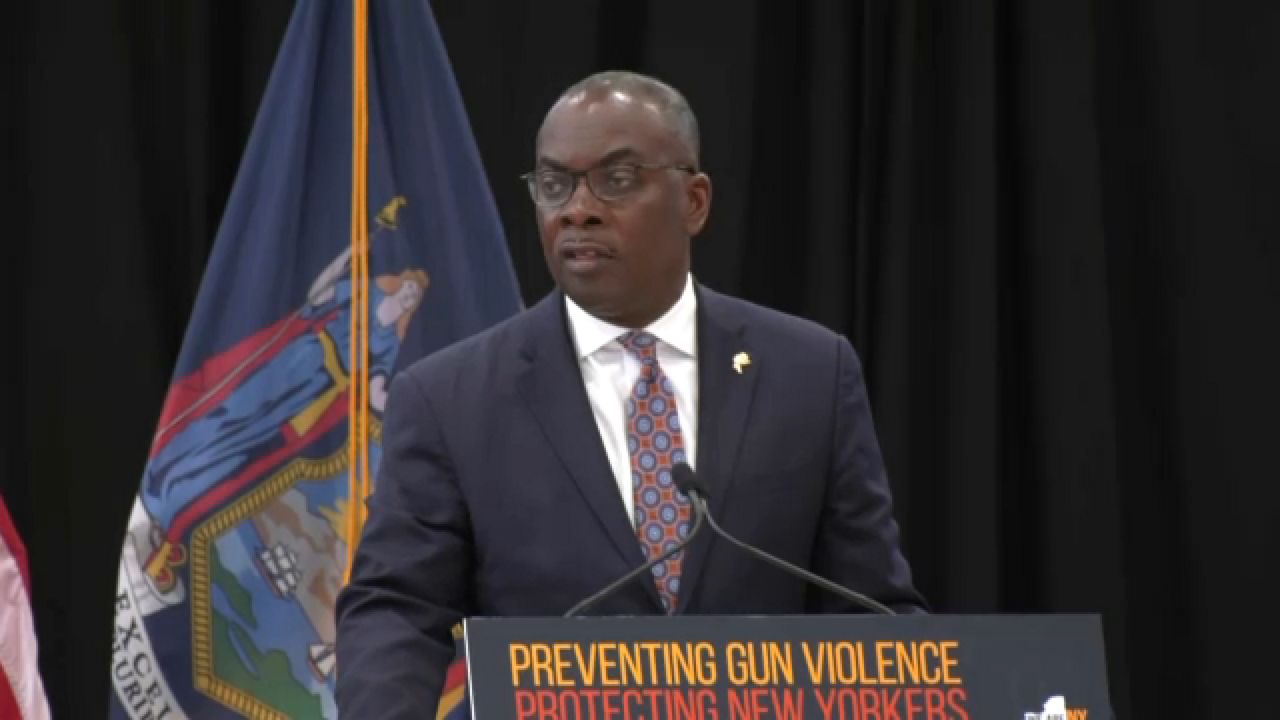 "As Gov. Hochul said, for us in Buffalo, this is very personal," said Mayor Brown. We are still hurting, we are still grieving and we are still in pain from what happened in our community on May 14."

The governor and other lawmakers had vowed to expand the state laws since the hate-fueled shooting at a Tops supermarket on Buffalo's East Side left 10 people dead.

Last week, state lawmakers passed legislation that requires licenses for semi-automatic rifles and raises the age from 18 to 21 for anyone who wants to buy one of those guns.

They also passed a bill that would ban civilians from purchasing bullet-proof vests unless they are active members of law enforcement, a firefighter or first responder who has a job in which protective vests are required. Another bill signed broadens the red flag law, expanding the list of people who can file for extreme risk protection orders for those deemed to be a danger to themselves or others.

A suite of measures was also passed that are meant to increase monitoring of hate speech over social media platforms and a crackdown on domestic terrorism after the alleged shooter in Buffalo posted a racist screed online. In addition, New York Attorney General Letitia James is investigating the role of social media platforms in the Buffalo shooting.

"People deserve to be safe going about their daily lives," said Brown. "They should not have to worry about getting gunned down while shopping on a beautiful Saturday afternoon. Yes, in Buffalo, a white supremacist traveled three and a half hours to our community with the stated purpose of killing as many Black people as possible."

Officials at the state Division of Criminal Justice Services will also study the feasibility of microstamping of bullets when fired from a gun, a long-sought measure that has sat on a shelf in Albany for years.

"This is a day that the families of the victims in Buffalo have asked for," said Brown. "This is a day that people's hearts are crying out for. So Gov. Hochul I thank you, I thank our legislative leaders, I thank the members of the state legislature here in New York for hearing the voices of the people. For hearing and feeling the pain that we are feeling in Buffalo and communities across this country that have experienced this kind of mass shooting carnage."

During his speech in New York City on Monday, Mayor Brown also had strong words for lawmakers in Washington, D.C., urging them to follow the lead of New York state, saying the question is not if another mass shooting will happen but when.

"I am also hoping that it will send a message to states all across this nation, to the lawmakers in Washington, that enough is enough and the time for real, sensible gun reform at the federal level is now," Brown said.

"Hate will not win. Evil will not win," said Brown, echoing President Biden's words during his visit to Buffalo. "This day of action is about making sure that it doesn't win in New York state."

Republicans and gun-rights advocates in the state have argued that the new laws will not have a significant impact on the safety of New Yorkers and do not do enough to address mental health concerns.