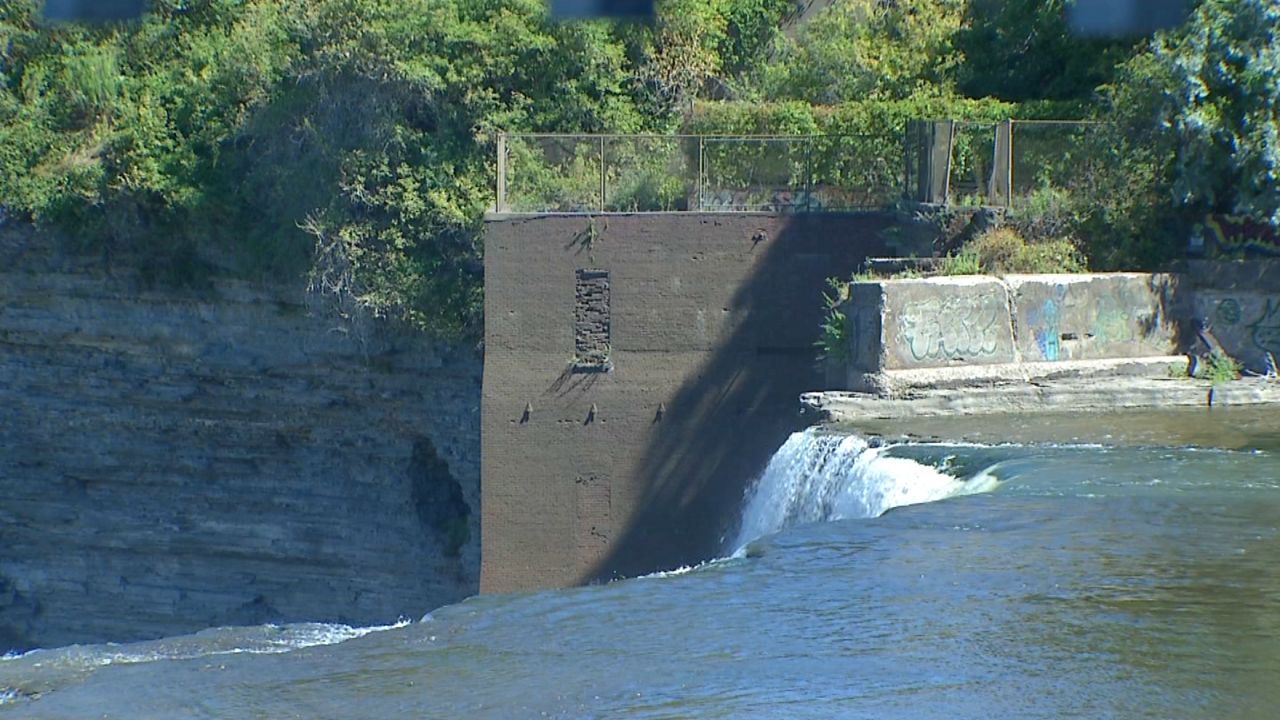 ROCHESTER, N.Y. — City officials are reminding the public of the dangers of Rochester's High Falls and Genesee River Gorge after a 19-year-old fell to his death early Thursday morning.

Rochester police say Rory Lochner was with friends when he entered a gap in a fence near where the Inner Loop crosses the Genesee River. They say there is a considerable drop into the gorge on the other side of the fence. Firefighters responded and were able to descend about 150 feet to where the teen had fallen, but they say it was too late.

This accidental death comes a little more than a month after another person fell into the river gorge and died.

19 year old man dies from what appears to be a tragic accident on the inner loop at St Paul. Video from the scene. RPD info to follow. #roc @SPECNews1ROC 1/2 pic.twitter.com/PMA1RzPRjO

RPD Lt. Greg Bello says dangerous areas are marked off with signs and fences, adding it's not worth risking your life, or someone else's life, exploring these areas.

"The family that goes along with that 19-year-old lost a son, they lost a brother, lost a cousin," said Lt. Bello. "All the different family relationships. But then also, his friends were there with him. And the friends just lost a friend that they witnessed. So there's tragedy all around in this aspect, which is really heartbreaking, which is why we're here talking about this today to try to push as much safety around those areas because they are dangerous."

Bello says if you are exploring the parks along the river, stay on a trail and bring a phone in case of an emergency.