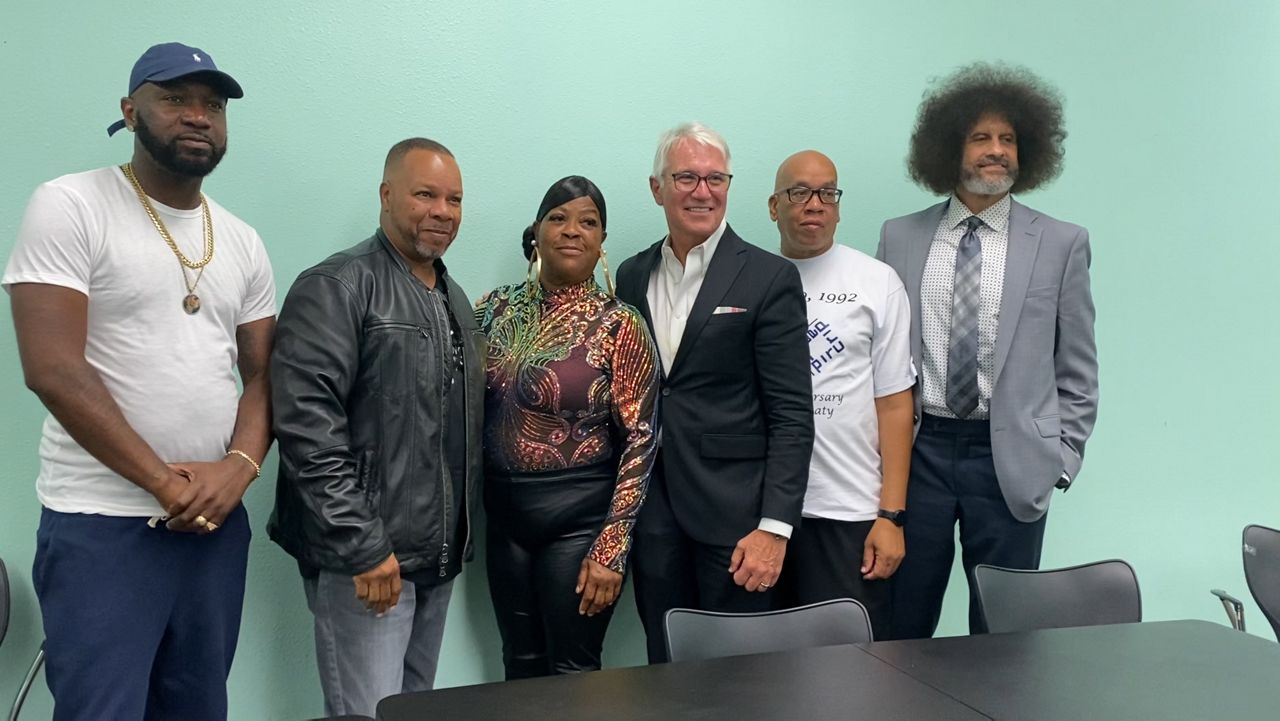 LOS ANGELES — On April 29 1992, leaders of different factions of Los Angeles gangs, the Bloods and Crips, came together to broker a peace treaty.

The truce was modeled after the 1949 armistice agreement that helped end the Arab-Israeli war occurring at the time.

The peace agreement was a success and led to a decline in gang violence across South Los Angeles, and especially in Watts.

On Friday, 30 years after the Watts Peace Treaty was agreed upon, some of the people who helped create it met with district attorney George Gascón to discuss why the treaty was a success, and how to bring the lessons learned then into the future.