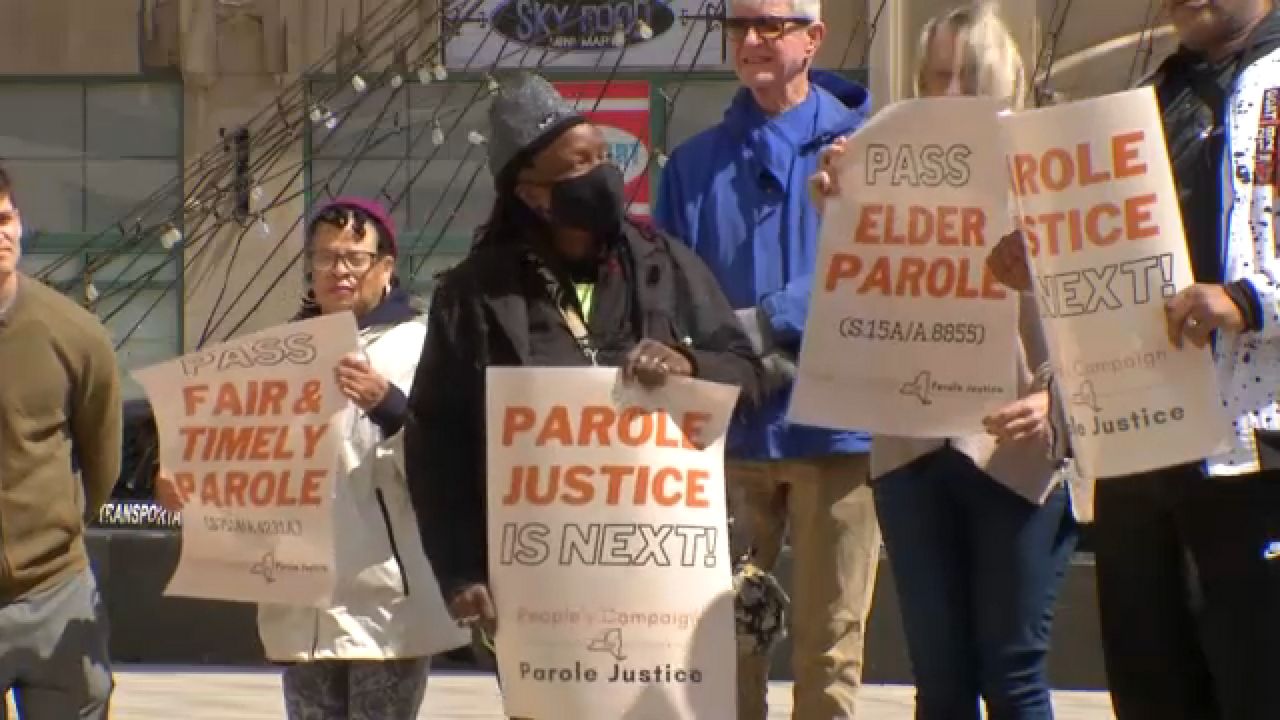 Advocates rally for passage of elder parole reform in Rochester

ROCHESTER, N.Y. — Parole justice advocates rallied at the Liberty Pole in Rochester on Wednesday to call for the passage of elder parole reform before the end of the legislative session.

They want the parole board to review cases of inmates who are 55-years or older and have been in prison for at least 15 years.

They say prison conditions, along with the minimal threat older inmates pose to the public, outweighs their risk of dying in prison.

Those in favor also say restorative justice would best come outside of prison.

“The criminal justice system, as it is right now, our jail system isn’t really providing opportunity to make it right,” Monroe County Legislator Carolyn Hoffman said, “So we’re actually not centering victims in the way we’re doing things right now in that we’re not actually asking victims ‘what do you need for this to be made right?’”

“As the former director of a local residential re-entry program, I understand the challenges associated with parole,” Assemblymember Harry Bronson said in a statement. “We must work to remove the barriers to a successful re-entry so people can return to their families and become a productive part of our communities. I strongly support re-entry programs that empower people with the tools necessary to gain knowledge, make informed decisions and break the cycle of incarceration. I am co-sponsor of both the Elder Parole and Fair and Timely Parole bills in the Assembly, and I will continue to fight for parole justice.”

Advocates do say parole needs to granted on a case-by-case basis, and the type of crime committed needs to be evaluated.