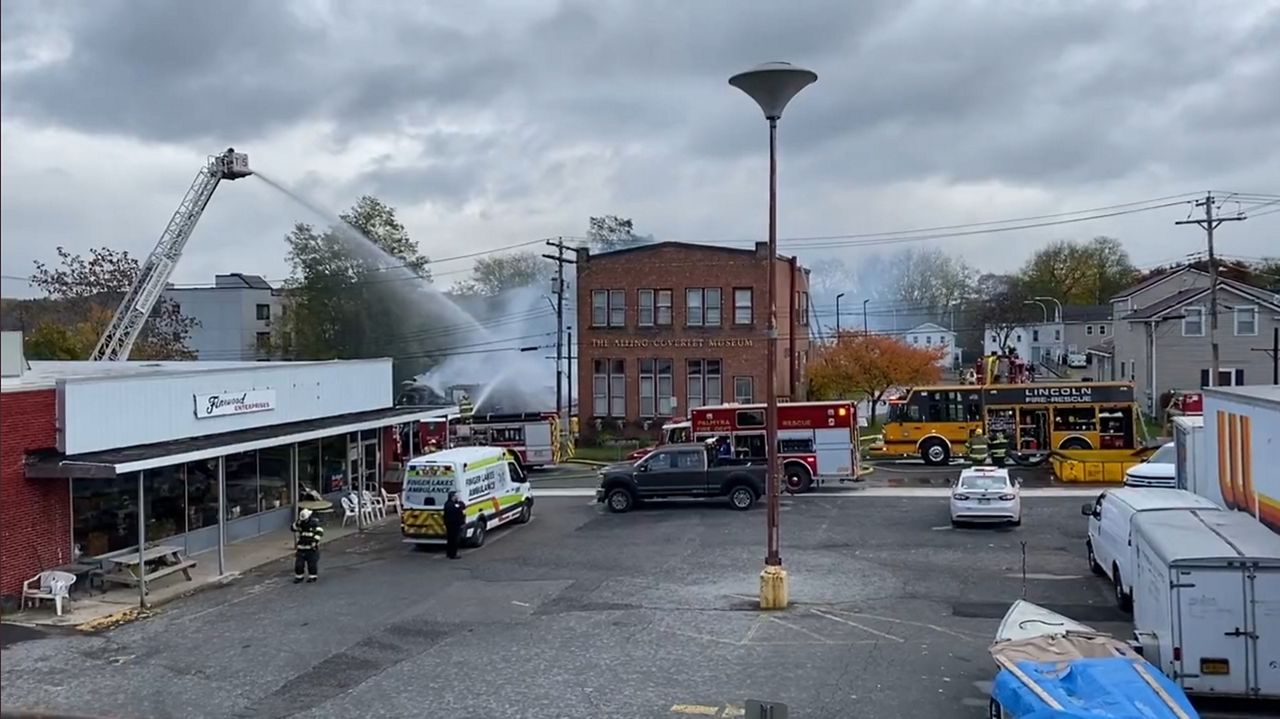 PALMYRA, N.Y. — A laundromat in Wayne County has been destroyed after intense flames tore through the building.

The fire broke out Wednesday around 10 a.m. at Palmyra Coin-Op Laundry, located on William Street in the village. 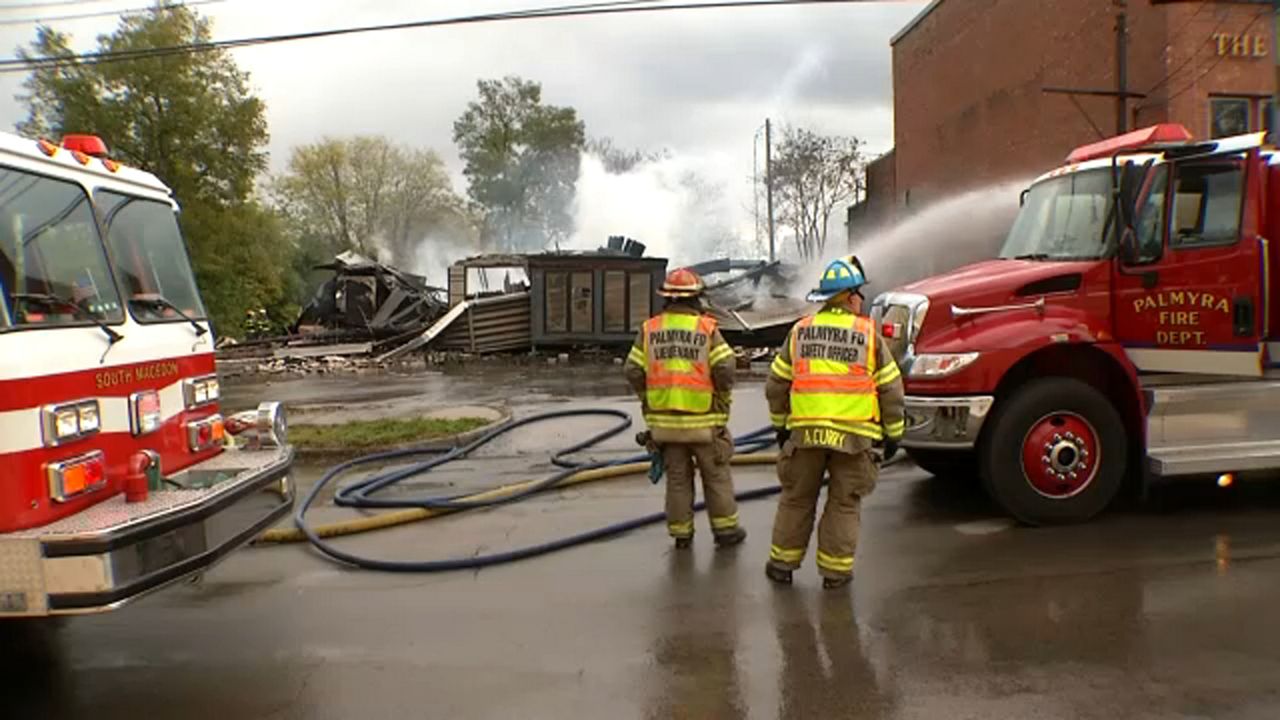 The flames attracted a lot of attention from the community and several people posted pictures and videos on social media as the structure was burning.

The Alling Coverlet Museum sits next to where the laundromat stood. The museum, built in 1901 as a newspaper printing office, sustained some charring to the side of the building, according to retired Executive Director Bonnie Hays.

She and other members of the museum had been in the building's kitchen when the fire next door caught their attention. 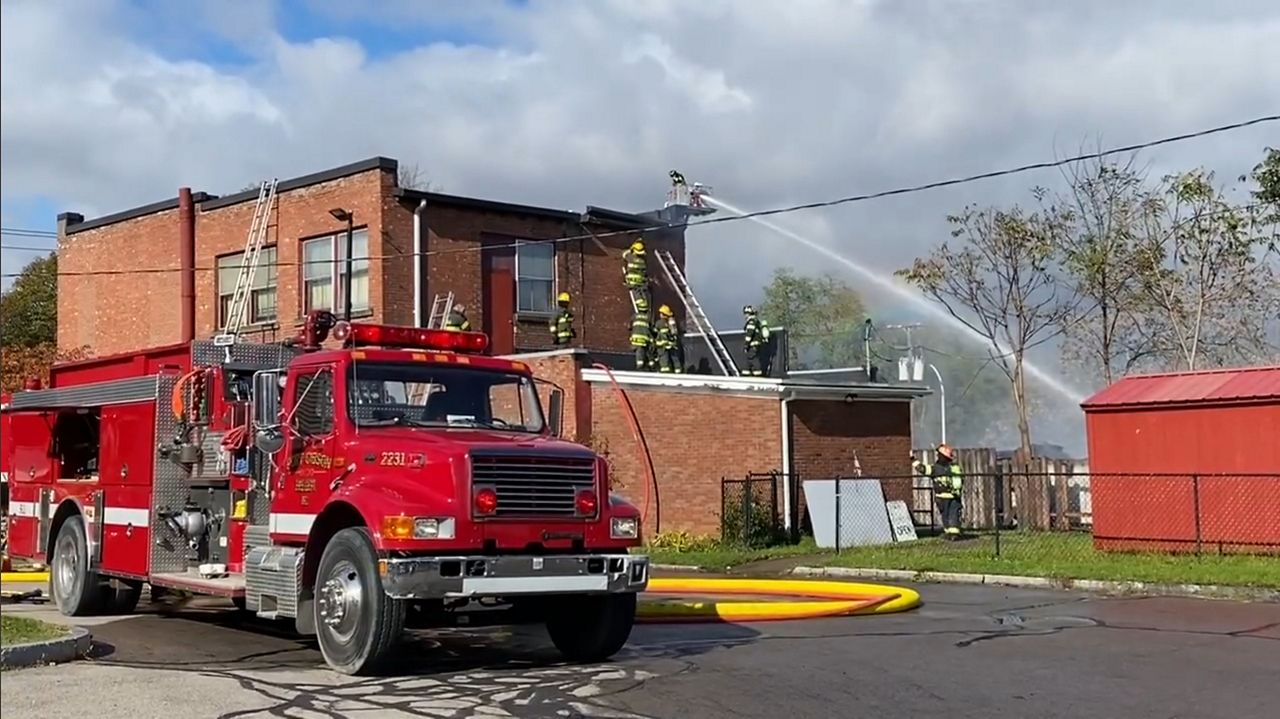 "We saw the fire and it was just terrible," said Hays. "And you could tell it was just going and getting bigger and bigger. Our buildings are this close to each other, about 3 feet. So it's terrible, it's too close."

Hays says they had prepared the museum for just such a fire by closing off the windows on that side of the building and installing flame retardant drywall and another layer of bricks for protection.

The museum houses and displays the world's largest collection of handwoven coverlets made between 1820 and 1880. There are around 500 of them stored there. 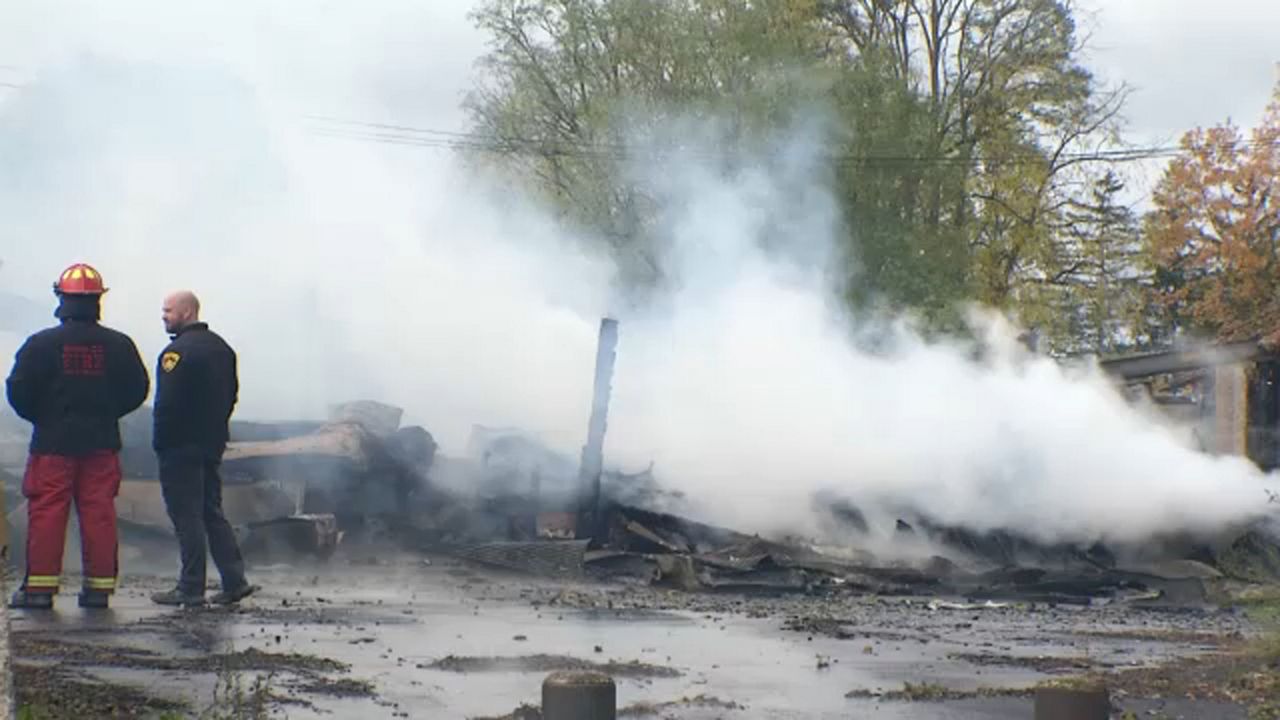 The fire was brought under control around noon. There have been no reports of any injuries. State police say two teenagers have been charged with arson in connection with the fire.