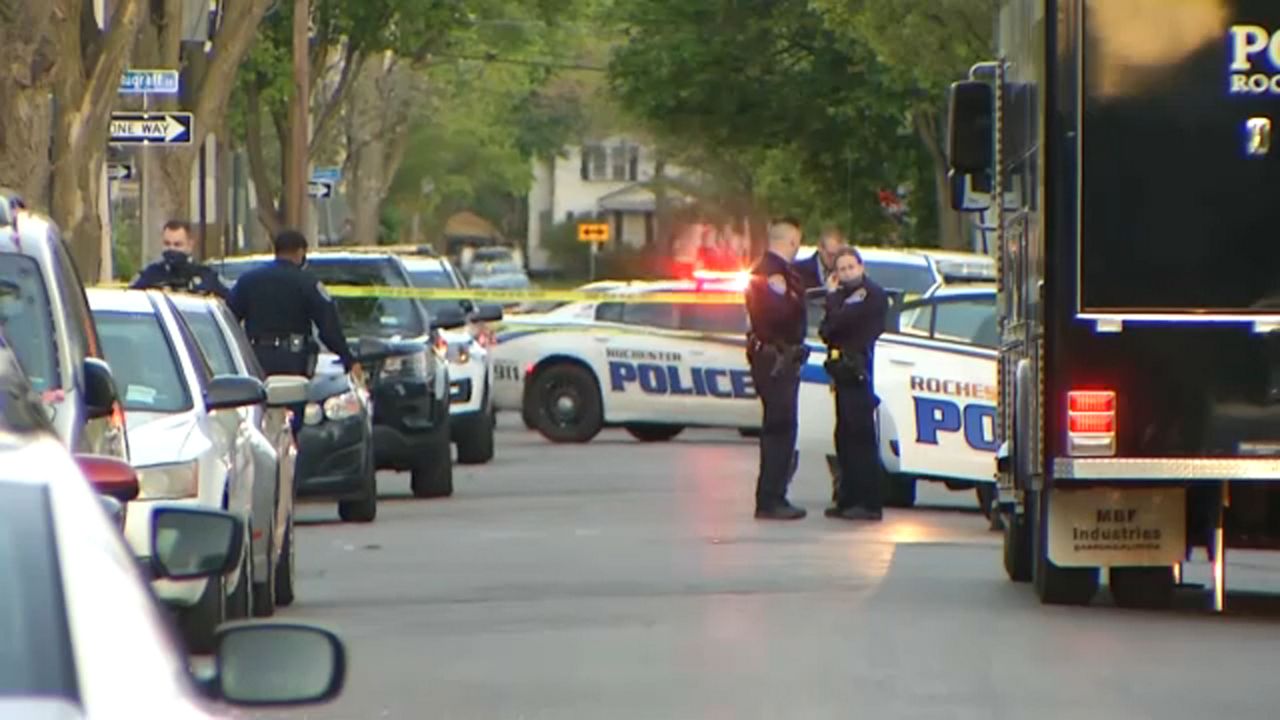 ROCHESTER N.Y. — The Rochester Police Department has released body cam footage from an incident on Glasser Street where police shot and killed a suspect on Friday. That footage can be seen here.

The RPD on Saturday identified Mark Gaskill, 28 of Rochester, as the man shot and killed by police.

The body cam footage first shows RPD officers stopping a car they said was leaving a nearby incident.

Officers in the footage take turns speaking to the passengers of the vehicle when an officer says a back seat passenger pulls a gun from his waistband.

The body camera footage continues to show officers recover the gun from the vehicle. They say it was located next to the man’s hand.

9 rounds are heard fired within 24 seconds. Person in back seat is shot.

Person in front passenger seat gets out of the car with hands raised, his silhouette projected on the house across the street. He is not hit. #Roc @SPECNewsROC pic.twitter.com/QMbMcXVU9t

The incident took place in the area of Glasser Street around 4:30 a.m. According to police, it started when officers were called to Lyell Avenue for a report of shots fired. Eventually, police spotted the suspect's vehicle and pulled it over on Glasser Street.

Two RPD officers have been placed on administrative leave as a result of the incident, Interim Police Chief Cynthia Herriott-Sullivan announced during a press conference Friday afternoon.

During the press conference, Herriott-Sullivan said that "at least nine shots were fired" during the incident.

“We’re going to do the best we can to investigate this, work with the Attorney General’s office and get the public whatever information we have and be as transparent as well,” Herriott-Sullivan said.

BREAKING NEWS: Rochester Police Confirm that officers shot and killed a suspect on Glasser Street. No officers were hurt in this incident. It’s early in the investigation but they believe the suspect had a weapon. More on this Throughout the day. #roc @SPECNewsROC pic.twitter.com/pv47iYKOwJ

Officers say a man inside the vehicle was seen "brandishing" a handgun, and that's when police fired into the car, killing him. Police say it's still unclear if the suspect fired at officers, or if more than one officer fired at the suspect.

Spectrum News is told another man was in the suspect's vehicle, but he was unharmed.

The officers involved were not hurt.

Rochester Mayor Lovely Warren addressed the situation during a news briefing Friday morning, where she confirmed the attorney general is now in charge of the investigation into the incident.

The suspect's vehicle was eventually towed from the scene and the street was reopened at 11:30 a.m.

Rochester's police union calls the shooting a "dire" example of what police officers face on city streets, adding in part, "No loss of life is good. We are thankful that our members avoided injury to themselves and others when confronted with a deadly situation."