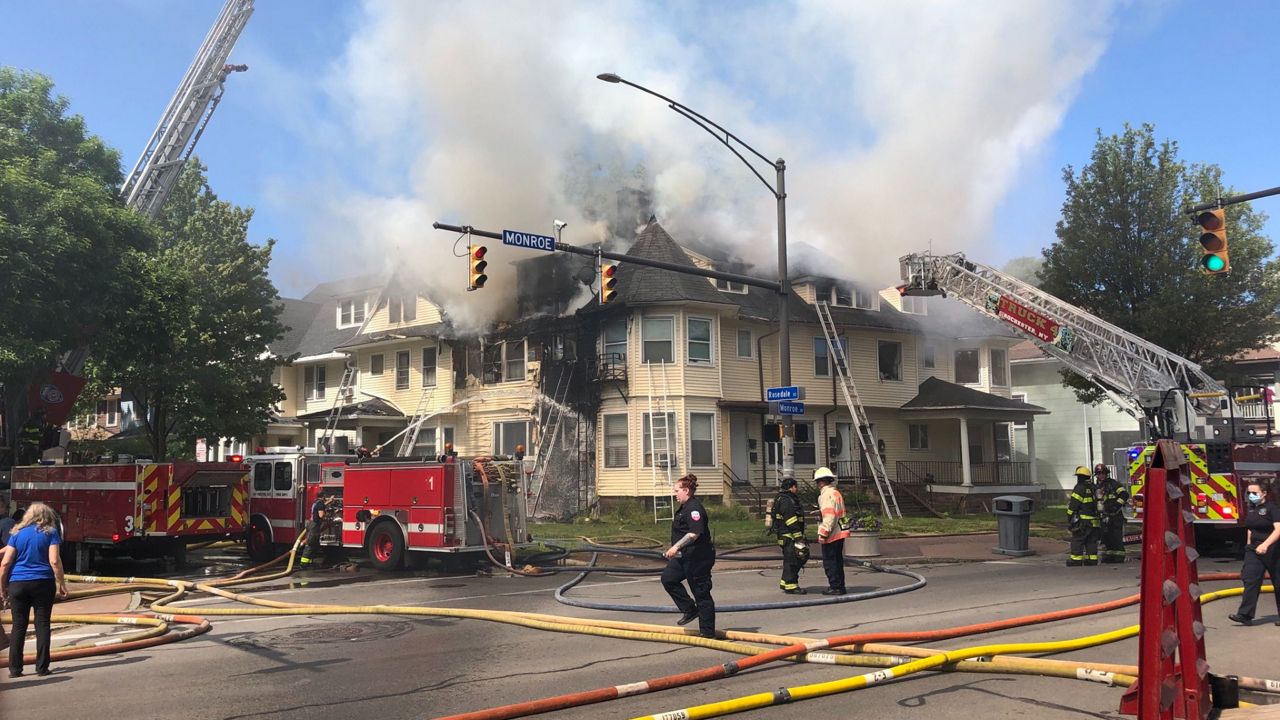 Dozens of Rochester firefighters responded to a three-alarm fire Tuesday morning on the corner of Rosedale Street and Monroe Avenue. While several people are displaced, Spectrum News has been told that everyone made it out safely.

"Once they opened up the roof and all of a sudden it got more intense," said Mike Armstrong, a Rochester resident who saw the flames. "When you think it's under control, it kind of sparks up and goes right back at it."


Nearly 80 firefighters responded to the call.

"And they've been dumping water on it from different angles for a while now. It seems like it's been pretty hard to put out," said Tiffany Wood, another Rochester resident who witnessed the fire.

Multiple fire crews are on the scene putting out a fire on Monroe Avenue. pic.twitter.com/Y5Oj1ILiRo

The Rochester Fire Department reports the 21 people living in the 11 units were all accounted for. The current heat made things harder for the crews to do their jobs.

"It's very difficult to fight a fire in this type of heat, humidity, it tends to drain the firefighters faster than they normally would," said Lt. Ryan Fleming of the Rochester Fire Department. "So that's why we all like to get extra manpower to ensure our firefighters are as safe as they can be."

There's no word yet on the cause of the fire, but officials don't believe it is suspicious. The Rochester Fire Department has seen an increase in fires, which officials attribute to more people staying home.

The American Red Cross is assisting the families who have been displaced.