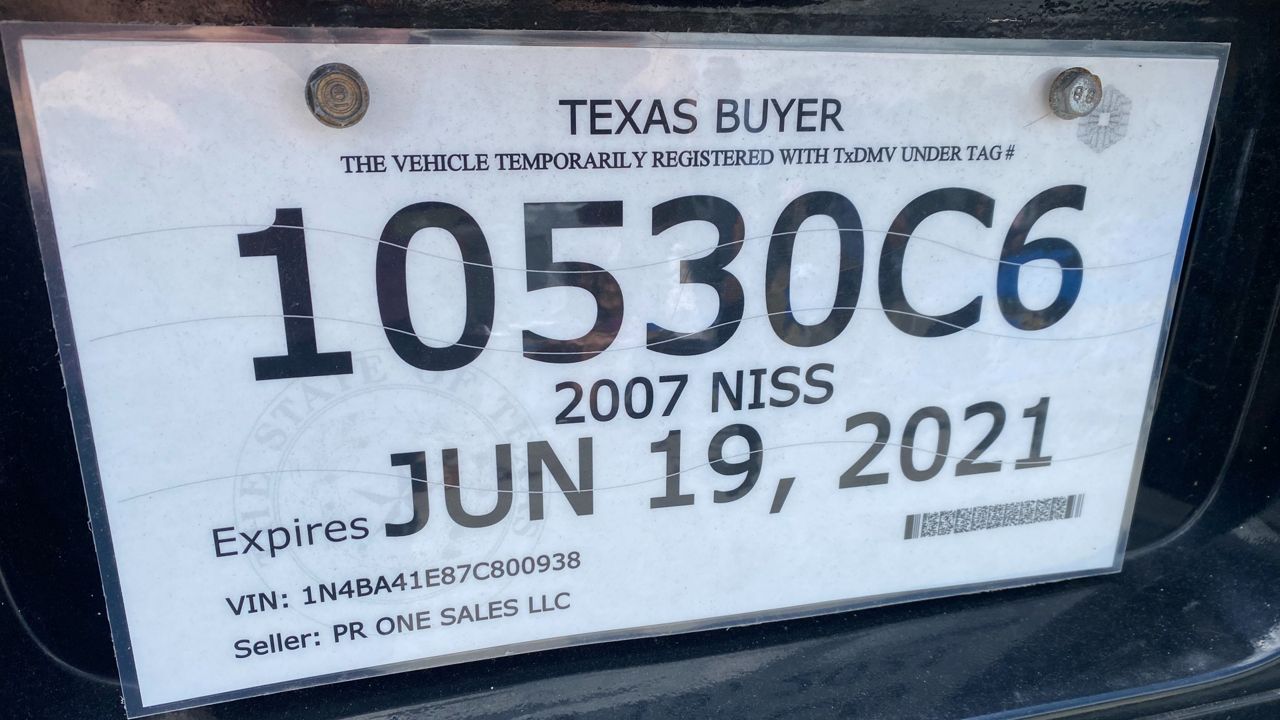 The city is putting scofflaws on notice.

“If you dare to obscure your real license plate or if you affix an altered or forged temporary plate to your vehicle,” NYPD Chief of Transportation Kim Royster said, Tuesday. “We are out there now in real time, looking for your car and looking for you.”

Like ghost guns, the origins are difficult—if not impossible—to trace.

At an NYPD impound lot in Queens, Mayor Adams held up paper plates from Washington, D.C., Texas and New Jersey before saying, “You continue to see that New York City becomes the burden of illegal actions that are being borne in other municipalities.”

The mayor used the example of a luxury car seized and placed in the lot.

“That 2014 Maserati, tinted windows, fled the police, found to be in possession of a 40-caliber gun, possession of crack, suspended license in Brooklyn, a river that we were able to dam,” he said.

Royster was asked more broadly about drivers acting with impunity.

“We are turning the tide now. Our hazardous violations as well as our moving violations are up citywide,” she said.

NY1 asked Adams about zeroing in on paper plates when they account for just a fraction of traffic fatalities.

He voiced the same approach to governing the city.

“Our city is dysfunctional, and I have the audacity to come in and say, I’m not just going to take one issue,” he said.

Asked about criticism that he’s more style than substance, the mayor ticked off dyslexia screening in every school, expanding the earned income tax credit, more summer youth jobs and NYCHA land trust as wins that add up.