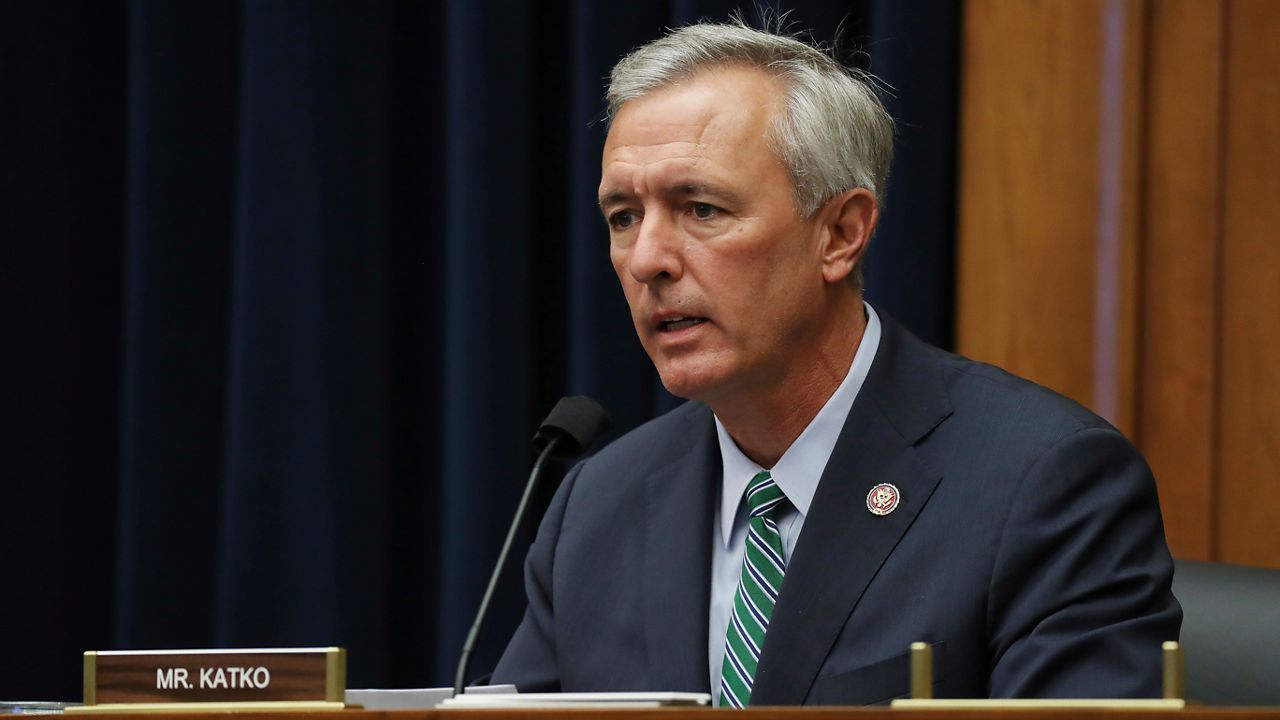 Central New York Congressman John Katko announced Friday morning that he will not seek re-election in 2022.

The four-term Republican broke with his party most notably in voting to certify the 2020 presidential election and to impeach former President Donald Trump following the Jan. 6 Capitol riot.

“My conscience, principles, and commitment to do what’s right have guided every decision I’ve made as a Member of Congress, and they guide my decision today," Katko said in a statement. "It is how I’ve been able to unite people to solve problems, and how I was rewarded with resounding victories in every single campaign for Congress."

Katko also drew ire from some Republicans when he voted in favor of the federal $1.2 trillion infrastructure bill passed in November. In touting the bill, Katko said Central New York would see $27 million go to the airport and another $74 million to other projects.

"Under that standard, Ronald Reagan would be a complete failure."

I asked @RepJohnKatko about GOP criticism over his 'yes' vote on #BIF, including a @PunchbowlNews report that rank-and-file Republicans may look to remove him & the other 12 'yes' GOPers from their committees. pic.twitter.com/3Sw6huuMvT

“He's taken a lot of heat and had an enormous amount of — putting it politely — hassle being a more moderate member of the Republican Party,” said Grant Reeher, director of the Campbell Public Affairs Institute at the Maxwell School at Syracuse University.

Katko subsequently worked with a leading Democrat to draft a plan for an independent commission to investigate January 6. Most House Republicans opposed the plan, and Republicans in the Senate blocked it.

Katko faced at least one Republican challenger for the June primary, Tim Ko, who criticized the congressman for supporting “a laundry list” of Democratic priorities.

Katko is the third of the 10 Republicans who voted to impeach Trump who has decided not to seek another term.

Immediately following the Jan. 6 attack last year, Katko said, “If I knew back then what I saw yesterday, I clearly wouldn't have supported [Trump] and I can't support him going forward.”

After Katko’s announcement, Trump said, “Great news, another one bites the dust.”

INBOX: Trump statement on @RepJohnKatko announcing his retirement: "Great news, another one bites the dust. Katko, from Upstate New York, is gone!"

Meanwhile, Rep. Elise Stefanik, a fellow upstate Republican first elected in the same year as Katko, called him “one of the most effective Members for his constituents.”

First elected in 2014, Katko rose to become the ranking Republican on the House Homeland Security Committee, giving him a key role in overseeing domestic security and anti-terrorism efforts in the United States.

“Representing Central New York in Congress — solving real problems, and relentlessly championing bipartisanship — has been the honor and privilege of a lifetime," Katko said.

With Katko’s departure and a critical midterm looming, the Central New York district may become a prime target as Albany redraws the state’s congressional maps this year.

“You have to say that it helps the Democrats more than the Republicans because they have now a real path to taking the seat, whereas if he stays in there, it's hard for me to see that path, especially in 2022 and even in 2024,” Reeher said.