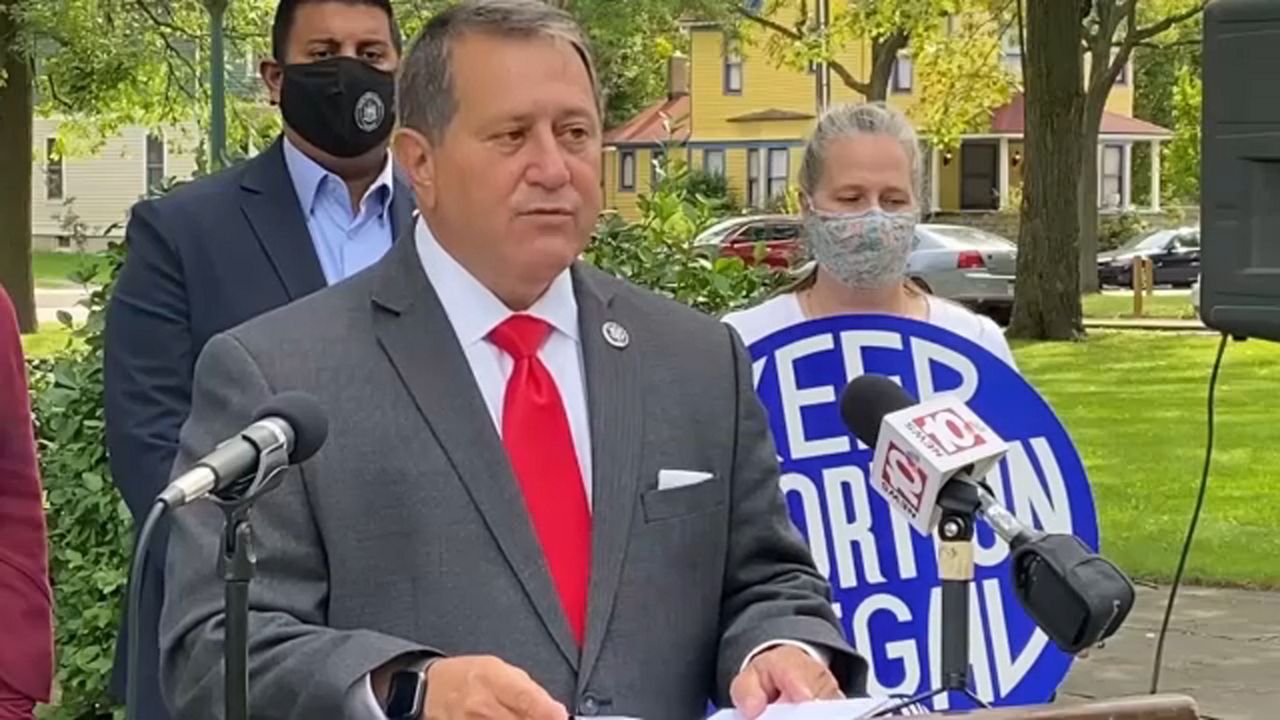 Congressman Joe Morelle hosted a conference on Saturday morning at Susan B. Anthony Square to talk about the passing of the Women's Health Protection Act.

At the event, representatives from Planned Parenthood of Central and Western New York and the Rochester branch of the National Organization for Women were also present, alongside Morelle, to reaffirm their support of a women's right to choose.

This comes as Texas lawmakers voted to make abortion illegal after six weeks, despite many women not knowing they are yet pregnant during this period.

“Every woman deserves the fundamental right to decide what happens to her own body. Unfortunately, that right is being threatened by oppressive policies in Texas and beyond—which is why my colleagues and I took action to protect the right to safe and legal reproductive healthcare for all Americans,” Morelle said in a statement. “I was proud to co-sponsor and help pass this landmark legislation, and I’m committed to working alongside all of my partners in government to strengthen women’s rights and women’s health services across the nation.”

The legislation has passed in the House and now moves to the Senate for consideration.