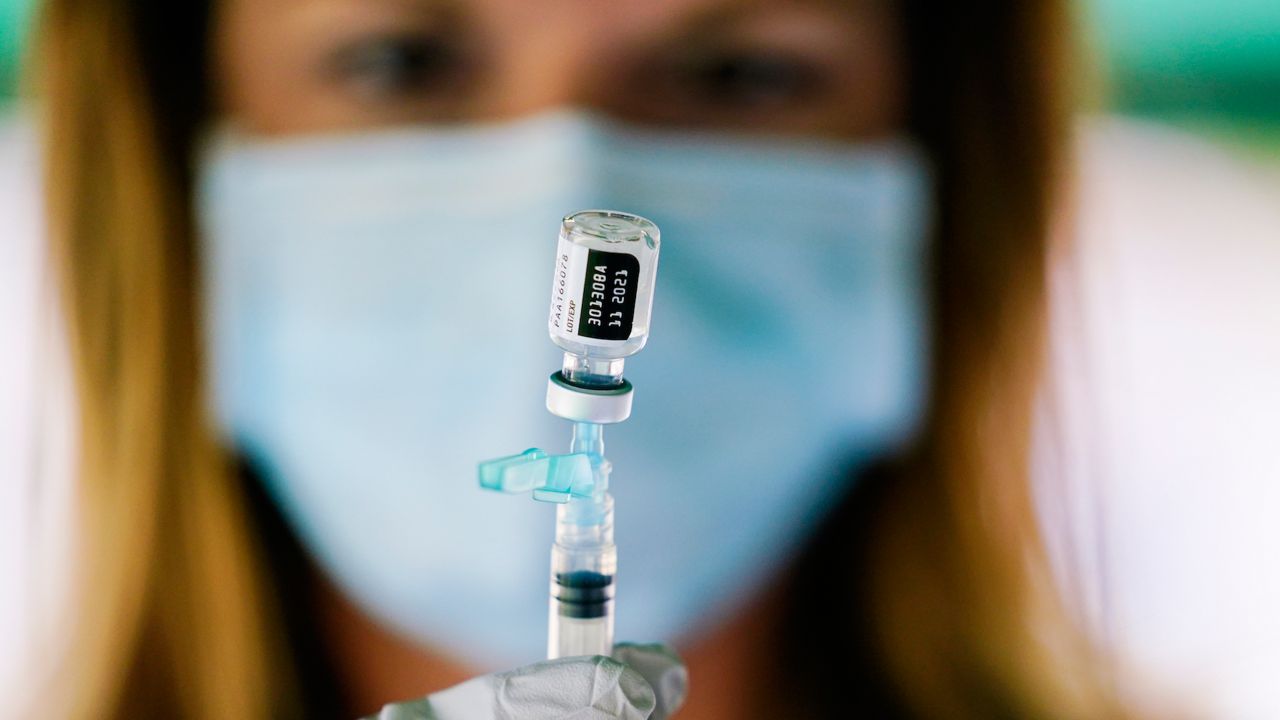 New York Gov. Kathy Hochul on Wednesday said health care workers threatening to quit over the COVID-19 vaccine mandate will not stop the state from moving forward with it.

“We've been alerted that there's a hospital in Lewis County that may not be able to deliver babies,” Hochul said. “I checked. Every baby that is supposed to be delivered in Lewis County has been properly delivered…I'm not going to let this be a problem for the state of New York. I will ensure that we have the resources. And people are required to have temporary staffing plans, anyhow. Hospitals are required to have a game plan.”

Hochul also stood by her decision to mandate the vaccine instead of allowing health care workers the option of opting out for regular testing instead. All health care workers at hospitals and nursing homes must be vaccinated by Sept. 27 or they will lose their job.

“I believe the mandates are smart,” Hochul said. “I still believe that this was one of the reasons we had an increase in the number of people getting the vaccine.”

On Tuesday, an upstate federal judge temporarily blocked the state from implementing the vaccine mandate for those seeking religious exemptions after a group of 17 health professionals sued, saying that their constitutional rights were violated since there was no religious exemption included in the mandate.

The governor blasted the idea that there is a religion that is discouraging people to not get vaccinated against COVID-19.

“I'm not aware of a sanctioned religious exemption from any organized religion,” Hochul emphasized. “In fact, they are encouraging opposite. They're encouraging their members, everybody from the pope down is encouraging people to vaccinate. So people will simply choose.”

.@GovKathyHochul on the lawsuit health care workers brought forward about the vaccine mandate

“I'm not aware of a sanctioned religious exemption from any organized religion…they're encouraging the opposite… everybody from the Pope down is encouraging people to vaccinate.”

Right now, there is no vaccine mandate for children in schools, but Hochul says it is still an option on the table.

“I'm not looking to trample on their rights as parents, but I also need to do more to convince the parents that this is what has to happen with your child to have a healthy, healthy existence while they're in school," Hochul said.

The state is also gearing up to prepare to distribute COVID-19 vaccine booster shots. Hochul said the state will be allocating $65 million to localities to help them with outreach and administering the vaccine. As it stands right now, there will not be mass vaccination sites for booster shots, but the state will be ready to step in and set one up if asked, Hochul emphasized.

“Going to help alleviate a staffing situation that we're anticipating will be the case and want to get ahead of that.” pic.twitter.com/W0loFLXBKs

Earlier this year when vaccines were hard to come by, people were driving all the way across the state or waiting in long lines just to get the jab.

Hochul assured that this time around, the state has the capacity and can handle the large quantity of people who might be coming forward to get the booster shot by working with local governments.

“We are far, far better place this year and I'm really proud of that,” Hochul said. “The workers who put themselves out there last year are signing up again, ready to staff the sites. And now that we're not mandating that it has to be all state-run facilities and only run by state employees, we are actually involving local individuals who are shunted off to the side. There are far more people that are engaged in this.”

Companies like Pfizer have also assured the governor that they also now have enough supply so there will not be shortages like earlier this year.