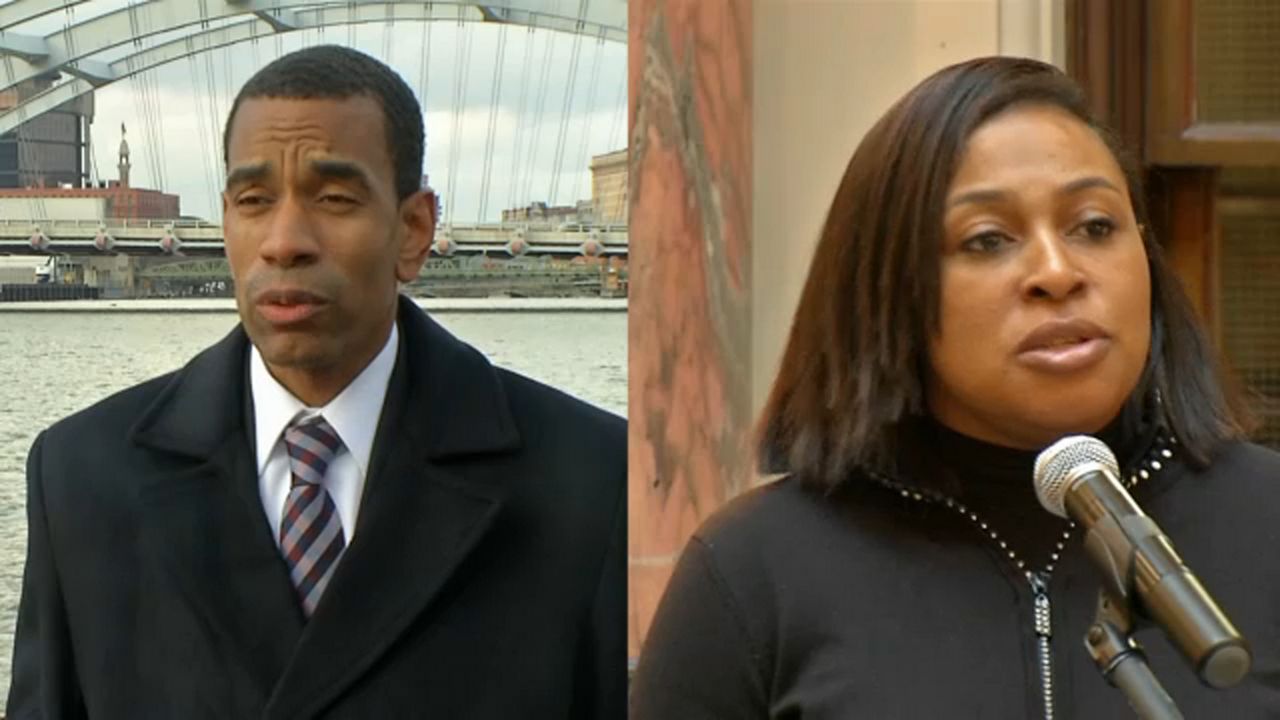 First Democratic primary debate for Rochester mayor in the books

The Rochester mayoral debate touched on many of the issues affecting the community, such as gun violence, education, jobs, the Police Accountability Board, and of recent interest, the arrest of Mayor Lovely Warren’s husband.

In his opening statement, Challenger Malik Evans says he looks forward to bridging the divide in the community. Meanwhile, Mayor Warren says she’s leaning on her record, and says she has continuously risen above adversity like many Rochesterians. @SPECNews1ROC

“I did not know about the guns or the drugs," Warren said. "I do not own the guns or drugs. And I have, and will continue, to move our community forward.”

But on that issue and all the others, both candidates refrained from attacking or even interrupting each other during the course of the hour-long debate.

After the debate, Evans said it was instead important to remain on message. Mayor Warren did not speak with media following the debate.

“Mrs. Smith on Smith Street is concerned about not having enough money to eat," Evans said. "It’s important because we are in a city where we had 130 people shot so far this year. So the issues are so critical for our community going forward.”

Mayor Warren asked about how the Prude investigation was handled, and the delayed info given to community. She says she was misled through the entire process, and made a decision listening to others which she now calls a “mistake.” @SPECNews1ROC

On many of the issues, like tackling gun violence with youth outreach, supporting the Police Accountability Board and using home ownership to create generational wealth, the positions of the candidates remained fairly the same.

But Evans said he’s running due to the breakdown in trust between the community and city hall, following the death of Daniel Prude last year.

“I think one of the things we stand apart in is my ability to build broad-based coalitions of people coming together, particularly after the last year we saw," Evans said. "I have a proven track record of that, if you look at my record of universal pre-K and bringing people together on that. And just my larger ‘outside of government’ activities, it’s about bringing people together.”

"When I finally saw the body worn camera video, I wanted to disclose," Warren said. "I have said that that was a mistake."

"This situation absolutely has torn the city apart," Evans said. "We weren't alerted about it until September, that is a long gap."

Evans says the community needed to know about the Prude case WHEN it happened. Warren responds again by talking about bringing BWC to #ROC- and how w/o them they never would’ve known about what happened to Prude. @SPECNews1ROC

But Mayor Warren says one thing the community can trust is her record, especially on issues like housing.