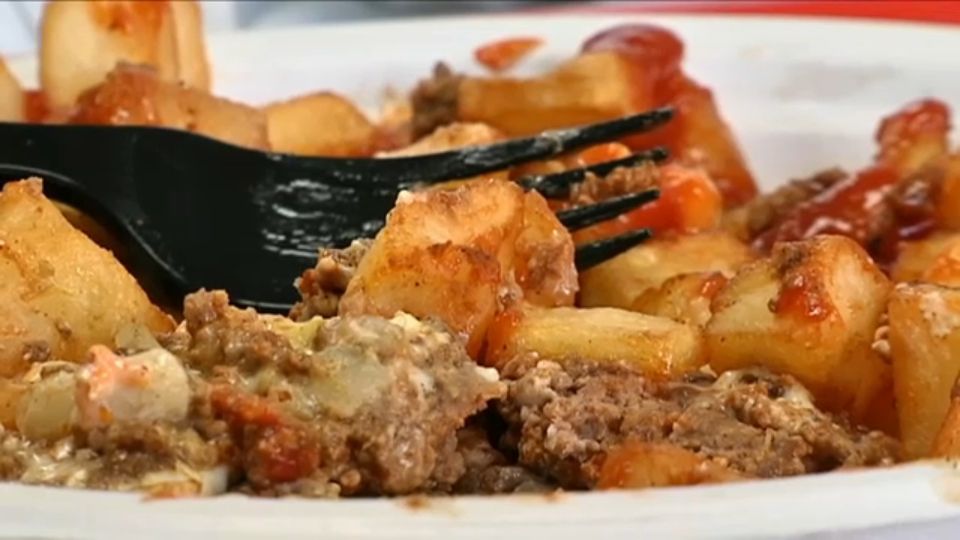 For the better part of an hour the two candidates for New York State attorney general went back and forth debating substantive issues. Yet, it was the first question in the lightning round — when they were allowed to answer simply yes or no — that seemed to stump Democrat Tish James.

Republican Keith Wofford quickly took advantage of the opportunity to draw a distinction between the two.

"Of course I've eaten a garbage plate," he said. "Just like my opponent says welcome to the Bronx, I say welcome to upstate New York. Welcome to Buffalo."

Actually, the dish is more well-known as a Rochester region staple. Wofford tweeted a photo of himself from last week shortly after the debate eating the sloppy meat and carbs dish with the Monroe County executive. On Wednesday, he went back to the famous Nick Tahou Hots for another.

"I think he is the upstate, he's the favorite son of upstate and he wants to make that plain. I'm not sure that he's broken through there yet. This may be a unique way of doing that and perhaps a more effective way of doing that," Republican analyst Kevin Hardwick said.

The James campaign pointed out she has been to 28 different counties over the course of the campaign, many upstate, including Monroe.

“Tish feels she’s been missing out, and is looking forward to trying a garbage plate and spreading the word about this Rochester culinary icon," campaign spokesperson Jack Sterne said.

Wofford said the debate made clear James is out of touch with upstate New York and says the state needs an attorney general who will represent all voters.

Hardwick said it's OK not to know something about cuisine as long as candidate doesn't insult voters and ultimately he doesn't think it will impact the election.

"I doubt it very much. I doubt most Democratic voters and I doubt most Republican voters know who either candidate is for attorney general. My guess is that they're just going to go right down the party line,” he said.