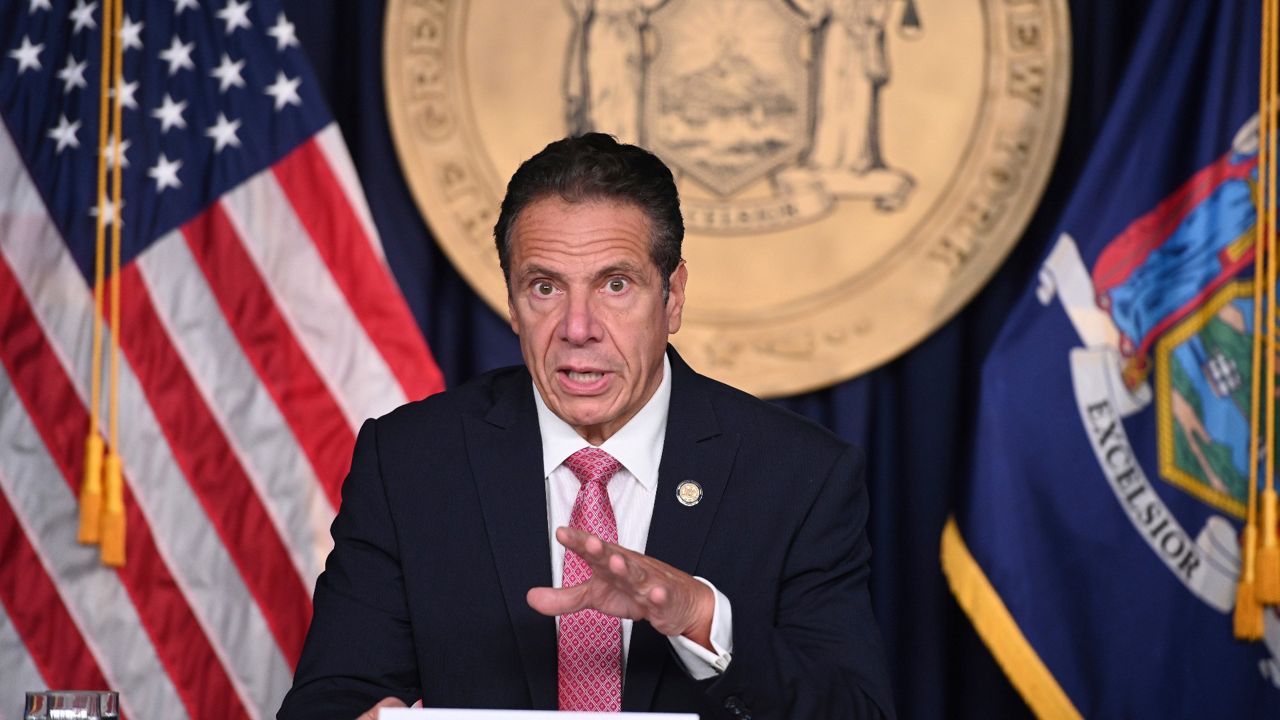 Cuomo Says Nursing Home Disclosure Should Have Been Prioritized

For nine months, Gov. Andrew Cuomo's administration did not release public data that was sought on the deaths of nursing home and long-term care facility residents.

For six months, Freedom of Information Law requests languished, a lawsuit was working its way through the courts and letters from officials elected by the people of New York were left unanswered.

On Monday, Gov. Andrew Cuomo acknowledged his administration could have handled the disclosure of the publicly available data better. He acknowledged the pain it may have caused the family members of those who have died over the last year.

But he stopped short of saying sorry.

"Apologize? Look, I have said repeatedly: We made a mistake in creating the void," Cuomo said at a news conference. "When we didn't provide information, it allowed press, people, cynics, politicians to fill the void."

Cuomo also decried the "conspiracy theories" that filled that void.

"I want everyone to know everything was done," Cuomo said at a news conference. "Everything was done by the best minds in the best interest. And the last thing that I wanted to do was to aggravate a terrible situation."

"Both houses were told that we had the DOJ request," Cuomo says.

Speaker Carl Heastie, per his office, says he had no knowledge of the DOJ inquiry.

The remarks were Cuomo's first public comments since the controversy grew last week after The New York Post reported a top aide to the governor told lawmakers the state delayed releasing the information publicly to them because of an inquiry by the U.S. Department of Justice.

The comments also come after Attorney General Letitia James's office found New York may have under count the deaths of nursing home and long-term care facility residents during the crisis.

A state court order also required the state release more information on the deaths of residents as part of a lawsuit filed by the Empire Center, a conservative think tank that sued to force the disclosure of the data after a Freedom of Information Law request was never fulfilled.

Losing the lawsuit meant the taxpayers of New York will be left to pay for the organization's legal fees.

But the Cuomo administration has defended its actions, pointing to the DOJ inquiry and the response to a second surge and vaccine distribution.

"Misinformation created a void and confused people and allowed conspiracy theories to fester," Cuomo said. "All these theories and all this negativity you say maybe father didn't have to die. That's the unforuntate circumstance."

And he insisted the Legislature was made aware the response to their inquiries would have to wait while the state responded to the Department of Justice. The last batch of information, Cuomo said, was sent to the DOJ in early January.

Assembly Speaker Carl Heastie's office has said the speaker was not aware of the DOJ inquiry at the time, though Cuomo poined to contemporaneous news accounts at the time. The inquiry so far has not led to a full investigation.

State lawmakers are considering pulling back Cuomo's pandemic power, something the governor said would be a mistake given the ongoing crisis. At the same time, there are calls for an investigation of the govenor's handling of nursing homes during the pandemic.

"There is nothing to investigate," he said. "I'm telling you, I agree to the Legislature's point."

Whether the news conference, which lasted more than an hour on Monday afternoon, will quell the anger among Democrats and Republicans alike is yet to be seen.

"The Governor seems incapable of comprehending that it was his Administration at fault, and nobody else," Ortt said. "He continues to shift the blame anywhere but upon himself and his top officials."