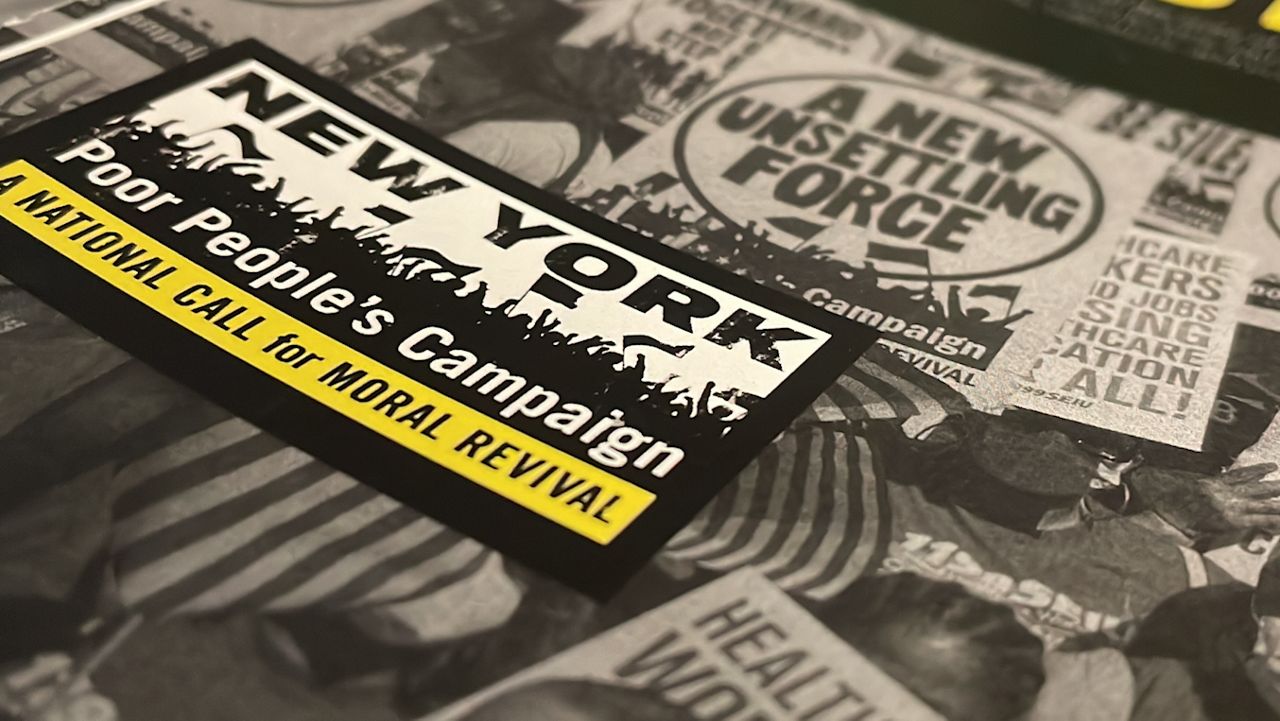 Campaign in Rochester aims to advocate, lift the voices of lower-income communities

ROCHESTER, N.Y. — Across the nation, people have come together to discuss and tackle issues regarding systematic racism, poverty and power for the people.

One organization in Rochester is launching a campaign to advocate and lift the voices of lower-income communities.

“We're here to tell our stories about poverty and the war economy, systemic racism, ecological devastation and the false moral narrative that says that poor people deserve what they got,” co-coordinator of the New York State Poor People's Campaign, Becca Forsyth.

“He had a lot of really important and radical things to say,” Forsyth said. “We still need to be listening to those words still today. The work's not done yet. There are 140 million poor people in this country, and it's time for us to come together.”

They are shining a light on several factors that have impacted lower-income communities. They partner alongside other local chapters to advocate for those struggling within today’s economy.

“The Red Campaign and the Poor People's Campaign are a natural fit because Rochester has one of the highest energy burdens in the country,” organizer of the Rochester for Energy, Michelle Wenderlich, said. “Democracy 37% of Rochester homes are paying up to a quarter of their income just for energy. And that's 44% for Black and Latino households. We need a nonprofit energy utility that's going to serve our needs in our community.”

They are using firsthand experiences from those who have struggled.

“I was in a shelter,” political educator for Poor People’s Campaign, Tyrone Hodge, said. “And it was a very tough situation for me. I came across an individual by the name of Sister Grace and along with being in the shelter that she provided. She also provided information where she did some salacious social work. And that’s how I learned about the PPC.”

They are also having guests share their own thoughts and comments throughout the session.

“I actually work for a mental health fair as a mental health therapist,” Jeremiah Knowles of Local Veterans for Peace said. “So I hear a lot of people's stories every single day about struggling with poverty and struggling with food insecurity for housing insecurity, and to be able to film that and then be able to spread that message is, I just think, so much more impactful.”

They are rising together hoping a change is to come.