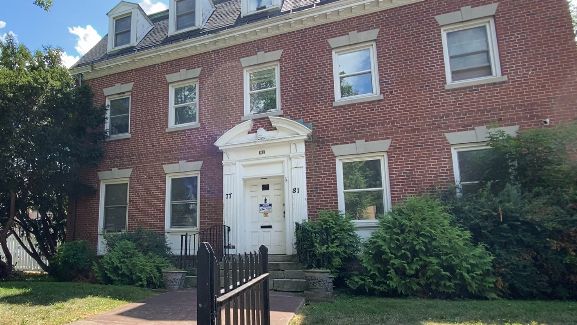 After Rochester's House of Mercy facility, which welcomed some 80 homeless people each day and night, was recently shut down indefinitely following the murder of a resident and injury of another, the remaining residents were in need of new housing.

Those staying at House of Mercy were temporarily moved to the building at MLK Park for a couple of days, but the public location was not suited for a long-term stay.

Andy Carey, co-founder of MC Collaborative & co-chair of REACH, is part of Rochester’s network of people and agencies working to help house the homeless.

"What we’ve always done as a community of homeless providers - I’ve always been impressed and individuals, churches, organizations - I’m always amazed how people will step up and try and figure things out," he said. "This is a really good chance for us to engage the 79, or however many people that were there, and try and figure out alternatives for them."

Now thanks to a generous citizen, an alternative has been found.

"Andy knew I had the building and he gave me a call and said, Joe, we need help. And I said, OK, you know, let's go ahead and do it," said Joe Polizzo, who recently purchased a building in the city which has been vacant for renovations.

He opened the doors for the people from House of Mercy to move in for now. They arrived Wednesday evening.

"It's in very good shape. Good enough to house everybody," said Polizzi, who has worked with Carey in the past and says he’s happy he was in a position to help. "Well, a big part of that is my relationship with Andy. And you know, if he asks me for a favor, if he needs something, I'm ready to step up because he doesn't ask for favors. It's always a give-and-take. And when he needs something, I'm there for him."

For the homeless community and those who are part of the outreach effort, the hope is that the tragedy at the House of Mercy can lead to something good.

"So, hopefully out of tragedy comes some good, I would hope," said Carey.

House of Mercy residents are expected to stay at the home for about two weeks, or the homeowner says for as long as necessary.