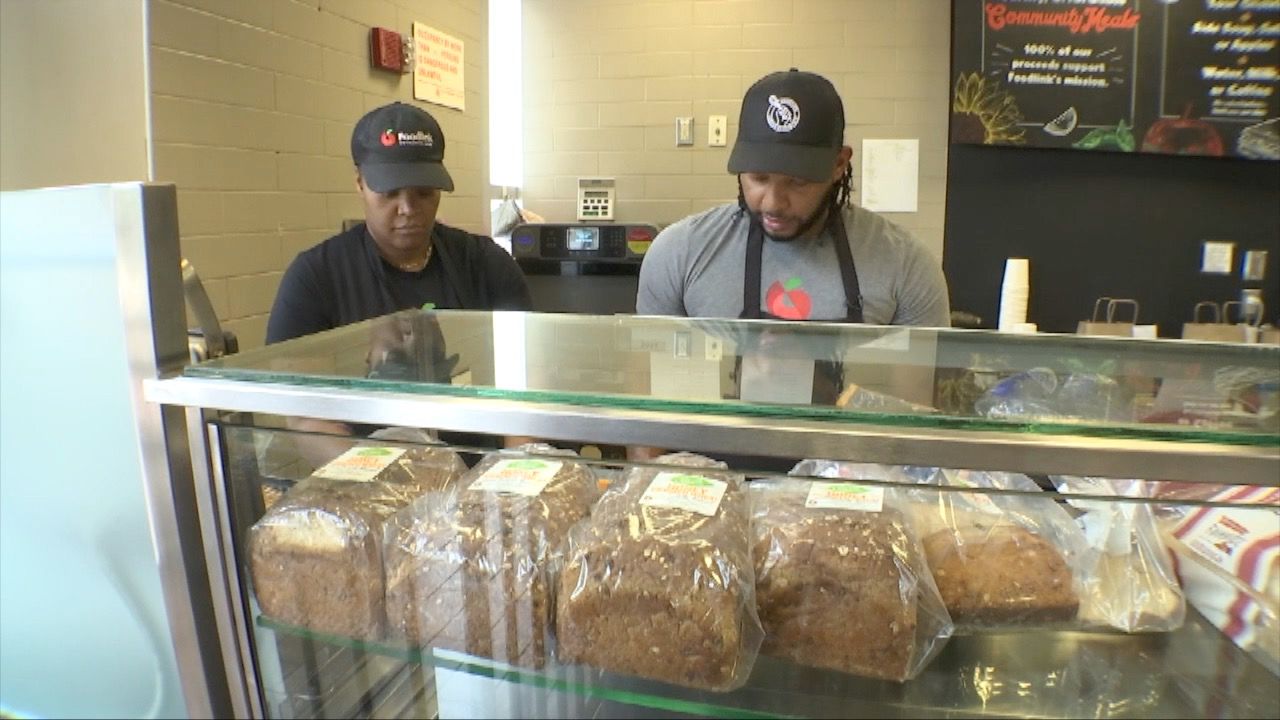 ROCHESTER, N.Y. — Have you ever considered learning the ins-and-outs of a professional kitchen? Foodlink is recruiting for its next career fellowship program, which prepares students for jobs in the food industry.

The way Clay Fox sees it, it doesn’t take much to make someone’s day. Sometimes it’s as simple as a sandwich.

“They don't come in all the time really happy or having a good day,” said Fox of the customers he serves. “And just something as simple as a good sandwich can change a whole person's day.“

Fox works at Foodlink’s Community Cafe, located inside the downtown Rochester Public Library. He’s part of a yearlong training program, preparing him for a career as a chef.

“I’ve always cooked,” he said. “I just literally started falling in love with the kitchen, and everything that I make, seeing people's reactions when they tried my food, it just gave me a joy. So I'm like, this is what I want to do in my life.“

While Fox learns his way around a professional kitchen, he’s also getting paid, which is helping his dream become reality.

Foodlink is now looking for applicants for its next culinary training class, which starts in September. The deadline to apply for the next class is August 19.

Bre’onn Hepburn runs the cafe. She was a member of the culinary training program’s inaugural class — leaving a good job in telecommunications to do so.

“It wasn't an easy decision,” said Hepburn. “But I just was working just to pay the bills, and I knew I couldn't live my life like that, just going to work every day just for a check. To be able to actually do something I love is fun. It doesn't feel like work.”

It’s the same feeling Fox has — loving the job he has now, he has bigger goals. Like owning his own food truck.

“So I'm actually working on all that now,” he said. “I work two jobs, saving money, that way when the time comes and I'm ready, I will get my food truck.”

If food is fuel for the soul, no one leaves Fox’s kitchen empty.

“You’d be surprised. Some people come here they‘re having like the worst time,” he said. “And then something as simple as a sandwich changes their whole mood.”