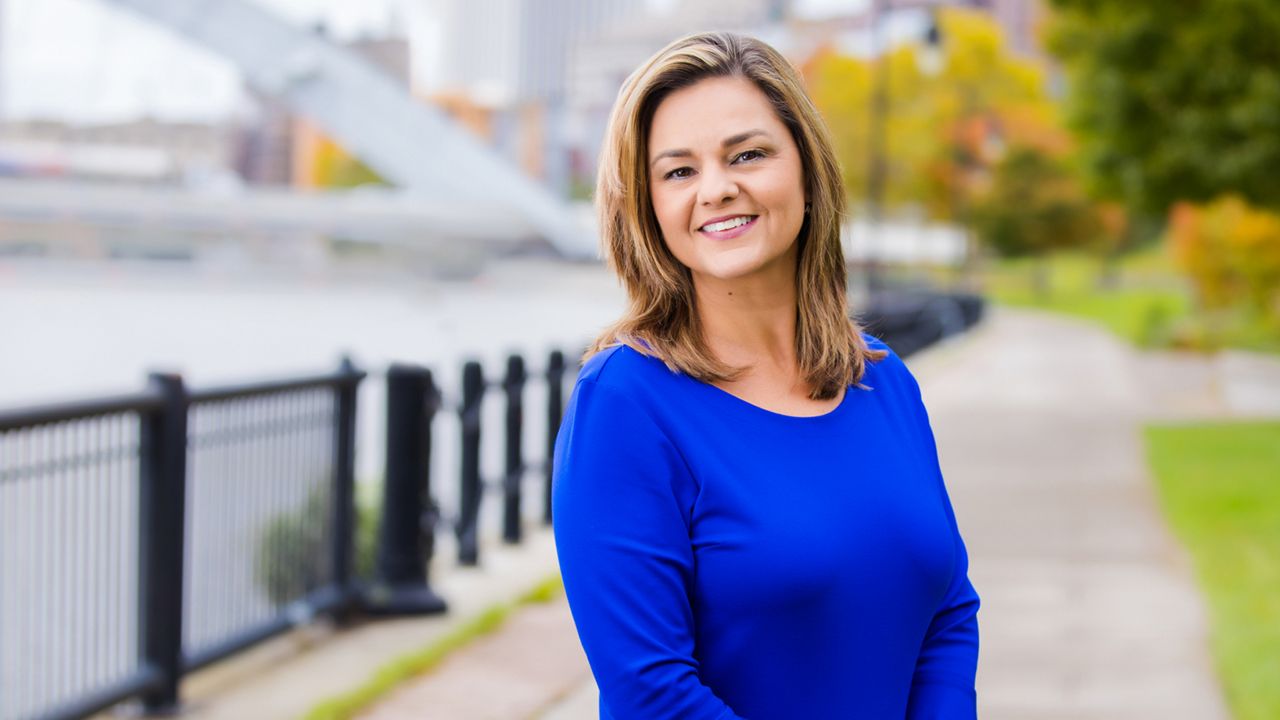 She is exacting and relentless and someone willing to square up and ask you, or the people in authority: what's going on?

When you're counting on someone to get it right, to tell you what's happening and why. What else could you ask for?

For 21 years, Cristina Domingues served this community and teamed with her colleagues to tell it like it is. An editorial leader whose voice helped drive the news you saw and heard here.

She is an immigrant, a first generation American committed to learning about her community by telling its story as she lives it.

You feel her intelligence the first time you meet Cristina. Boston College, Northwestern. She cut her teeth in New York City radio and then gave TV News a try, just months before 9/11. Journalism is what Cristina has done in all that time.

Ask her what's the story and she cuts to the heart of it in a blink.

As soon as she arrived, teammates grew to call her "Chica," the Spanish word for young woman, and friend. A name she appreciated, even though she is Brazilian, not Hispanic. It was one of the few of the few factual interpretations she let slide, for some.

Working with some of the best video journalists in the business here, Cristina grew as a TV storyteller.

Her reporting on criminal justice, in the streets, and the courts, led to her sharing the story of "the weight of the badge, a special program on local policing that earned her and Spectrum News an Emmy, just one of the many awards that would honor her work as a journalist, who never believed she was part of the story.

Her trips home to Sao Paulo made memories for she and her family that help her children embrace their mom's cultural roots, even as she's lived. She would often turn her work to children from at-risk communities; offering a platform for their stories to bring change. Cristina can relate. Mom, immigrant, volunteer, neighbor at the ready.

You got to see all of that once she hit the anchor desk. Few could lead you through live coverage of breaking news like her, digesting and instantly simplifying complex developments, in simple terms, that made you say to yourself: "Got it."

And you got to meet the Cristina who can make you laugh, and bust your chops, who could give it as well as she took it on the air with on-air partners like Wendy Mills and Mike Gouldrick.

The Cristina we see and hear all the time in the newsroom; someone quick with a laugh, ready to share her next recommendation for a streaming series, or her latest adventure as a travel sports mom.

We're going to miss Cristina - more than a reporter, an anchor, a documentarian, she is Chica.