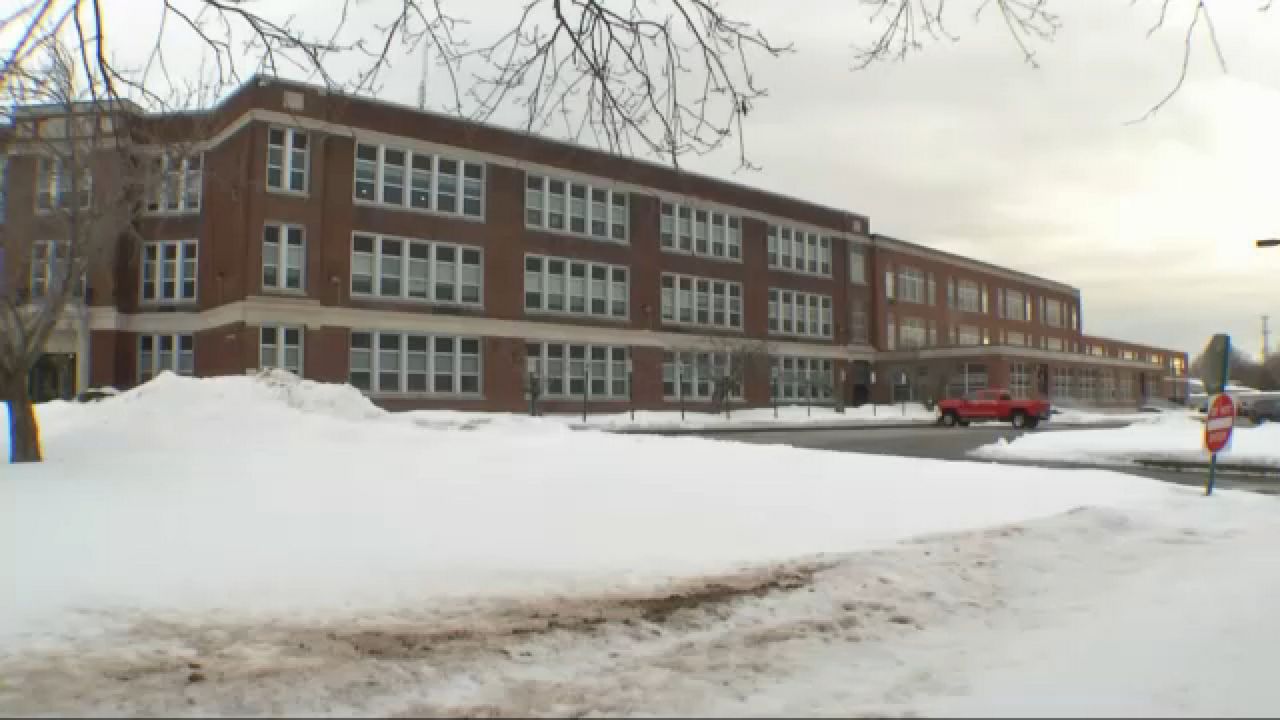 ​WEBSTER, N.Y. — ​A 12-year resident of the town of Webster, David Calus attended the Webster CSD Board of Education meeting on Tuesday evening, fully aware that masks would be required.

“Walking into the building, there are signs masks are required six feet, social distancing is required,” Calus said.

Calus accepted a mask at the door, signing up to speak, but did not put the mask on his face.

“And I sat there for 20 minutes, politely, peacefully observing the board meeting until the security personnel came up to me,” he said.

Calus’ son is a student in the district. He says he was planning to address the board about is concerns about masking students. Calus is opposed to school mask mandates.

“Should I have worn a mask?” Calus said. “Maybe, but if I'm there advocating on behalf of my child, you know, to go to school mask free while I'm wearing a mask, that's really not going to carry a lot of weight, right?”

So security stepped in.

While the district says Calus was asked to leave, Calus says, at no point did that occur.

Both the Webster Police Department and the Webster School District are investigating this incident.

A statement from Webster Central School District reads, in part:

“We understand that individuals have strong feelings about masking. We hear those concerns and are continuing to monitor the rapid changes in this ongoing pandemic. This week, the Monroe County Council of School Superintendents wrote a letter to Gov. Kathy Hochul advocating for guidance and guidelines regarding an exit strategy for masking and other mitigation strategies.”

And in a statement, the Webster Police Department says:

“While our school resource officers were present at the school during the meeting, they were not directly involved in the altercation…We have also spoken to the individual involved in the incident with school security…When the investigation is complete, we will make a determination on whether charges are appropriate.”

“Dave has a genuine concern for his son, of course, first and foremost, but a genuine concern for the parents and the other children in Webster, in Monroe County and in New York State who have been subjected to all of these ridiculous mandates,” attorney Chad Hummel, who is representing Calus, said.

“So any action that may come out of this as a result of what Webster did to him last night, if it can be beneficial for the children of New York State and the parents of New York State, that's probably going to be you know, number one priority right now,” Hummel added. “As opposed to any sort of you know, monetary demand from the school district.”

A school board meeting disruption, and a blatant violation of the rules, and one of the many a parents here and around the country  demanding a seat at the table when it comes to the decisions being made on behalf of their children.

“I'm disappointed, you know, and I know that I know that parents have not been able to make changes," Calus said. “We haven't had a voice in a very, very long time. So I'm hoping you know that that changes quickly.”