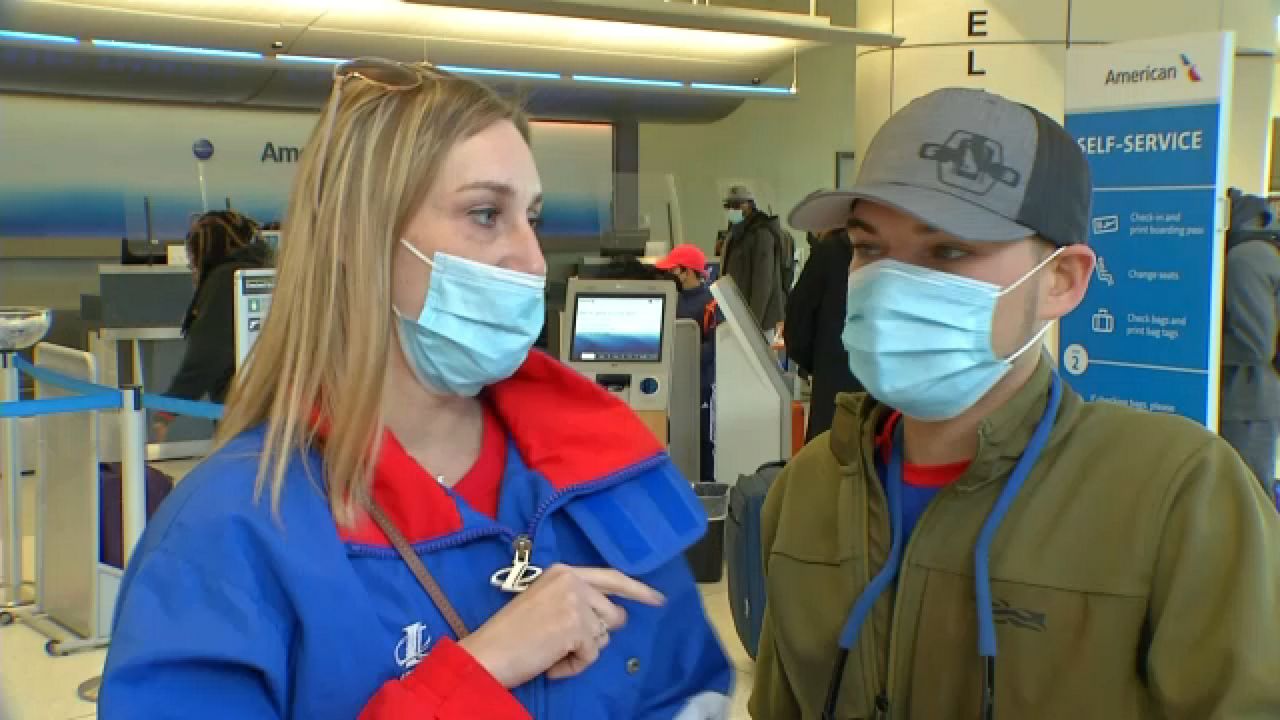 ROCHESTER, N.Y. — ​The Bills are set to take on the Saints down in New Orleans on Thanksgiving night. You’d think that would mean a lack of Bills fans in the Big Easy, but that may not be the case.

Spectrum News 1 caught up with Lisa Blaun and Andrew Underhill, a couple of fans from Genesee County flying out of the Rochester airport.

They’ll be at Caesars Superdome for the game and are meeting several other friends from the area down in New Orleans. They say they’re optimistic about the Bills chances.

“Hopefully they play better than last week,” the couple said. “Hopefully we’re thankful and Billieve for the Bills, you know?”

Regardless of the results, the two probably won’t mind as there heading to Aruba to finish the trip off.