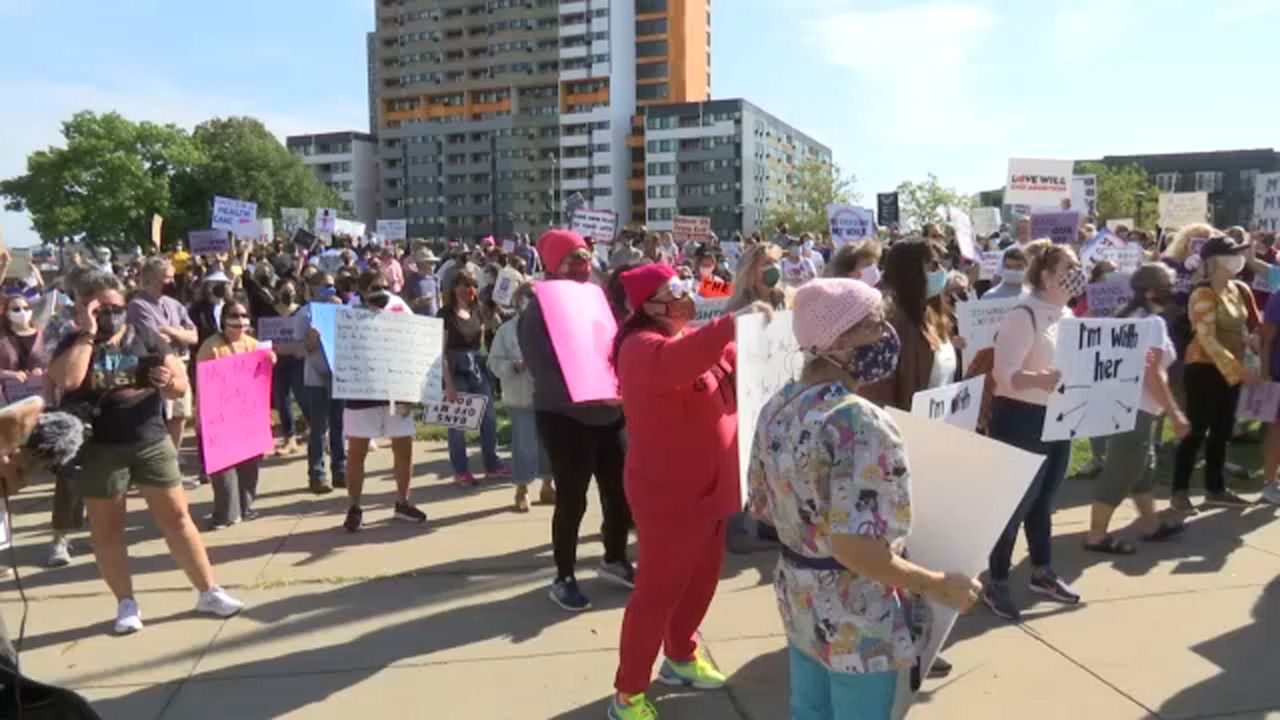 ROCHESTER, N.Y. — Rochester joined cities nationwide in the 2021 Women's March to stand up for abortion rights, but those marching were also met with a counter protest.

Hundreds at Dr. Martin Luther King Jr. Memorial Park united in outrage over the six-week abortion ban that was passed in Texas. Ashley Teague, a Webster Town Board candidate who organized the Women's March in Rochester, explains that most women don't even know that they are pregnant within that time span.

"With what's going on in Texas and with the Supreme Court justice deciding not to pay attention or stop it, it could very much strip Roe v. Wade,” Teague said. “So it's important that we are a part of this to make sure our voices are heard and that are rights our protected and that we keep laws to protect us."

Just a few feet away, there was a counter protest was led by Feminists Choosing Life of New York.

"Life is difficult,” Joy said. “Life throws you curve ball. That everybody has their struggles and difficultie, but when recognize the sanctity of human life and how precious life is, we as a community have to come together to support those that find themselves in [those] situations."

Beyond the rally, Teague hopes everyone pays attention to local elections because that could make all the difference for the future of reproductive rights.

"It's important to have this choice because since the beginning of time, people have dictated our bodies and we continually have had to fight for our rights,” Teague said. “So we need to be able to have our choice to be able to make on our bodies."

The group then marched around the city.