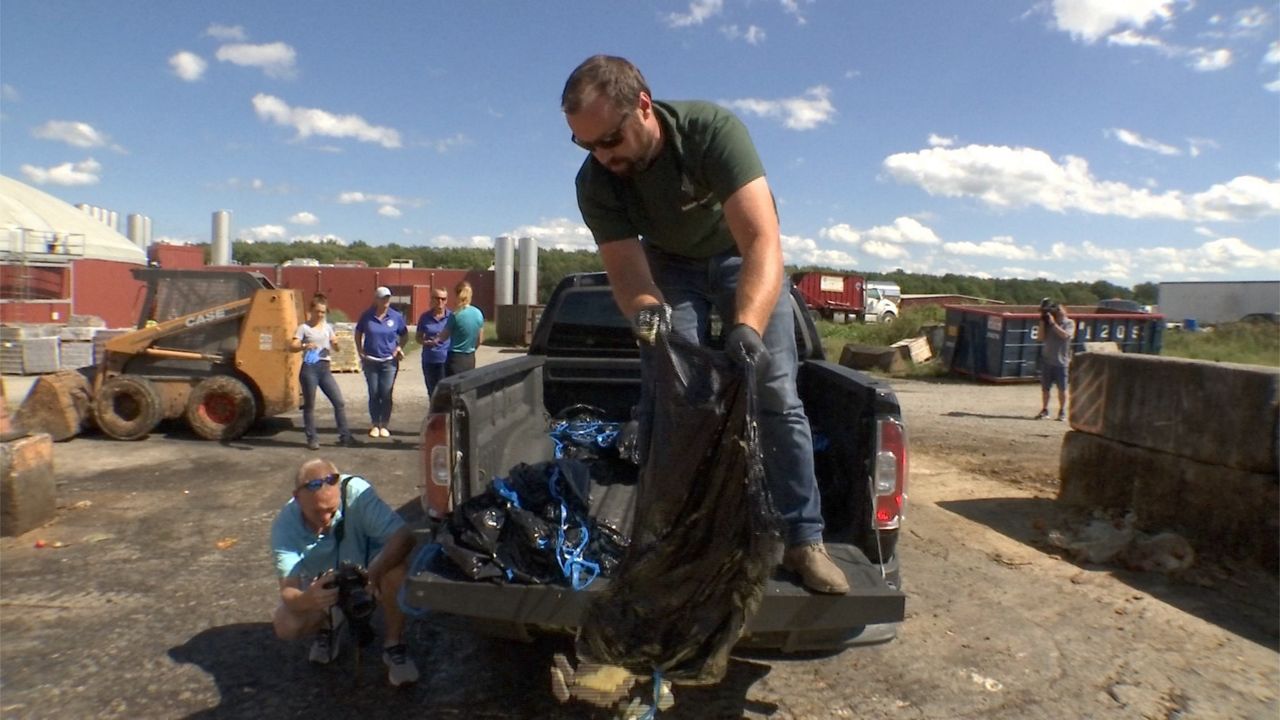 PAVILION, N.Y. — When the New York State Fair ended its 18-day run this week, folks wasted no time dismantling one of the fair’s big draws. But what happens to that big butter sculpture that’s as much a part of the fairgrounds tradition as the midway rides? It winds up on a Western New York farm.

Life on the farm, for Chris Noble, can get just a bit messy.

“Around here you gotta wear boots,” said Noble, of Noblehurst Farms in Pavilion.

The 800 pounds of butter Noble unloaded on a recent day from trash bags in the back of his pickup truck is part of a new way of farming.

Eight-hundred pounds of butter sculpture from the New York State Fair’s main attraction was broken down, bagged and transported two hours away to Noble’s farm for recycling.

“Being a farm, we need to be a good neighbor,” said Noble. “And these are activities that they really appreciate.”

All that butter will actually be used to make electricity, which will help power the farm. Food waste from grocery stores and markets — and what’s left of the butter sculpture — are mixed with cow manure and dumped into a 1.3 million gallon digester that creates bio gas. It’s then turned into electricity that’s sent out through the power grid.

“It is a separate kind of skillset than the dairy farm, you know, milking cows, tending crops,” He said. “You're running, essentially, a small power plant here.”

This is the sixth year Noblehurst Farms has recycled the butter sculpture. The farm’s renewable energy operation began in 2014.

“Part of it is just demonstrating to consumers that we are good stewards of the land and the environment,” said Noble. “It protects our social license to operate, being a good neighbor to our community.”

That’s the most important part: Keeping manure out of the fields and food waste out of the landfills — being a good neighbor with a new way of farming.