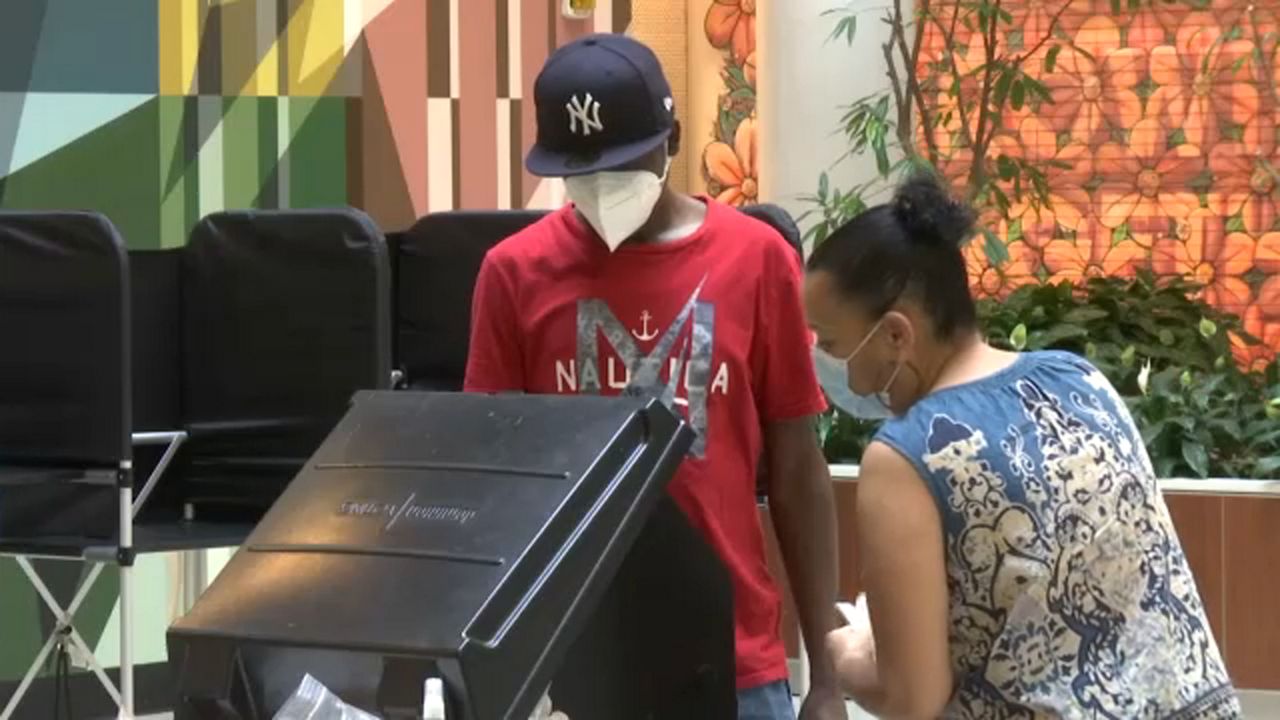 Voters like Brett Daly of Irondequoit and Wilson James of Rochester took advantage of early voting an hour after the polls opened.

"I see it as a civic duty, and early voting makes it real convenient,” said Daly. “I often come down here to take a walk, and it was available. So I thought it was great opportunity to come out and do this."

"It was early in the morning and I could get out here and get it done so that's why I came out," said James.

It also didn't take long for Democratic Rochester mayoral candidate Malik Evans to get his first known vote, from his wife, Shawanda. But he is going to wait to cast his ballot.

Mayor Lovely Warren came out to vote around 12:30 p.m., but declined to speak with Spectrum News 1 afterwards.

"I think that there is some enthusiasm,” Nicolay said. “And I think there will be a decent turnout at least among city Democrats and this is just the first day. We still have absentee ballots. We still traditional day of voting on the 22nd. So it's a little too early to tell. But I think in general the community does feel motivated to vote."

As both Mayor Warren and Evans try to rally as much support during the early voting period, Evans wanted to send a message to voters.

"Vote for a Rochester that you believe that we all deserve,” said Evans. “A Rochester where we can and not just survive, but thrive. And that's what I am standing for and that's what am I running on. And I hope that voters recognize that and vote for me during the early voting period or on the 22nd on actual primary day."

More than 650 ballots were cast for the first day of early voting in Monroe County.

For early voting times and locations and what's on your ballot, click here .

To find out who is on the ballot, where your polling place is and whether you are registered to vote, click here.

More information on the primary can be found here.