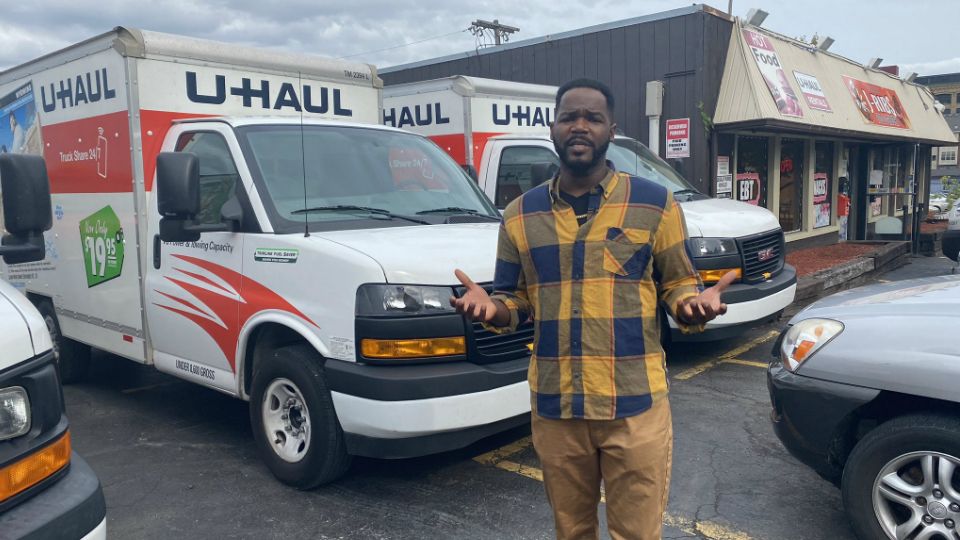 A Black-owned business is speaking after losing three U-Hauls to what he calls an agitator during protests early Sunday morning.

Happening now fire on State st. Avenue: we heard a pop and saw this U-Haul on fire. #roc @SPECNewsROC pic.twitter.com/cthTC0w9HM

“I put my blood, sweat and tears in this business," Barksdale said. "I’m proud to be Black-owned in America right now.”

But he doesn’t just sell ribs.

“I put ribs on the grill one day, and it happened to be a niche. People were like, ‘wow, ribs,’ ” Barksdale said.

He rents U-Hauls too.

“It’s a great combination, it actually works," Barksdale said. "You can come in and rent a U-Haul and actually get some energy, meaning a Red Bull and ribs on your way out.”

But he says early Sunday morning he got a call that is every business owner’s worst nightmare.

“I immediately, of course, hopped out of bed, rushed down like a bat out of hell,” Barksdale said.

During protests, he lost three U-Haul trucks that were set on fire.

He says police later arrested a white man from out of town found in the area, who they believe may be connected to the fires.

“I was shocked. Whoever did this, did it to me. It’s really unfortunate.” Barksdale said.

As a Black business owner, he says what happened during what was supposed to be a peaceful protest is awful.

“The race for equality is a real thing in America, and I think everyone needs to recognize that. And just be better,” Barksdale said.

But he says the community has been nothing but supportive since: helping him clean up, donating money, and patronizing the store.

“So many people who haven’t been here heard, and came down," Barksdale said. "And that’s priceless. Thank you guys.”

In fact, Michelle Daniels came to the store Monday to say she was launching a GoFundMe with a couple of others for Barksdale.

“It’s up to us, whether you’re Black, white, Hispanic, Asian; if you’re in the community and somebody attacks you, they attack us. So it’s up to us to come together and help out,” Daniels said.

And he says that’s what Rochester is about.

“There’s a lot of unity in Rochester," Barksdale said. "And it’s not just white people, it’s not just Black people. It’s everyone.”