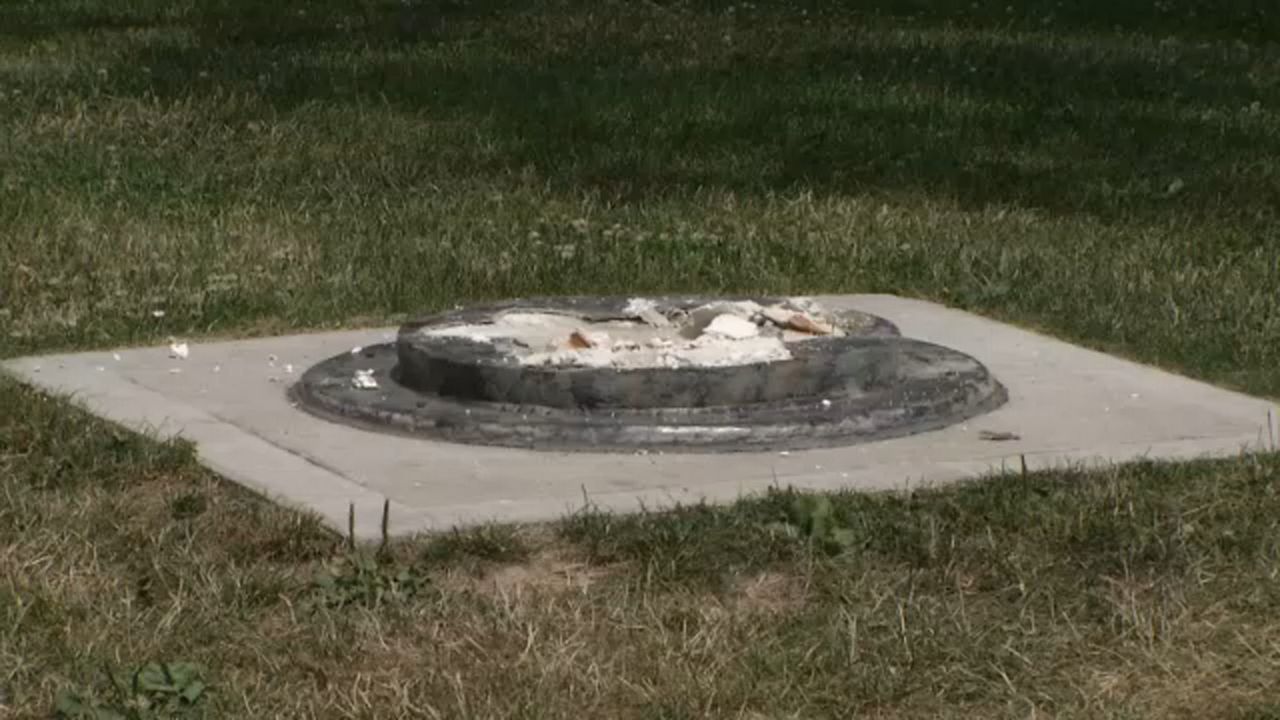 Rochester Police say a Frederick Douglass statue in Maplewood Park was vandalized after it was removed from its base and placed over a fence leading to the Genesee River gorge.

The statue was found 50 feet from its pedestal leaning against the fence on the gorge side.

Police say the statue suffered damage on its bottom and left hand. Authorities also tell Spectrum News that no grafitti was found on the statue or at the park.

The statue has been recovered and is currently receiving repairs.

A criminal mischief investigation is ongoing.