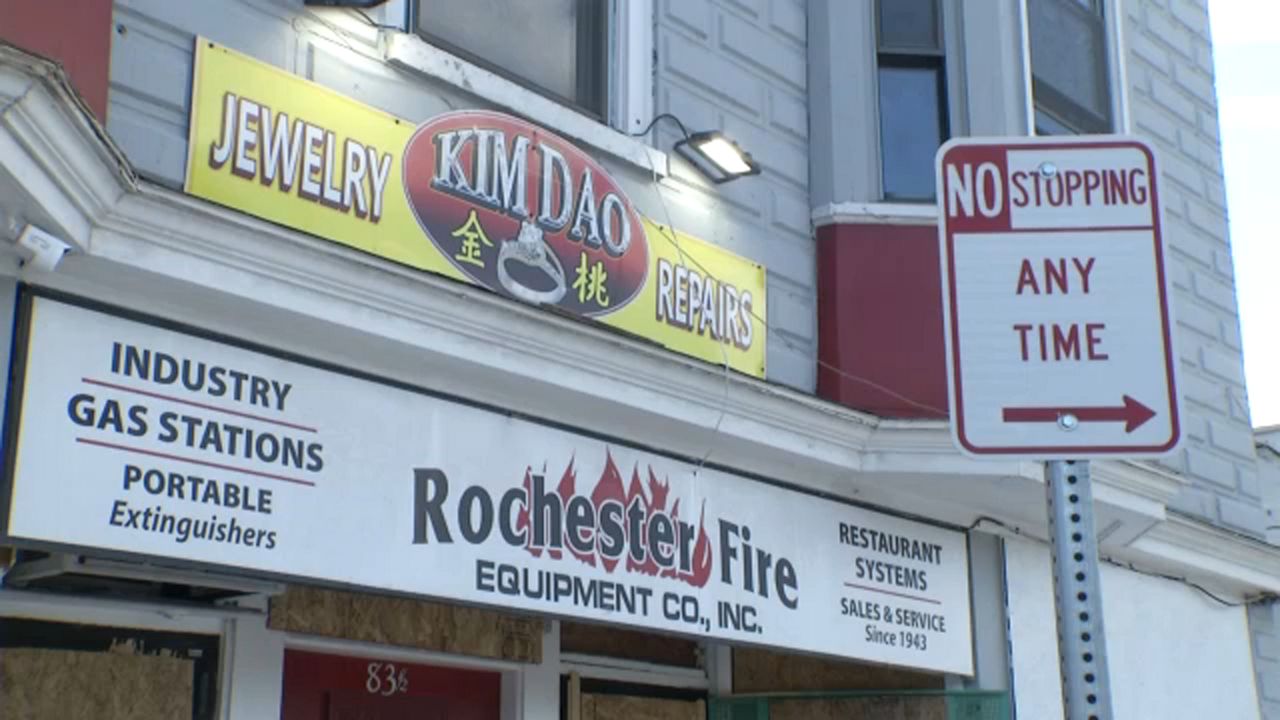 Several businesses were looted in the Greater Rochester area, including a commercial property at the corner of Howell Street and Monroe Avenue. A tenant stepped in to help, which lead to a vicious attack.

Madison Mavity, 24, says looters and vandals broke into the exterior of her home late Saturday, which is connected to Rochester Fire Equipment and Jewelry Kim Dao Repairs. The incident, captured by cell phone and surveillance video, involves a group of about six men.

“We called 911,” said Mavity, “and no one ever came; we get they were busy but that was just crazy.”

Several cameras show the looters breaking glass windows, some with two by four lumbers. Mavity took the initiative to speak up and defend the storefront, but things escalated quickly.

Mavity was attacked by the looters. Her husband was also there, pleading for the group of men to stop.

"The one kid in the orange hoodie kind of just came at me,” said Mavity. “My husband tried to defend me but [an attacker] grabbed my shirt and pulled me around and down. Meanwhile, my husband was trying to get them off me and eventually he did get me up and back inside.”

Mavity and her husband sustained injuries.

“My husband’s hand is crazy hurt. We need to go to the hospital and get that checked out. I thought I maybe had a concussion; there was a ringing in my ears but that went away. The whole left side of my body is bruised.”

The Rochester Police Department says an investigation is underway.

“This is just senseless violence,” said Mavity. “I think we have to keep that in mind. I don’t want to bring negative connotation to what the Black Lives Matter movement is trying to say because I don’t think that they were a part of it.”rt of it.”